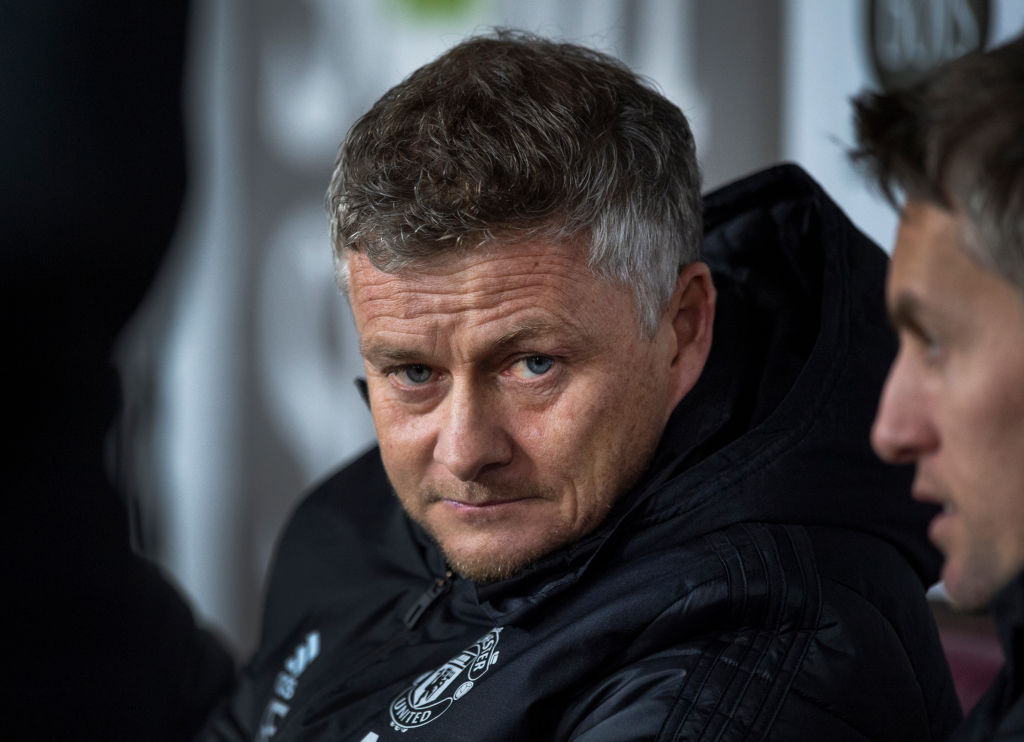 Ole Gunnar Solskjaer hit back at Paul Pogba’s agent Mino Raiola, after the super-agent launched an attack on Manchester United.

Raiola claimed the club would ‘ruin [Diego] Maradona, Pele and [Paolo] Maldini’ in a stinging attack and vowed that none of his players would be joining the club any time soon.

He made it clear in no uncertain terms that he was looking to move Pogba, who is set to miss the next four weeks with injury, on – comments that didn’t sit well with Solskjaer.

Asked if agents should speak about clubs, Solskjaer replied:’No.

‘I can speak to Paul about it. I don’t think I should talk to – or about – agents that talk about us.

‘But Paul is our player and agents are hired by players – not the opposite way around. It is not agents’ players, it is our players.’

Asked if he had told Pogba he was upset over Raiola’s comments, Solskjaer refused to answer.

‘What me and Paul are talking about, I don’t have to talk to you about,’ he added. ‘That will be between us.’

United return to action on Saturday evening in the FA Cup against Wolves.