Greenwood burst onto the scene last season, scoring 17 goals in all competitions, but has struggled to live up to expectation this time around.

The 19-year-old failed to find the back of the net in 10 games over December and January but returned to goal-scoring form in the 3-2 FA Cup win over Liverpool last month. 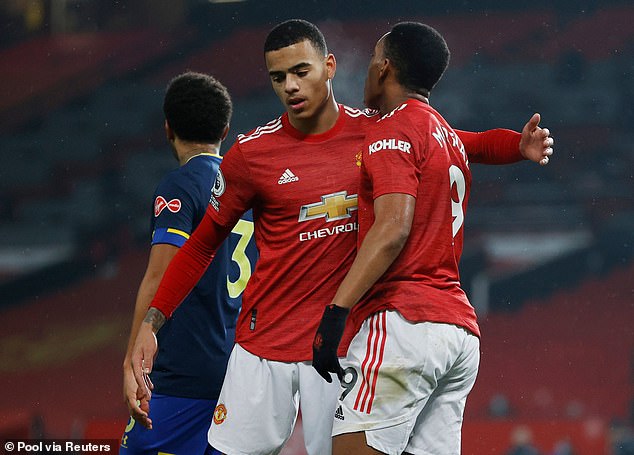 Greenwood was also impressive in the recent Premier League games against Southampton and Everton and Solskjaer has been delighted with what he has seen from him in recent weeks.

‘Ah, Mason was different class,’ Solskjaer said on the eve of his side’s FA Cup fifth round clash with West Ham.

‘I thought he was the standout performer on the pitch [against Everton]. He just didn’t get the goal that his performance deserved. 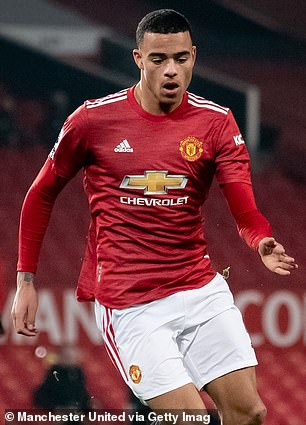 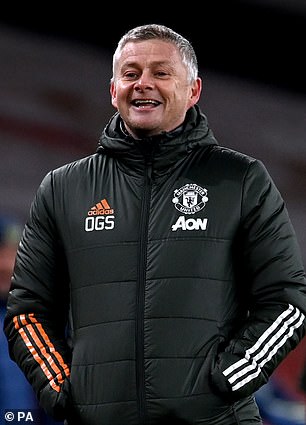 Greenwood has had the added bonus of working with Edinson Cavani on the training ground this season after he arrived in the summer.

Solskjaer believes the Uruguayan’s presence is having an impact on Greenwood that is starting to show results on the pitch.

The Norwegian added: ‘He’s improved and matured immensely, and he’s working with some of the top forwards in the country, of course.

‘He’s learning off them, and it’s exciting to see that he’s come over his blip and is playing really well.’

After back-to-back impressive performances, Greenwood will be hoping he can continue his rich vein of form against West Ham on Tuesday night and in the Premier League against West Brom on Sunday.