Ole Gunnar Solskjaer has compared Edinson Cavani’s role at Manchester United to that of Teddy Sherringham’s in the late 1990s as the Norwegian looks to guide the club to a first title in eight years.

Despite a shock 2-1 defeat at home to bottom-of-the-table Sheffield United on Wednesday night, the Red Devils are still second in the table and one point off leaders Man City.

Cavani, who joined the club in October after his contract at PSG expired, has proved influential with his five goals so far this season and Solskjaer compared the Uruguayan’s influence to ex-England international Sherringham when he joined United from Tottenham in 1997. 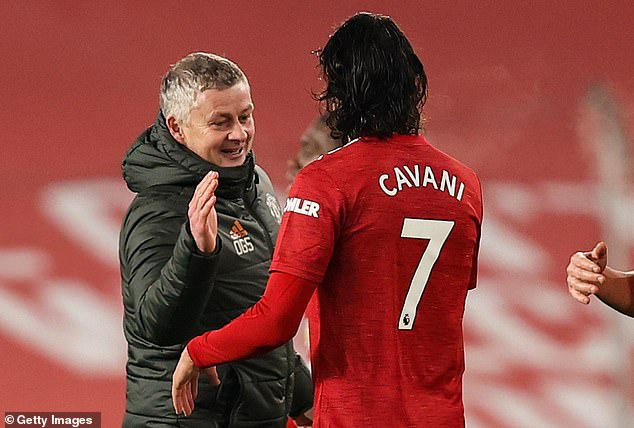 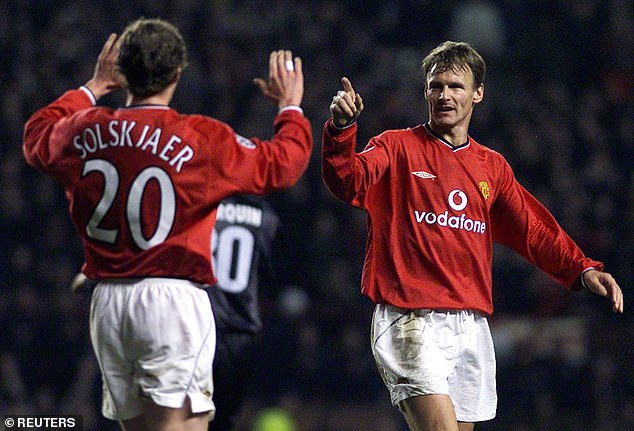 Solskjaer made note of how Sherringham carried himself around the training ground helping out younger players, including himself, and can see a similar manner from 33-year-old Cavani.

‘Teddy came in 1997 with his experience and I learnt a lot from him. I think he [Edinson Cavani] has come in and almost been a similar type of influence,’ Solskjaer told Sky Sports.

‘We were young strikers learning off Teddy, now Cavani has Mason, Marcus and Anthony learning off him. Edinson has been a great addition.’ 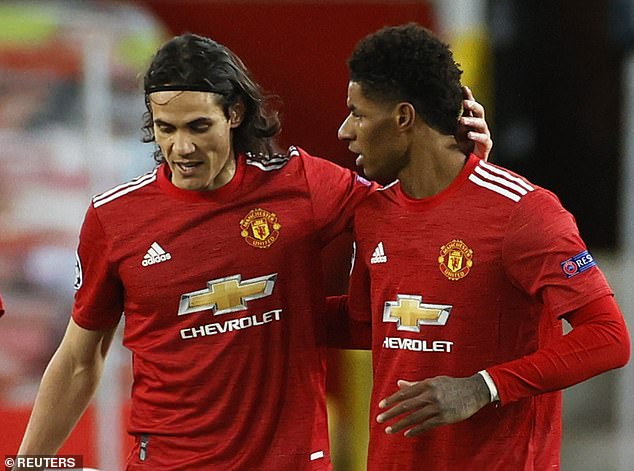 ‘He [Cavani] leads by example, he goes about his job professionally,’ Solskjaer continued. ‘It’s his passion, he loves football, he loves working hard for the team. It is never me before anyone else, the team is always first.

‘If he makes a mistake he is the one who is always trying to make up for it. If he makes a run to the near post and misses he will do it again and again. He believes in what he has been doing his whole football life.’ 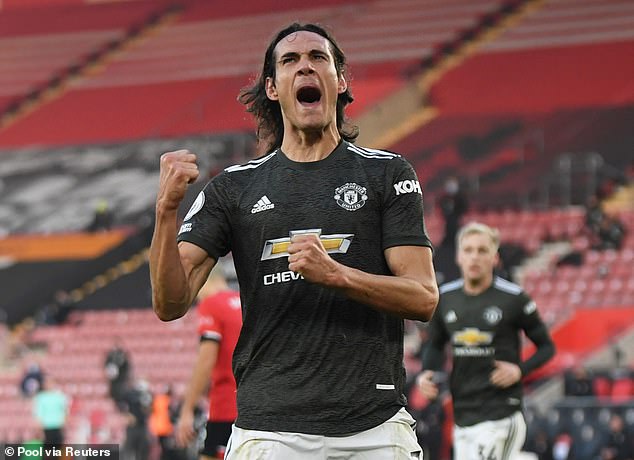 The Uruguay international, who netted match-winning goals at Southampton back in November, is PSG’s all-time record goalscorer after seven successful years in the French capital and before that was the star man at Napoli.

He is pushing for a start as United look to get back to winning ways at Arsenal on Saturday evening.

United lost at home to the Gunners back in November, but then went on a 13-game unbeaten run in the league before that stunning loss to the Blades in midweek.