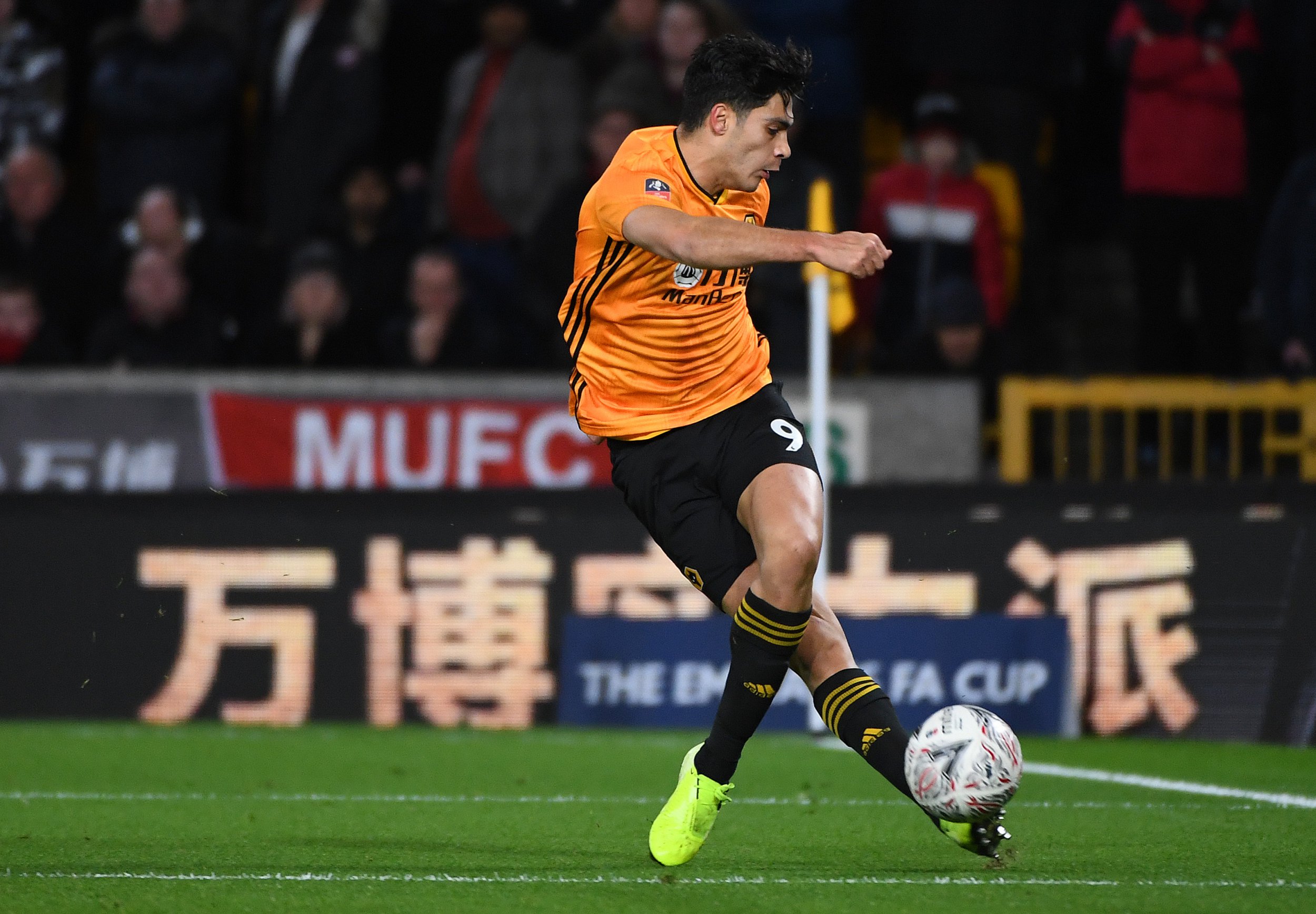 Solskjaer missed out on signing his compatriot Erling Haaland earlier this week after the Norwegian striking sensation completed his move to Borussia Dortmund.

The United manager is reported to have already identified two alternative targets in the shape of Wolves striker Jimenez and Red Bull Leipzig’s Timo Werner who is also coveted by Chelsea.

Mexico international Jimenez has been a revelation at Molineux since his arrival from Benfica and came as close as anyone to winning Saturday’s FA Cup tie between United and Wolves, striking the post from the narrowest of angles after he was introduced as a second half substitute.

Responding to the prospect of losing his leading marksman, who has scored 17 goals in all competitions this season, Nuno said: ‘ This is the first time I heard it.

‘Ole didn’t mention anything about that. The transfer window is open. When it is open anything can happen. We are delighted to have Raul.’

Wolves and United now replay at Old Trafford in 10 days’ time but despite having already packed in five matches in the space of 14 days, Nuno insists he is happy to remain in the hat ahead of the fourth round draw.

He said: ‘I have to respect the players and give them time to recover but my players love to play.

‘This is our life. Another game is OK, we are used to it. It is a tough schedule but we will play there.’

Those sentiments were echoed by Wolves defender Matt Doherty who had a second half header ruled out when the ball inadvertently struck his arm on its way past Sergio Romero.

He said: ‘The header went in off my arm, I knew straight away it would be ruled out.

‘It went against us but that’s what the technology is for, I can’t really complain.

‘We have played nearly a whole season already – 36 games – but we are adults and won’t complain.’