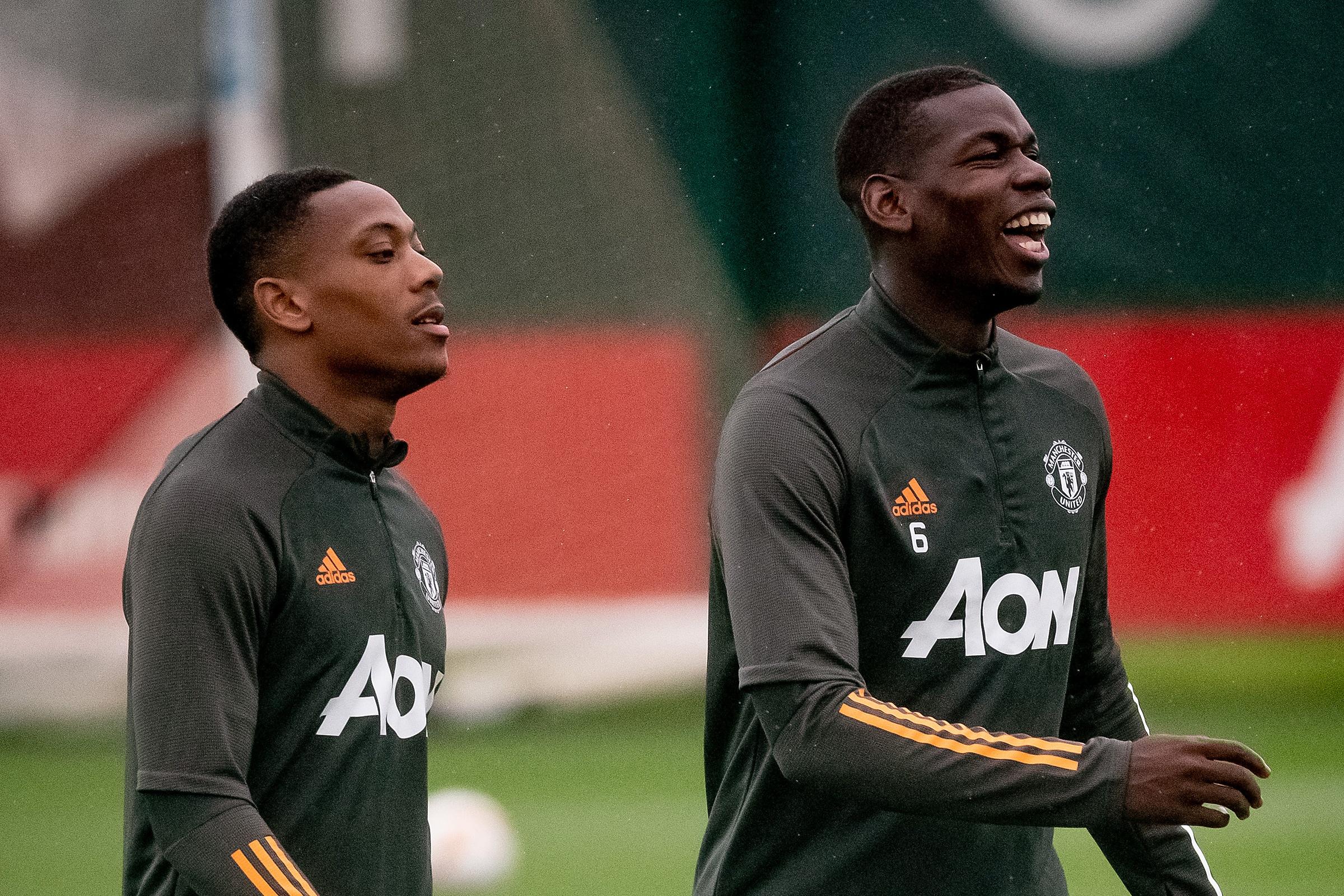 Manchester United players were back on the training ground on Tuesday as their return to Europa League action edges nearer.

United welcome Austrian outfit LASK to Old Trafford this evening in the second leg of their last-16 tie.

Odion Ighalo, Dan James, Juan Mata, Mason Greenwood and Andreas Pereira all scored during the first leg to give United a commanding lead, having ran out emphatic 5-0 winners at an empty stadium in Linz in March in what was their final fixture before football’s coronavirus shutdown.

Central defender Eric Bailly was pictured taking part in training on Monday and could feature against LASK after recovering from the head injury he suffered during the FA Cup semi-final defeat by Chelsea at Wembley last month.

The likes of Bruno Fernandes, Paul Pogba, Anthony Martial, Fred and David de Gea were among the other stars pictured being put through their paces under the watchful eye of Solskjaer at Carrington.

United will attempt to win their first piece of silverware under Solskjaer’s reign in the Europa League, but they do not need to win the competition to secure a return to the Champions League having finished third domestically courtesy of a 2-0 win over top-four rivals Leicester on the final day of the 2019/20 campaign.

Barring an extraordinary sequence of events, United will face either FC Copenhagen of Denmark or Turkish champions Istanbul Basaksehir in the quarter-finals.

One of Olympiacos, Wolves, Sevilla or Roma would then await in the last four, should the 2016/17 Europa League winners progress that far into this year’s competition, which from the quarter-finals onwards will be a straight knockout tournament held across four cities in Germany.

Scroll through the gallery above to see the latest pictures of Manchester United in training ahead of their Europa League return….