The new concussion substitute rule has ‘failed its very first test’, according to brain injury charity Headway, who say the guidelines are ‘deeply flawed’.

Diop clashed heads with Anthony Martial in the 36th minute but, after receiving on-pitch treatment for two minutes, carried on playing until the break, before he was eventually withdrawn under the new rule. 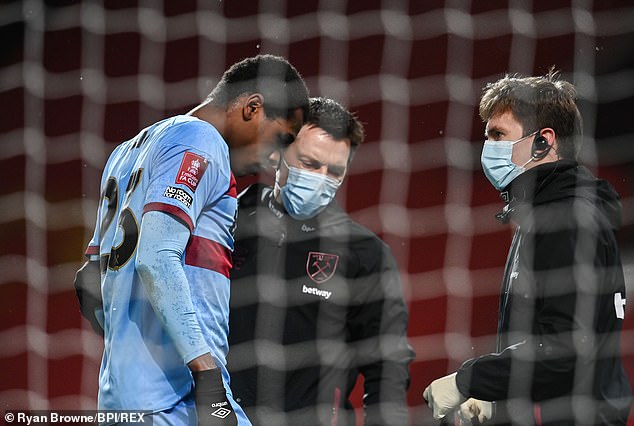 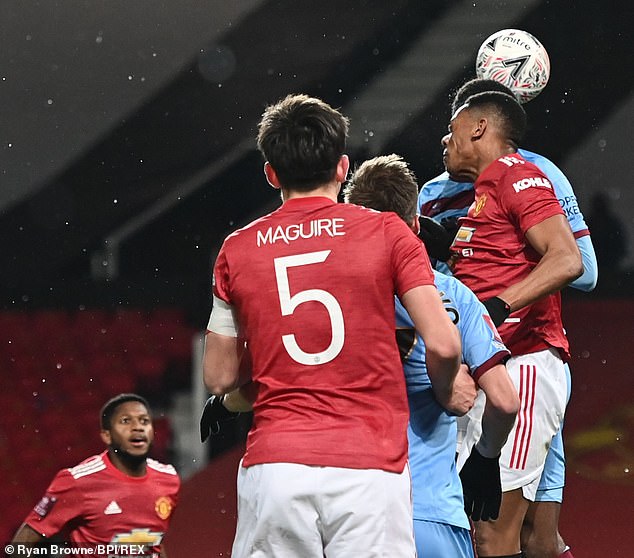 Permanent concussion substitutes are currently being trialled in English football and allow teams to make two permanent subs in the event of head injuries, in addition to their three regular changes.

However, the Diop incident has backed up Sportsmail’s call for temporary concussion substitutes, which would allow time for players to have a thorough off-pitch assessment, eliminating the risk of further injury while a team decides whether the player has sustained a serious head injury and needs to be permanently removed.

Peter McCabe, chief executive of Headway, said: ‘The decision to allow Issa Diop to return to the field of play after being assessed for concussion in just two minutes while still on the pitch shows just how deeply flawed this new protocol is. 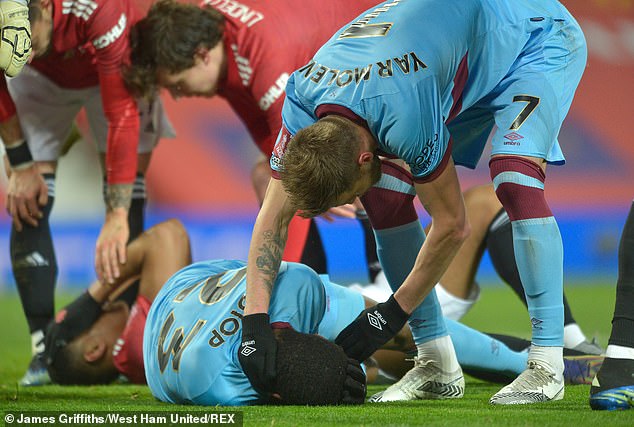 ‘When this rule was introduced to much fanfare, we warned that it would make very little difference in terms of protecting players from the risk of more serious injury.

‘Had the FA followed the advice of Headway and other leading experts by introducing temporary substitutes, as successfully used in other sports, Diop would not have been at risk of exacerbating the injury to his brain during the seven minutes he was allowed to play on before half time.

‘Instead, he could have had a longer assessment, which would have included the 15-minutes of half time, in a quiet treatment room. This would have given the medical team more time to make their decision.

‘The new protocol has failed its very first test. FIFA and IFAB must act now to alter the rule and introduce temporary concussion substitutes to avoid such unacceptable risk being taken in the future.’ 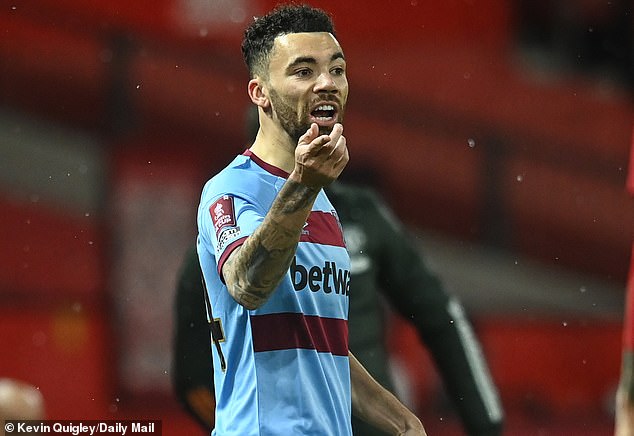