Micah Richards has heaped praise on John Stones for winning his place back at Manchester City when it seemed as if his time at the club had come to an end.

Stones has been linked with a move away from City in recent months but has fought his way back into Pep Guardiola‘s plans and helped repay the faith placed in him by scoring the opening goal in City’s Carabao Cup semi-final win over rivals Manchester United.

A rejuvenated Stones turned in a free-kick early on in the second half before Fernandinho put the tie to bed with a wonderful second – sealing City’s place in the April showpiece against Tottenham. 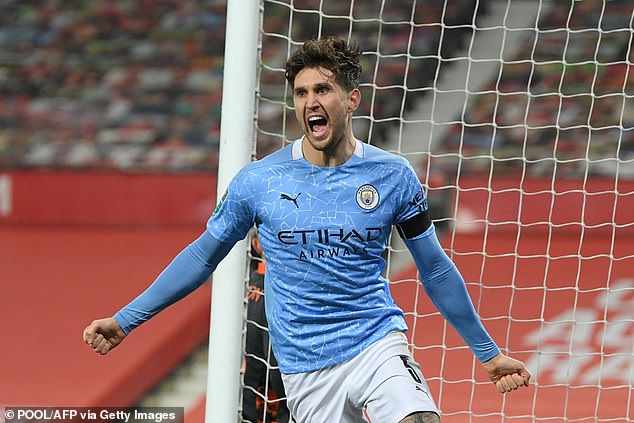 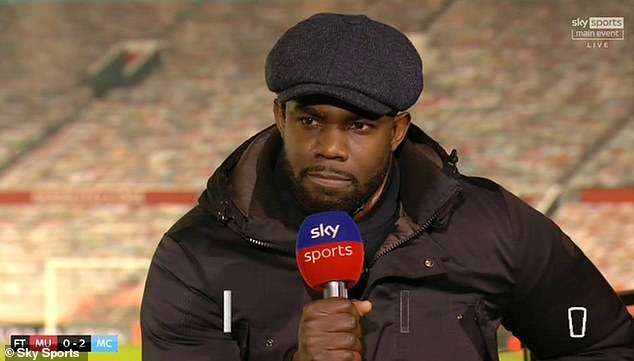 City now have the chance to claim a fourth straight Carabao Cup when the face Jose Mourinho’s side at Wembley but Richards was delighted for his compatriot after the win at Old Trafford.

‘It shows his character,’ Richards told Sky Sports. ‘He’s been outstanding since he come back. When you’re going through a difficult time or period in your career and you think your days are over, it is hard.

‘I’ve been there myself but he showed his character in his performances and he’s been outstanding. Him and [Ruben] Dias today absolutely run the show at the back and I’m just happy for him. 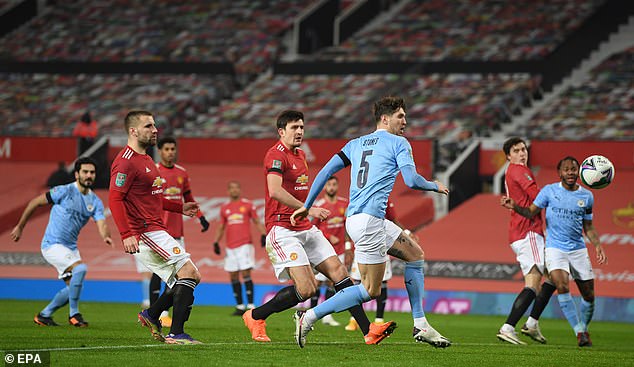 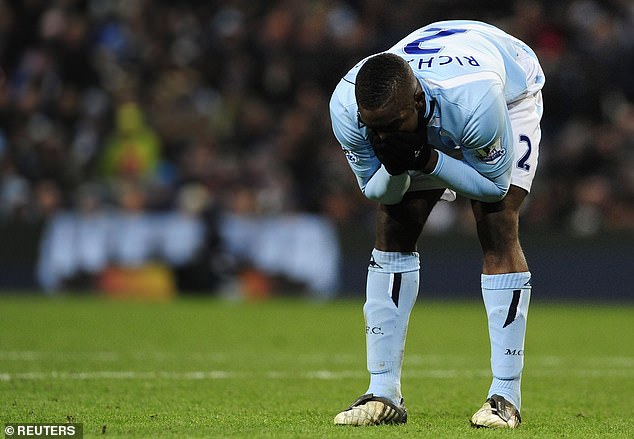 ‘I’m happy for him because it’s difficult when you’ve got so much money at Manchester City and they can go buy another defender just like that, it shows his character and his willingness to show everyone what he can do.’

Stones dedicated the win to club great Colin Bell, who died at the age of 74 on Tuesday after a short illness.

‘I’d like to send our condolences for Colin Bell and his family,’ Stones said after the game.

‘I think how we played today was a reflection of him. A great moment for us and hopefully he is looking down on us. It was a great occasion, another win against another of the top teams.

‘[Pep Guardiola] just said ‘same again, same mentality, same everything’. We dealt with the problems well and just tried to be more clinical in the final third. 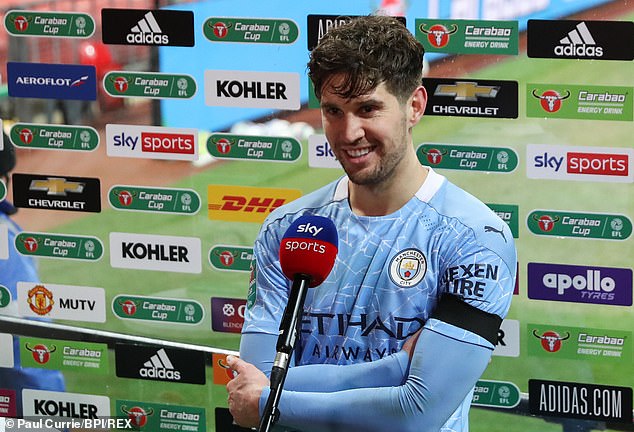 Stones dedicated the semi-final win to club legend Colin Bell, who passed away this week

The 26-year-old revealed he is happy to get back in the side and is hoping that it will stay that way going forward.

‘I’m just working hard, just trying to play as many games as I can,’ Stones added.

‘I want to give everything to the team and stay true to myself – see what I can do, what I can improve on.

‘Playing these big games is something I thrive off and I just want to play well.’