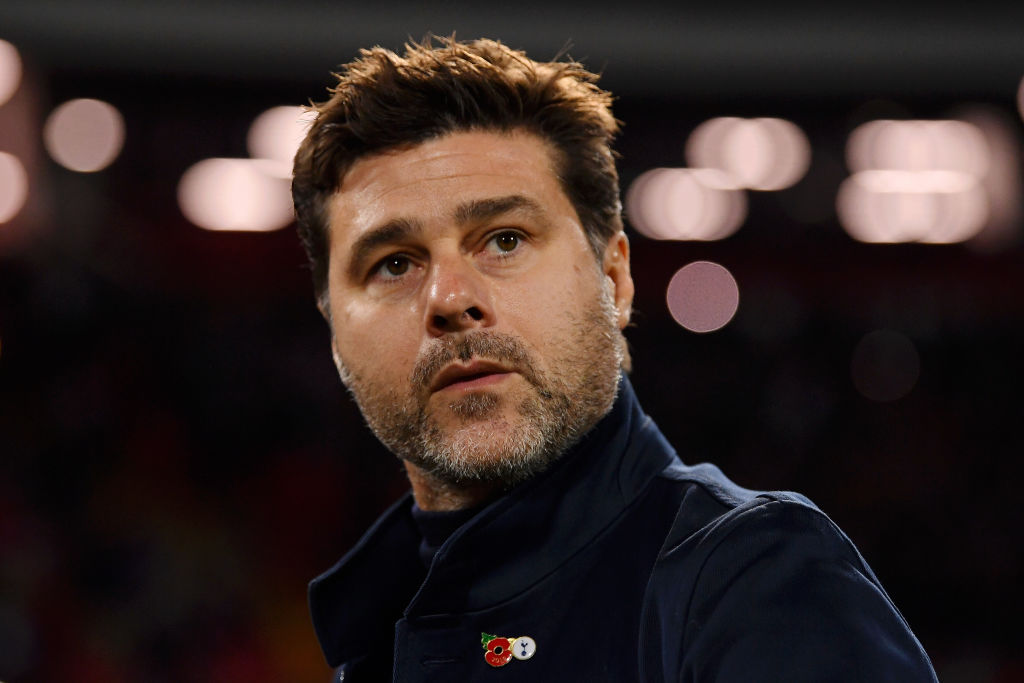 Mauricio Pochettino admits he would ‘love’ to return to the Premier League and says he is ‘ready and waiting for a new challenge’ as he continues to be linked with a move to Manchester United.

The Argentine manager has been out of work since being sacked by Tottenham in November, just five months after he guided Spurs to the Champions League final.

Despite his recent axing, Pochettino is still regarded as one of the best coaches in the world and a number of clubs have expressed interest in securing his signature.

While Manchester United are sticking by Ole Gunnar Solskjaer for the time being, Ed Woodward has reportedly put Pochettino on a three-man shortlist to replace the Norwegian if results fail to improve.

And Pochettino has reiterated his desire to return to England and says he believes his next challenge will be ‘fantastic’.

‘To be honest, I would love to work in the Premier League,’ he said on the In The Pink podcast.

‘It’s going to be difficult, I know, and for now it’s a moment to wait and we’ll see what happens.

‘It’s a moment of recovery, to think about yourself a little bit, and to be ready because in football always something can happen and you need to be ready.

‘I’m ready and waiting for a new challenge. I have the belief and confidence that the next challenge will be fantastic.’

Pochettino largely impressed at Tottenham after joining the club from Southampton in 2014, transforming Spurs into Premier League and Champions League contenders.

But Spurs made a disappointing start to the 2019-20 campaign and were 14th in the English top-flight when they decided to part ways with Pochettino.

Tottenham have climbed up the table under former Chelsea and Manchester United manager Jose Mourinho and are just four points below the top four ahead of Sunday’s trip to Aston Villa.

Before the winter break, Mourinho’s side clinched a 2-0 victory over defending champions Manchester City and progressed in the FA Cup at the expense of Southampton.