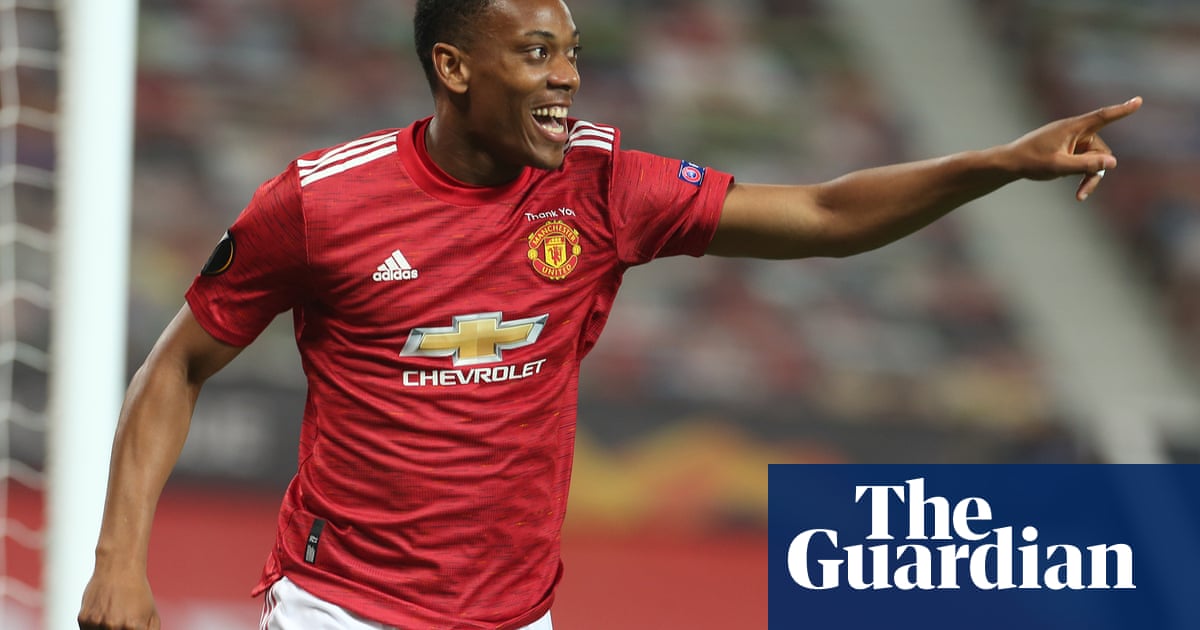 Manchester United stuttered while keeping Lask at arm’s length in a last-16 second leg that was the definition of a non-event given their five goal advantage. They will not care, though, as thoughts for Ole Gunnar Solskjær’s side turn to Monday’s quarter-final against FC Copenhagen, the Danish champions, in Cologne.

That is a straight knockout tie as is the remainder of the competition United won three years ago in Stockholm. For the manager and his emerging side the Europa League now represents a golden chance to claim its first silverware and this will be the focus when they arrive in Germany.

Solskjær made nine changes from the XI that clinched third place at Leicester City but only two from the 5-0 win in the first leg: the injured Luke Shaw was replaced by Timothy Fosu-Mensah and Bruno Fernandes was named as one of the 12 substitutes to allow Jesse Lingard a start.

Given how this was – Brandon Williams and Harry Maguire apart – Solskjær’s second string here was a chance to see how they could fit into his system and style of play. The answer, in a moribund opening half, was not well.

Instead, the visitors enjoyed a promising opening spell during which they forced a corner on the right. Peter Michorl’s effort was cleared by Fosu-Mensah for a second corner that was again delivered by Michorl. This found United in disarray and Andrés Andrade hit Sergio Romero’s bar before Philipp Wiesinger sprayed the follow-up wide to the relief of United. This, broadly, was the pattern of the game in the first hour in Austria. Then, Dominik Thalhammer’s side failed to turn the odd chance into an opening goal. Michorl was the latest Lask player to pass up a chance when collecting a René Renner pass near the D he blasted high: Romero should have been tested.

Fosu-Mensah, whose combination with Juan Mata along the right showed flashes of promise, now hit one ball straight out for a goal-kick that was United in microcosm thus far. Solskjær’s men were sleepwalking. A Michorl free-kick smacked at Scott McTominay was as much a wake-up call as some clumsy Maguire defending – an odd air-header – moments before in his area. The captain’s aerial prowess in the opposition box also faltered when Mata dropped a rare United corner onto his head – he failed to force Alexander Schlager into action in Lask’s goal.

Soporific was a fair adjective to characterise the game as the interval neared. That the Austrians had not made United pay reflected a toothlessness in the danger area. For a side assembled on a budget akin to a League Two side this is understandable. What United’s excuse for being so average was unclear. A Fosu-Mensah burst in behind the Lask defence just before halftime was his side’s ‘best’ moment, though his cross only found Schlager’s gloves.

This was the fate of a Daniel James ball after neat Fred-Lingard interplay had the wide man running along the right in the second half’s opening move. Now, finally, United had a first attempt on target though Odion Ighalo’s shot again found only Schlager. There was scant surprise when Lask did, at last, score. This came after Fosu-Mensah scrambled Reinhold Ranftl’s cross out for a corner. Fosu-Mensah again cleared but only to Wiesinger who fired a 20-yard bullet past Romero.

Stung, United equalised instantly. A Mata ball sprung Lingard, who after taking a relative age, finished with the aid of a Wiesinger boot as the No 6 tried to help Schlager.

Solskjær made a move, replacing Lingard and Fred with Andreas Pereira and Paul Pogba. The arrival of the latter will not have cheered Lask as they now faced a team with two World Cup winners as the Frenchman joined Mata. They were also 6-1 behind on aggregate and were left with 25 minutes chasing a United side in the ascendant.

Tahith Chong was given the last 20 minutes by Solskjær, the 20-year-old replacing Williams in a first outing at left-back. As might be expected a contest that had never truly started petered out – a definition which is true, too, of the United career of Alexis Sanchez, who is expected to join Internazionale imminently on a free transfer. By the end the 18-year-old Teden Mengi had made his bow in United colours and fellow substitute Anthony Martial scored his 23rd goal of the season to clinch victory.