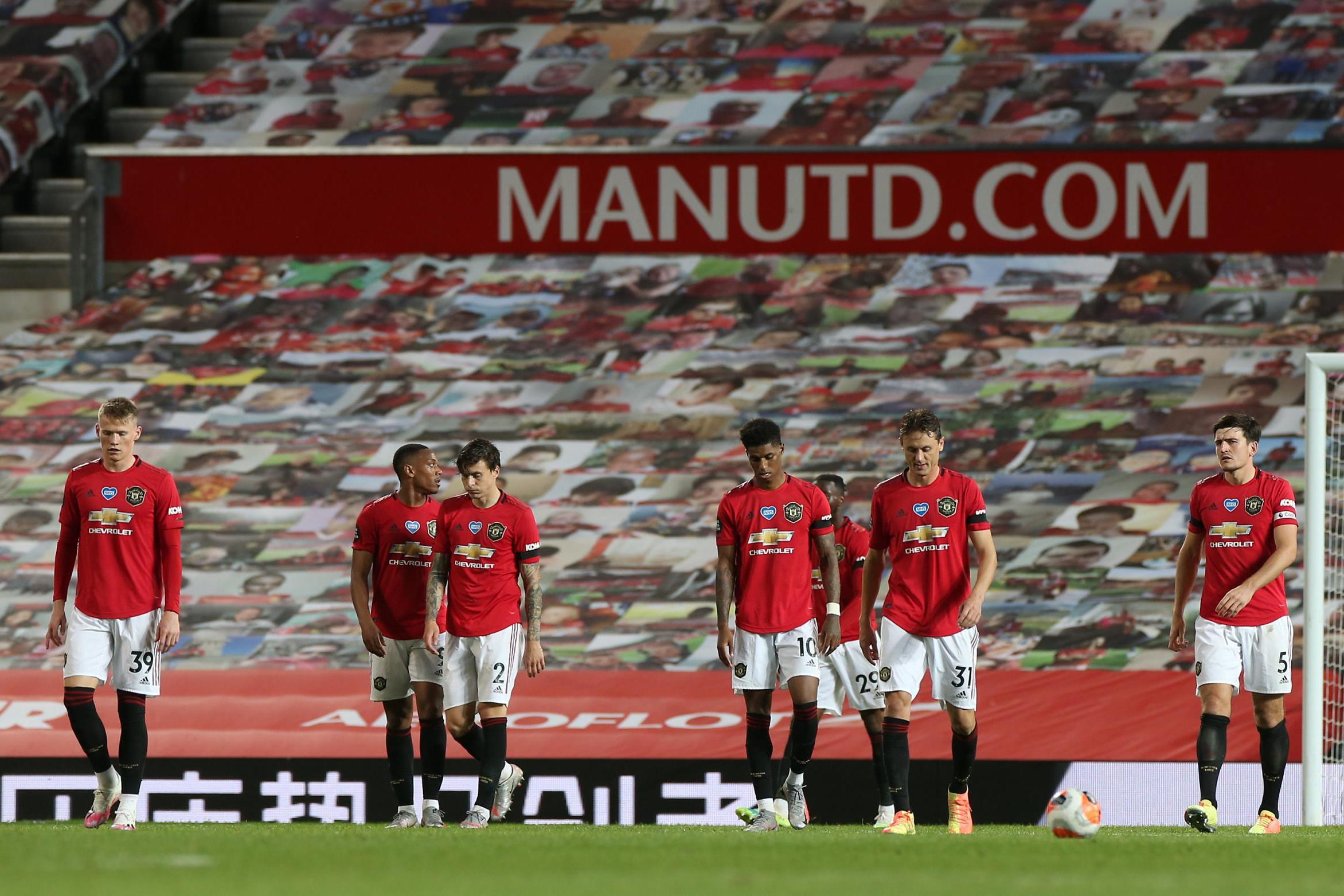 A top four finish remains in Manchester United’s hands – but this felt like a hammer blow to Ole Gunnar Solskjaer’s developing side.

Their unbeaten run extends to 18 games – but failure to capitalise on defeats to Chelsea and Leicester over the weekend raises question marks as the season reaches a tense finale.

Does this young and vastly improving team have the nerve to see out the job and grasp Champions League football? Or will their confidence be hit in the manner of previous setbacks under Solskjaer?

Time will tell – but with Leicester to play on the final day of the season they know they control their own fate.

Still, a 2-2 draw provided a check to the enthusiasm that has surrounded United since football’s restart.

Southampton were good for their point and the warning signs were there when David de Gea produced an outstanding fingertip save late on. But Solskjaer will know this was one that got away.

His team never looked at their fluid best, but they created enough openings to add to their 2-1 lead.

Marcus Rashford, in particular, was denied by a last ditch block from Kyle Walker-Peters in the second half, while Anthony Martial failed to beat Alex McCarthy when one-on-one when the game was goalless.

Paul Pogba endured a frustrating night, with his touch and timing off throughout. Bruno Fernandes was oddly subdued, while Mason Greenwood failed to get involved in the game despite his outstanding form of late.

Too many of United’s players were off – yet it is a measure of the number of game-changers they have in their side that they still carved out a number of clear-cut chances.

On another day they would have taken them. On this day Southampton rode their luck and capitalised late on when Michael Obafemi turned in an injury time equaliser.

Solskjaer doesn’t need telling that his team is still a work in progress. He has refused to get carried away with the hype of recent weeks – but does believe he has the basis of a title-challenging side next season.

If that is to be the case, these are the type of performances he needs to eradicate.

In an era when 95 points-plus are required to be crowned champions, United need to turn indifferent performances into wins.

It looked like they’d overcome another test of their character when Pogba’s lack of concentration cost them a goal after 12 minutes.

Martial had just been denied by McCarthy when through on goal when Pogba was caught in possession by Danny Ings just outside the area.

Solskjaer could not have asked for a better response from his team, who scored twice inside three minutes to take control.

Martial’s impressive hold up play in the box saw him lay off to Rashford to score in the 20th minute.

He was the on the score sheet himself shortly after when picking up Fernandes’ pass on the left before cutting into the box and firing into the top corner.

United dominated the remainder of the half, but an extra touch or wrong decision saw numerous promising moves break down.

The danger signs were evident from the start of the second half, with United pushed further back.

Still Rashford thought he’d got his second after a brilliant move between him and Martial, but for Walker-Peters’ brilliant block.

A spectacular run from Martial which started on the halfway line deserved a better finish when he had sight of goal, only for him to fire high and wide.

With that went United’s last chance to put Southampton out of sight and they paid the price.

It is a result that leaves them in fifth, if only on goal difference.

And after Manchester City’s appeal against their Champions League ban was upheld by the Court of Arbitration for Sport, United now know there is no safety net in their bid to return to European football’s biggest stage.

To be fair to Solskjaer, he has always had his sights set higher than that.

But this was a night when the sky-high optimism surrounding the club was brought down a peg or two.