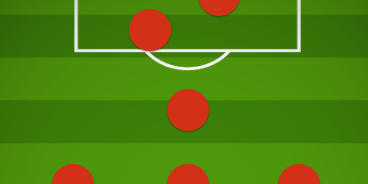 Ole Gunnar Solskjaer has outlined his determination to end Manchester United’s season with silverware, using his star players in a bid to win the Europa League.

The Norwegian can afford to name a largely shadow team against LASK on Wednesday, with United leading the last-16 tie 5-0 after the first leg.

Jesse Lingard is a confirmed starter, while Dan James and Andreas Pereira could also feature.

But Solskjaer will call upon his big names when United travel to Germany for the remaining rounds next week.

Despite already securing Champions League football with a third-placed domestic finish, Solskjaer wants to end the season on a high.

He said: “For me, going into any game you want to win. We’re four games away from winning a trophy.

“The team has developed throughout the whole season. We are delighted with finishing third, [the] next step for this team is getting the hands on a trophy.

“It’s not easy to say they’re rested, especially with players of that quality. But we go into that tournament wanting to win.

“We go into this tournament with players wanting to win so they won’t be given a break, they will be called upon.”

Solskjaer hopes a first trophy will prove the springboard to a new era of success for United.

“When I won my first trophy as a player it made me more hungry. You saw the highs of it and how much it meant to everyone.

“As a coach I won the league first time with Molde, first time for the club in its 100-year history and since then they have won four times in eight or nine years. It was a big change in that club.

“If we can get our hands on a trophy, it’s a big step forward.

“I hope the players need to win, like I do. For me as a coach to lift the trophy is a different feeling to when you were a player, because you know you represent so much more than just a team.”

Solskjaer has confirmed Luke Shaw will be fit in time for the start of next season.

The left-back has been omitted from United’s squad for the remainder of the Europa League after suffering an ankle injury last month.