Paul Pogba will leave Manchester United for nothing in 2022 if he is not sold during the summer.

That is the opinion of his brother Mathias, who has dropped the biggest hint yet that the France World Cup winner has no intention of renewing his deal at Old Trafford.

Pogba’s future has long been the subject of much speculation, with Real Madrid and Juventus both credited with an interest, and focus on his United career was intensified in December when his agent Mino Raiola insisted his player was ready to quit Old Trafford. 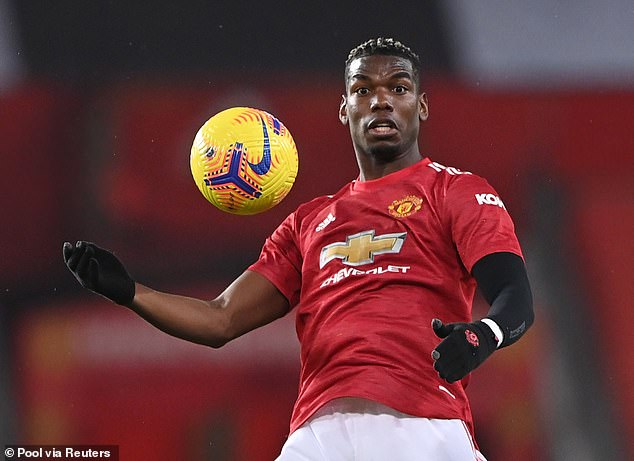 Paul Pogba will leave Manchester United for nothing if not sold this summer, says his brother

United and Pogba have called a truce since then, agreeing to shelve all talks on renewing his current deal until the current season – and United’s race for the title – is played out.

However, Mathias, who currently plays for Real Murcia in Spain, has once again opened up his brother’s mindset to the wider public.

‘He is happy. He is improving his game,’ said Mathias while speaking on El Chiringuito TV. 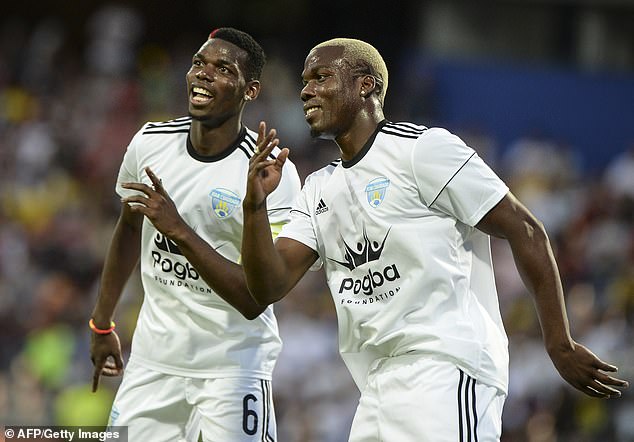 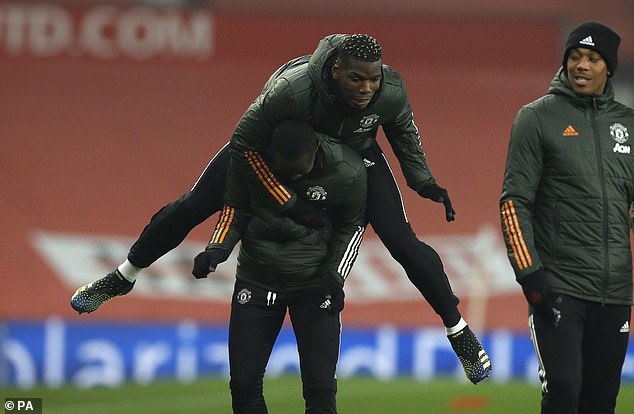 ‘He has a year left on his contract. I don’t know (if he will stay until then). I can’t help you right now.

‘I haven’t heard anything about him renewing his contract.’

Pogba was on the bench for the duration of United’s 9-0 thumping of Southampton on Tuesday night.

The 27-year-old has rediscovered some of the form that convinced the club to shell out a then world-record £89million to bring him back from Juventus in 2016.

He has developed a telling understanding in the middle of the park with Bruno Fernandes and has scored three goals in the league this season in 18 appearances, while setting up one other. 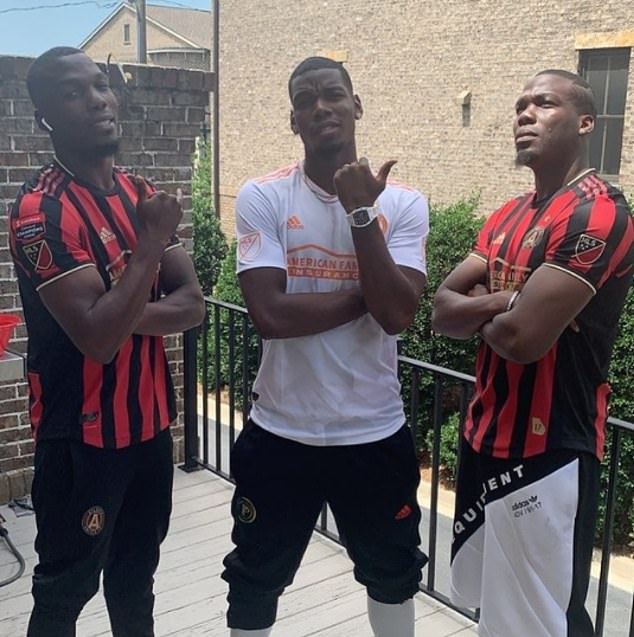 Paul and Mathias Pogba are pictured with their other football-playing brother, Florentin