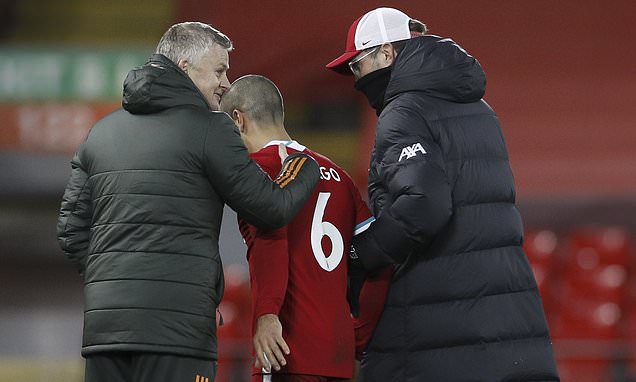 It’s only been a week since they last played, but we’ve already got another derby between Manchester United and Liverpool – this time in the FA Cup.

Their last meeting wasn’t exactly a classic as the two sides played out a 0-0 stalemate at Anfield on Sunday in a game where both sets of teams were criticised for showing a lack of ambition. The result certainly suited United more – with Ole Gunnar Solskjaer’s men topping the Premier League table after being rejuvenated under the Norwegian.

But Liverpool’s fortunes couldn’t differ more. Jurgen Klopp’s men haven’t won since a 7-0 win at Crystal Palace last month and have scored just once in their five games that have followed.

The reigning league champions will be hoping this game serves as a springboard for their season after they suffered their first loss at Anfield since 2017 against Burnley in midweek.