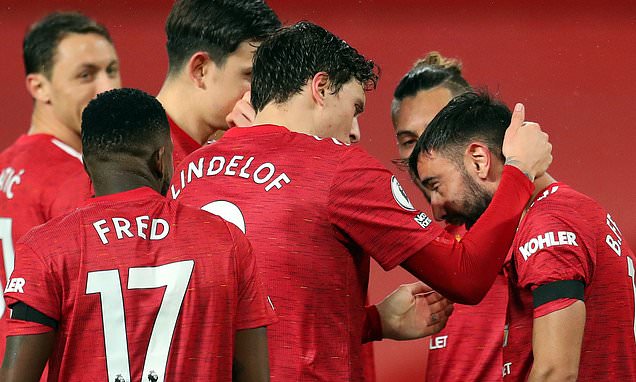 Manchester United looking to avenge their Champions League 2-1 loss against Istanbul Basaksehir, and once again insert their dominance in a hotly contested Group H.

Ole Gunnar Solskjaer’s men left Turkey empty-handed during their last Champions League encounter, and were widely criticised for a poor showing in defence.

Tonight, the Red Devils look to re-take top spot while obtaining some much needed momentum, as Demba Ba and Co. arrive at Old Trafford.

Elsewhere, PSG host RB Leipzig in the group’s other fixture, in what is a re-run of last season’s semi-final stage.

Sportsmail’s Danny Gallagher will provide live UCL coverage from Old Trafford for United vs Basaksehir, with live updates from the action taking place in the French capital.