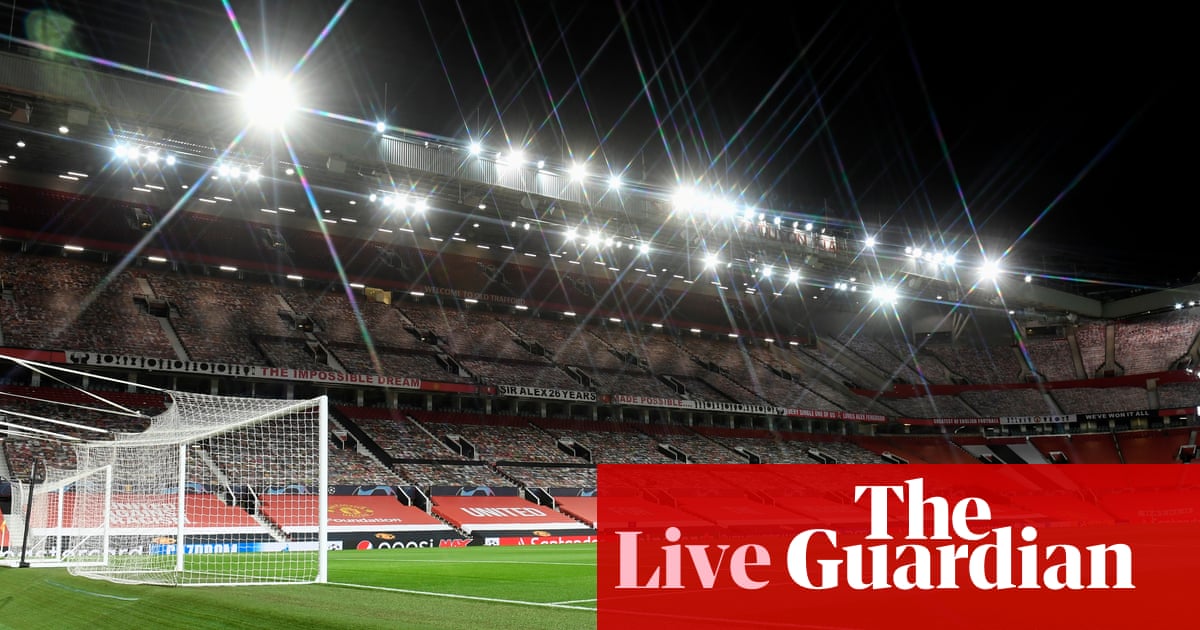 United have won none of their last six league games at Old Trafford, which I think is their worst run since the bleak winter of 1989-90. They have plenty of incentive to win tonight, not least because it would move them above Manchester City. Solskjaer out!

‘It is never about him’: how Marcus Rashford became such a devastating activist

United’s new left-back Alex Telles makes his Premier League debut. He is returning after Covid-19, as are Branislav Ivanovic and Matheus Pereira in the West Brom side. Donny van de Beek is still only on the bench for United, while Paul Pogba isn’t in the squad. Apparently he has a knock.

Hello and welcome to live coverage of Manchester United v West Brom from Old Trafford. It’s 14th versus 18th in the league – or, if you look at the relevant home and away tables, 19th versus 19th. Both teams have picked up one point in four games, with United scoring two goals and West Brom conceding 10. It’s the resistible force versus the movable object.

Most people will expect a comfortable home win; we always do when West Brom go to Manchester. But they have won three of their five games at Old Trafford since the retirement of Sir Alex Ferguson, including a shock win in 2018 that confirmed Manchester City as champions.

It’s hard to know what constitutes a shock these days, particularly with a team as mercurial as United. They were excellent in their last league game, the 3-1 win at Everton, and if they score early tonight they could win handsomely. But if it’s still 0-0 after half an hour, all bets are off.