Marcus Rashford believes the positives of social media must be highlighted in order to end the growing problem of online abuse.

Rashford was subjected to racism last month, while other Manchester United players Anthony Martial, Axel Tuanzebe and Lauren James have also been targeted in recent weeks.

Following United’s 1-1 draw against West Brom on Sunday, a number of Instagram users left racist words and symbols in the comment section of Martial’s last post. 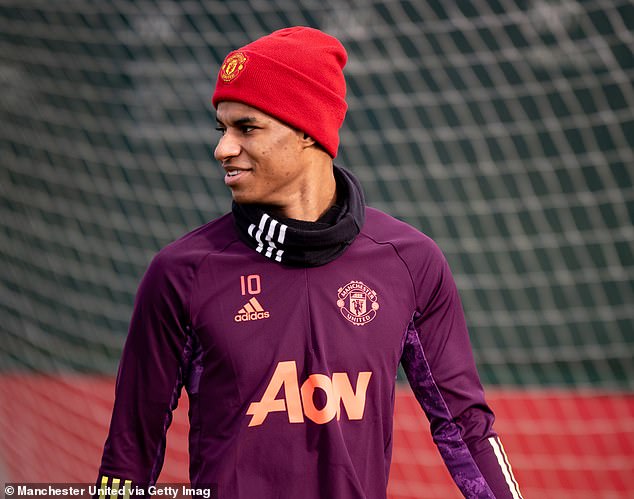 Instagram has announced new measures to tackle the problem, but Rashford has suggested that the negative storm surrounding social media could encourage others to act.

Rashford, 23, who has used his Twitter account to influence government policy over his free school meals campaign, said: ‘It’s one positive of social media and it is a big positive to be able to make change and do it for the right reasons.

‘Instagram and Twitter has given me the opportunity so I can voice my opinion and raise awareness, but also to understand more and connect with families in a short time. 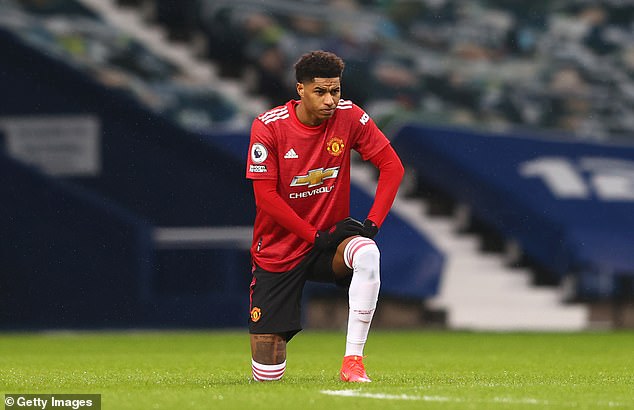 ‘You are actually in a position where the fact that things have sped up because of the pandemic it keeps you up to date when you use it in the right way. And that is a big message and a big point.

Rashford, who has been named in Time magazine’s Next 100 list following his campaign work on child poverty, will be in action for United in the opening leg of their round-of-32 Europa League tie against Real Sociedad on Thursday.

But Rashford, who was speaking at Wednesday’s Financial Times’ Business of Football summit, added: ‘The mood has been alright. 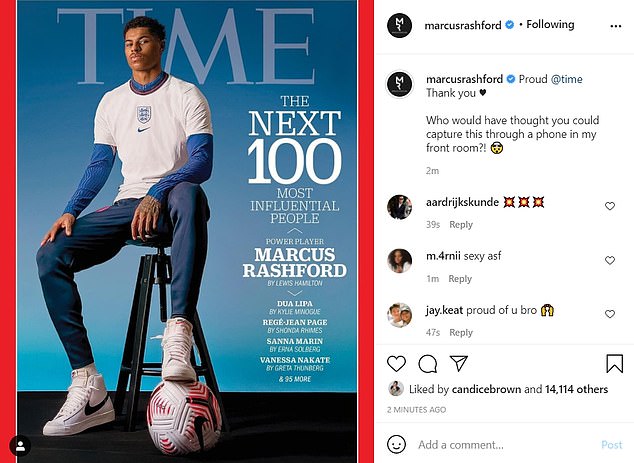 ‘We have dropped a few points in the last games but listen, it is football and sometimes it happens.

‘The one thing we have done is stick together as a team and kept fighting until the end of every single game to get points and we have to continue to do that if we want to move back up the table.

‘We are pleased to have advanced to the FA Cup quarter-finals and that is an opportunity to win a trophy and get our hands on some silverware because that is what the team deserves, and I believe we are ready to take that next step.’