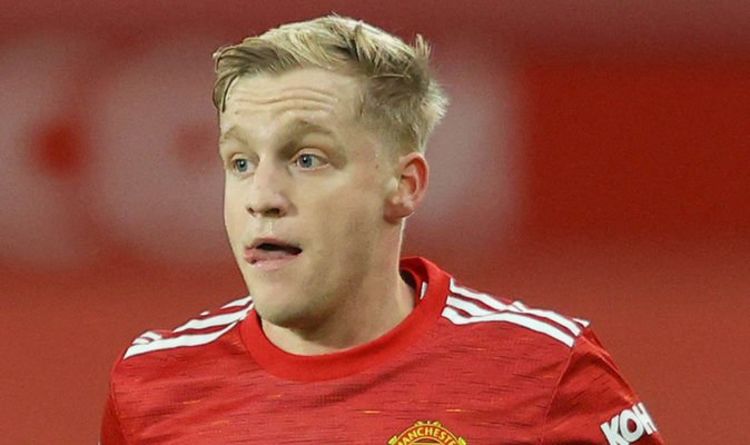 It’s not been easy for Donny van de Beek at Manchester United. But reports say the Netherlands international has no intention of leaving Old Trafford behind in the January transfer window, amid interest from Serie A giants Inter Milan. That’s the right call – because his game time should increase significantly in the months ahead, especially should Paul Pogba depart.

Having seen the Aston Villa star sparkle amid a tough season under Dean Smith, the Norwegian felt he’d be the ideal player to have on the books at Old Trafford.

When Villa quoted them a substantial £75million in order to secure the playmaker’s signature, however, United then changed their plan.

Instead, they recruited Van de Beek from Ajax – forking out £40m to bring the Netherlands international to Old Trafford.

Initially, things started well. Even if their season didn’t.

Van de Beek’s performance as a substitute in their 3-1 defeat to Crystal Palace on the opening day of the season was the only highlight on a dire afternoon for Solskjaer’s side.

Yet in the time since, the 23-year-old has found himself regularly left on the bench.

And that’s the right call.

United have plenty of matches left to play this season. They’re in contention for the Premier League, FA Cup and Europa League at the current time of writing.

Much as they’d like to, Fernandes and Pogba won’t play every game. Solskjaer is keen to manage both of their schedules – and rotation throughout the campaign is definitely on the cards.

Furthermore, Pogba could even leave Old Trafford this summer.

All signs point to that happening. Solskjaer has managed the 27-year-old excellently since Mino Raiola’s outburst in December, but the damage has already been done.

United can give Van de Beek exactly what he wants throughout the campaign, starting against Burnley. He’s expected to be selected for that match, having impressed against Watford on Saturday.

In recent years, the Red Devils have had too many shirkers.

Alexis Sanchez was abysmal – and controversially admitted in September that he’d wanted to depart after just a single training session.

But Van de Beek is doing the right thing by staying put. His patience will pay off eventually – and all parties will benefit as a result.