Bruno Fernandes insists he has quickly repaired relations with Victor Lindelof after their furious row on the pitch following Sevilla’s match-winner in the Europa League last month.

The Manchester United pair were caught on camera shouting at each other following Luuk de Jong’s winner in the semi-finals in Cologne, with Lindelof appeared to be telling Fernandes ‘f*** you’ followed by ‘Filho da Puta’ in Portuguese to his midfield team-mate – which translates as ‘son of a b****’.

United crashed out, losing 2-1, and now Portuguese midfielder Fernandes elaborated on the aftermath and his close relationship with Swedish defender Lindelof. 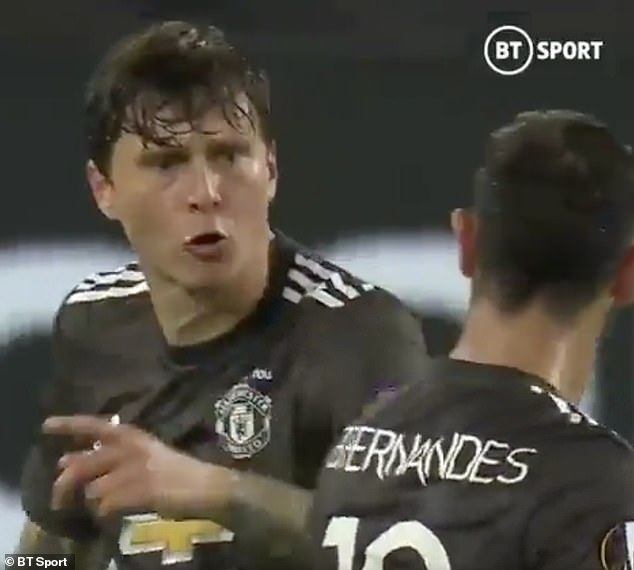 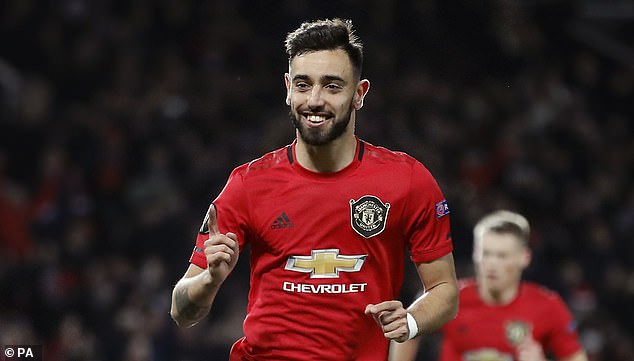 ‘He is one of the people with whom I have the best relationship in the club, also because he speaks Portuguese, and as everyone saw he speaks well,’ Fernandes told Portuguese outlet A Bola.

‘Those were obviously the first words he learned in Portugal, it is always what we teach them.

‘But it was a game situation that none took to heart. It ended and we went directly to our countries, he to Sweden and I to Portugal.

‘At the farewell we hugged, we leaned our heads and didn’t even need to talk to each other. 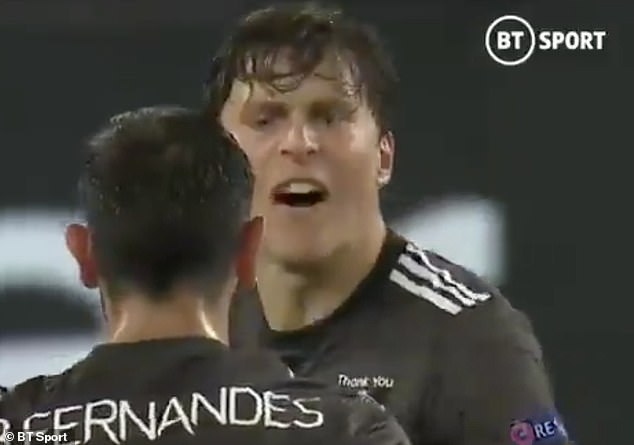 ‘We stayed there for those two seconds hugging and we realised what we wanted to say to each other.’

Straight after the match, Fernandes played down the incident: ‘It is normal when you concede a goal, everyone was mad.

‘It was not about me or Victor, what happened is nothing. It was normal, it is about looking out for each other. It will happen in a lot more teams too.’