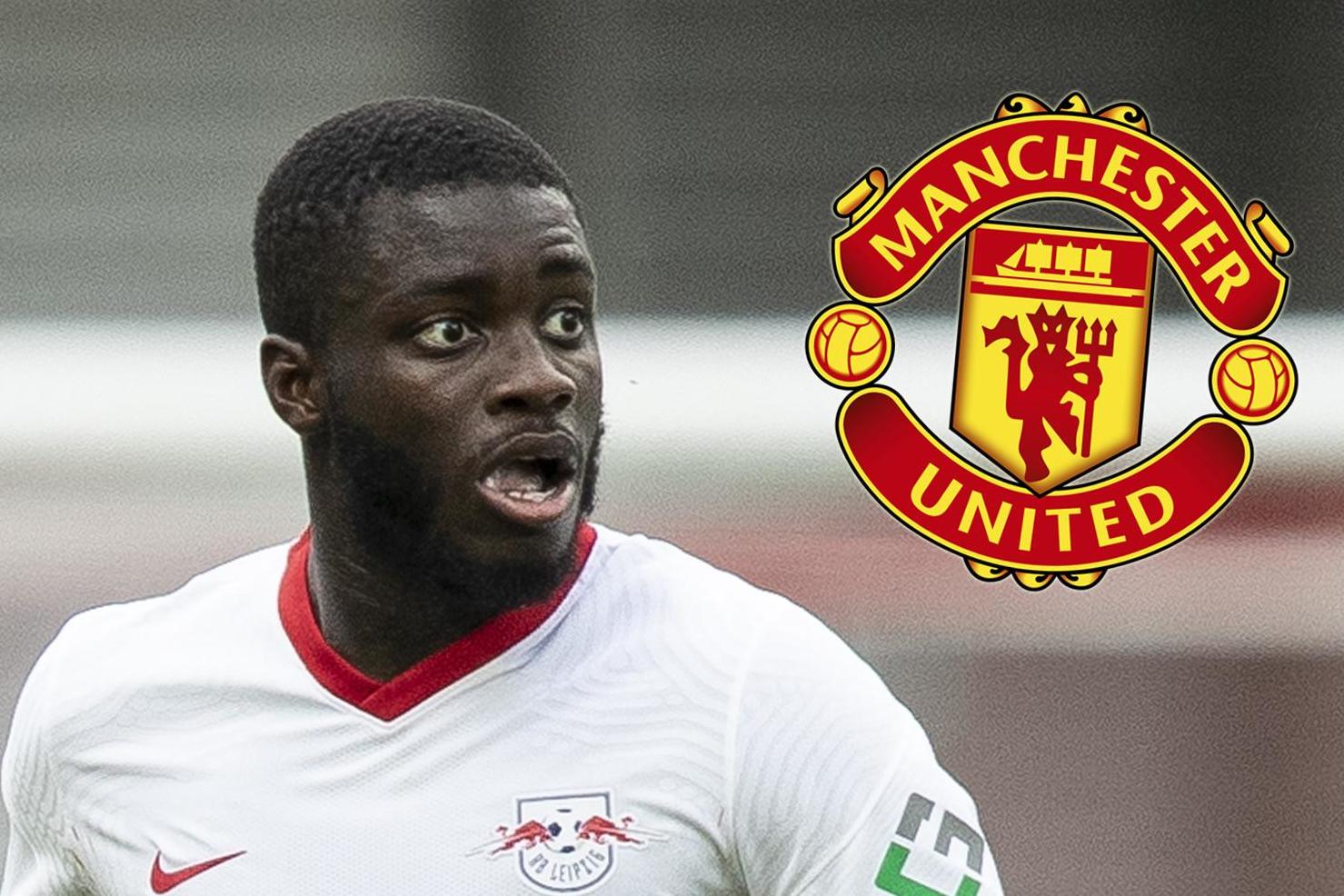 Dayot Upamecano is reportedly a top target for Manchester United – but RB Leipzig will not let him go easily.

ESPN reported on Sunday that United consider Upamecano as a perfect partner to Harry Maguire in central defence, and will make their move for the Leipzig defender once they have signed Donny van de Beek from Ajax.

Van de Beek is expected to complete a £40million switch from Ajax imminently, meaning United could turn their attentions to Upamecano next with talks over a £108m deal for Jadon Sancho stalling of late.

Upamecano impressed during Leipzig’s Champions League semi-final run, with the Under-21 France international providing an excellent performance during the 2-1 quarter-final victory against Atletico Madrid.

That display may well have accelerated United’s plans for Upamecano, though Leipzig were not shy in reminding any potential suitors that the young defender is still very much on their books.

Leipzig quote-tweeted their own tweet of Upamecano signing his new contract – until summer 2023 – back in July, with a pointed “ICYMI” just in case United missed it. But contract extensions are not always what they appear.

Upamecano was thought to have previously had a release clause of around £54m in his old deal, though that clause would have expired at the end of June 2020.

With the defender’s previous contract up in June 2021, both parties would have been under pressure to resolve his future in a difficult market.

According to kicker, Upamecano’s new deal includes a reduced release clause of around £37m, though it will only be active from June 2021.

So, the defender’s new contract should work for all parties Upamecano will have likely received a pay rise while ensuring he has the chance to leave in a year at a reasonable price, while guaranteeing Leipzig did not lose him for free.

Meanwhile, should a club like United prefer to avoid a bidding war next summer and attempt to sign him now, Leipzig could elect to sell Upamecano for a higher fee now – so it’s a win-win situation for them.