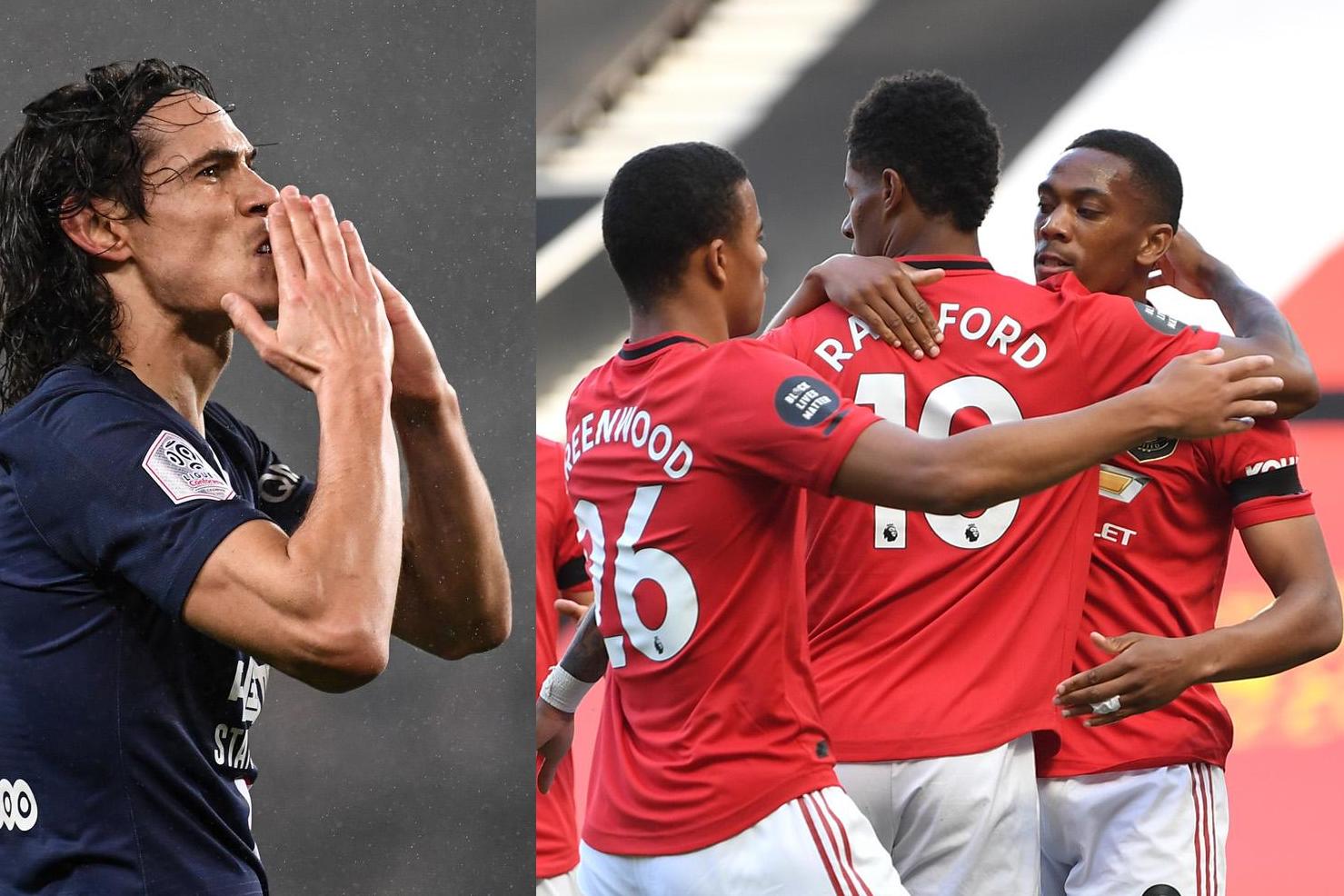 Edinson Cavani has been tasked with guiding Manchester United’s youthful attack after signing a one-year deal.

The veteran Uruguay international has completed a deadline day move to Old Trafford after whirlwind talks over weekend.

The 33-year-old convinced Ole Gunnar Solskjaer he still has the hunger to compete at the highest level when the pair spoke on Saturday.

Cavani had previously not been in United’s plans, with the club even rejecting the chance to sign him in the recent past.

But Solskjaer is convinced he will elevate United’s attack to one of the deadliest in football and prove a mentor to Anthony Martial, Marcus Rashford and Mason Greenwood..

He said: “Edinson is an experienced ultimate professional who always gives everything for his team. His goalscoring record for club and country is fantastic and we are delighted to sign a player of his calibre.

“He’ll bring energy, power, leadership and a great mentality to the squad but most importantly he’ll bring goals. He has had a brilliant career so far, winning trophies at almost every club he has played for, and he still has so much more to give at the highest level.

“The opportunity for our young players to learn from one of Europe’s top goalscorers over the last 10 years is fantastic and it will really benefit them going forward. Edinson knows exactly what it takes to succeed and we are all looking forward to seeing him make an impact at Manchester United.”

Cavani, who has the option of a further year, added: “Manchester United is one of the greatest clubs in the world, so it is a real honour to be here.

“I cannot wait to experience the Old Trafford atmosphere when it is safe for the fans to return. I look forward to continuing to write my little story inside the book of football and I know that’s why my focus has to remain the same as always – work, work, work. I have had a conversation with the manager and this has increased my desire to wear this beautiful shirt.”