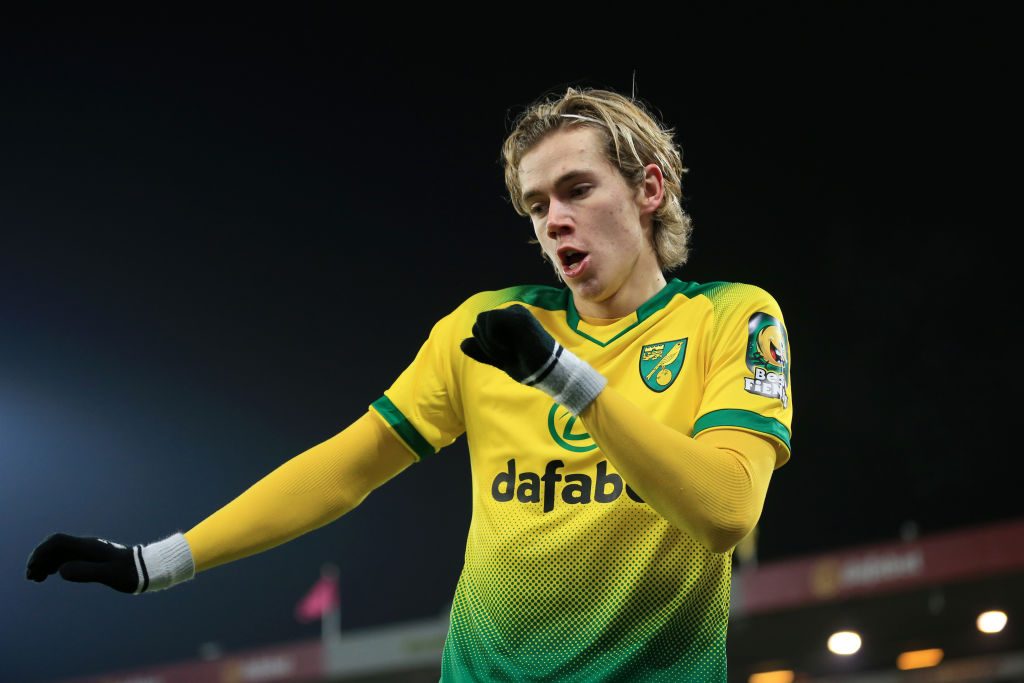 Manchester United have added Todd Cantwell to their list of summer transfer targets as Ole Gunnar Solskjaer continues his overhaul at Old Trafford.

The 21-year-old Norwich attacking midfielder has caught the eye of several of the Premeir League’s top sides, with Manchester City and Tottenham Hotspur also keeping tabs on the young Englishman.

Cantwell scored his sixth goal of the season against Crystal Palace on Wednesday and his good form this campaign has left him primed for a £30million move away from Carrow Road.

Norwich are seven points adrift of 17th placed Aston Villa and are five points behind second-bottom Watford, with their return to the Premier League looking set to end in relegation.

And they will be hard-pressed to hang on to Cantwell should they drop straight back down to the Championship.

Injuries to Paul Pogba and Scott McTominay have seen Ole Gunnar Solskjaer’s side step up their search for a central midfielder in the January transfer window, with former Liverpool ace Emre Can, who is out of favour at Juventus, among those linked.

Pogba’s future remains shrouded in uncertainty, with his Manchester United team-mates all expecting him to leave this summer.