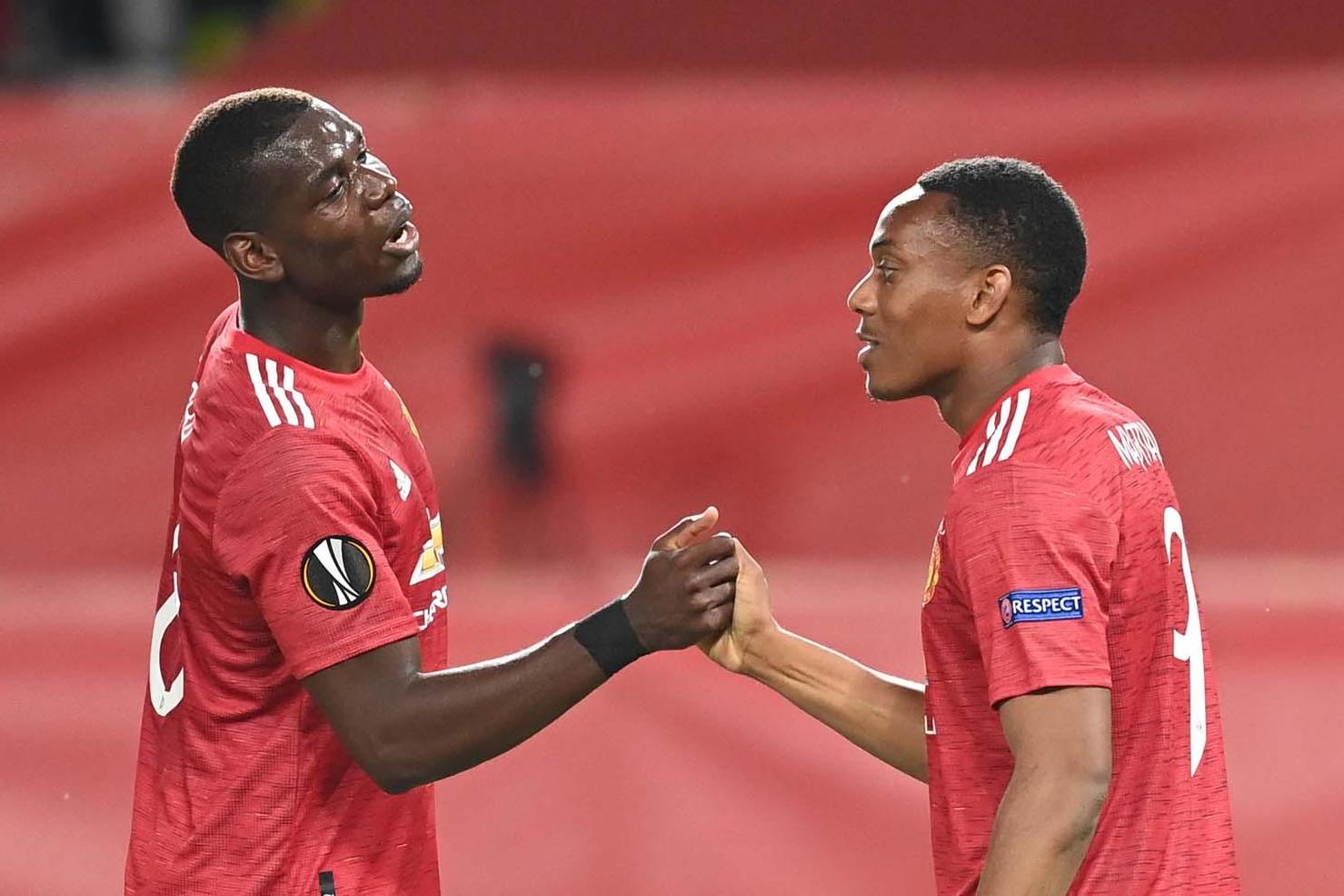 Anthony Martial struck a late winner as Manchester United secured a 2-1 win over LASK Linz to advance to the Europa League quarter-finals.

Ole Gunnar Solskjaer made nine changes to his side from the team that started the final game of the Premier League season, with only Harry Maguire and Brandon Williams retaining their places.

Having secured a resounding 5-0 win in the first leg, United’s progress was all but secured. But perhaps the lack of motivation affected Solskjaer’s men as they begun slowly at an empty Old Trafford.

Indeed, it was nearly a moment to remember for the Austrian visitors when centre-back Andres Andrade headed against the crossbar inside the first 10 minutes before Wiesinger.

United struggled to piece together their usual passing moves and LASK were happy to capitalise, with Marko Raguz heading just over from an inviting cross by the lively Rene Renner.

United finished the half without a shot on target and that only capped a drab first-half display. But things picked up after the interval, with Ighalo and James both going close.

Whatever was said in the dressing room seemed to have an effect as United began to create all of the chances. But LASK finally made the breakthrough with a stunning 30-yard strike from Philipp Wiesinger whistling into the top corner past the helpless Sergio Romero.

If there were any concerns as to whether there would be a shock comeback, Jesse Lingard put them to bed just two minutes later, tucking underneath Alexander Schlager to make it two goals in as many games.

Solskjaer sent on Paul Pogba and Tahith Chong late on to inject some life into his side, while 18-year-old Teden Mengi made his debut.

Another substitute Martial found the winning goal two minutes from time after a crafted pass from Juan Mata to seal a 7-1 aggregate win, but doubts remain over the quality of United’s fringe players after a sub-par display.

“Recently, he’s not been good enough. To bring him off after an hour when he definitely won’t start on Monday that was a little sign, and Fred as well, that he [Ole Gunnar Solskjaer] might be getting rid of them.”

Inter Milan and Shakhtar Donetsk are the other two teams to have booked their place in the last-eight.

Wolves and Rangers will decide their fate tomorrow night.

“In the end it’s another positive night for United on their last appearance at home this season. They made hard work of it, but their quality eventually told.

“Mata provided two assists and Martial was clinical with his winner. They bounce off to Germany still on course for their first trophy under Solskjaer.”

It wasn’t a vintage display by any means for United but it’s another win in the Europa League thanks to Martial’s late strike.

They will face FC Copenhagen in the quarter-finals on Monday, with Solskjaer able to call on his rested stars for the clash in Cologne.

So close to an equaliser for LASK, with Sabitzer’s neat flick saved by Romero right at the death.

90 mins: Three minutes of added time will be played.

A late winner on the night!

Mata has been one of the better performers tonight and he’s got another assist, sliding in Martial who’s side-footed effort goes in rather fortuitously off Schlager and trickles over the line.

Teden Mengi makes his debut on for Fosu-Mensah, as Martial replaces James. No rest for Maguire, which is strange given the scoreline.

84 mins: Pereira does well to drag several defenders with him and lay off to McTominay, who slips and fires wide.

83 mins: LASK bring it forward with 3v3 as Frieser cuts inside, but McTominay steps in to make the challenge.

“Teden Mengi is about to come on. Another debutant under Solskjaer. They have high hopes for him.”

Andrade, who hit the bar early on, makes way for Petr Filipovic.

Chong takes a quick free-kick to give it to the Frenchman and he pings a brilliant 50-yard pass to James, who is inches away from getting a foot on the end of it.

“The changes have injected more energy into United. They look like more of a threat on the counter than they had. The quality is still lacking though.

“It’s not be convincing from James or Ighalo. Mata has had flashes, but they are making hard work of an ordinary LASK team.”

McTominay concedes the foul and LASK have a free-kick.​

73 mins: The goalscorer Wiesinger has had a night he’ll never forget after that 30-yard strike.

He’s been replaced by Thomas Sabitzer.

72 mins: Tahith Chong will get his chance to make an impression, replacing Williams.

The substitute has his moment at Old Trafford, using his weaker left foot to test Romero from a tight angle and the Argentinian didn’t look assured with his block there.

66 mins: LASK make their first change, with Balic heading off and Reiter on in his place.

James Robson on the goals at Old Trafford

“I don’t think there’ll be any panic, but it has not been an impressive performance from United.

But that’s a perfect response as Lingard gets his second in as many games. Mata’s through ball was perfect and Lingard gave the keeper the eyes with James screaming for his square it.

“This game has kicked into life at last.”

Can’t see the blog? Click here for the desktop version.