United are now seven points behind Manchester City having played one more game, but Solskjaer wouldn’t give up a week after saying his team shouldn’t even have been considered contenders.

‘I said we shouldn’t be talked about,’ said the United boss. ‘It’s a compliment for the boys that we got into position we are now. 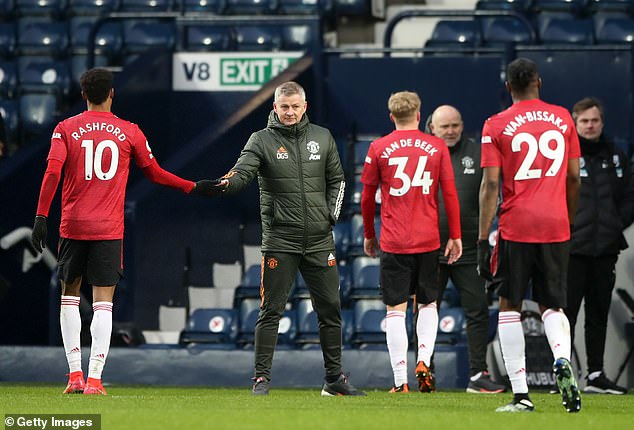 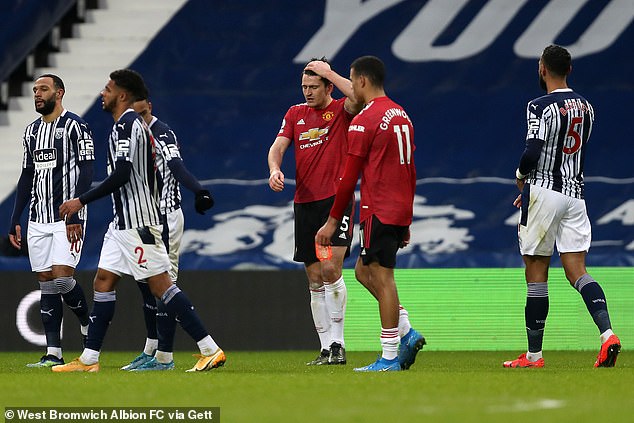 ‘We won’t let them (City) run away with it. We’re playing them soon, and we’re not giving it away early. This season is so unpredictable, of course we aren’t going to settle for second.

‘It’s disappointing. We are in desperate need for three points and we’ve come away with two points less than we wanted to. We need to move up the table and you don’t do that by getting one point.’

Solskjaer questioned whether Mbaye Diagne’s opening goal should have stood, comparing the Senegal striker’s challenge on Victor Lindelof to the goal Harry Maguire had ruled out against Burnley last month.

‘It is more of a foul than what Harry gave away against Burnley, put it that way,’ he added. ‘If there is any consistency that is a foul as well. 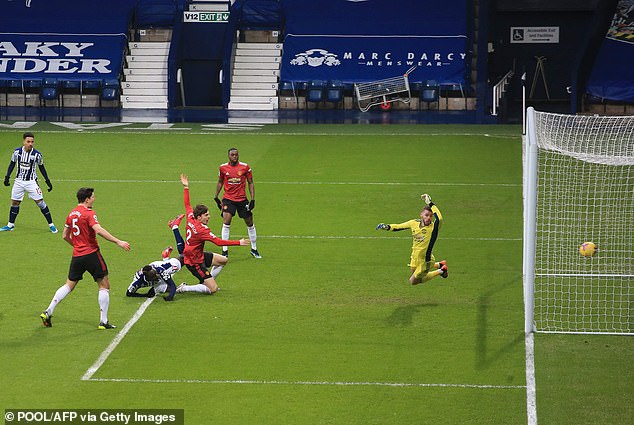 ‘Then again, being a striker, it is harsh to have it taken away so both should have stood for me. But consistency is what we need.’

Both managers were unhappy with VAR over the incident that saw United have a penalty overturned for Semi Ajayi’s challenge on Maguire.

The United skipper was clearly offside but referee Craig Pawson had to go to the pitch-side monitor to confirm that before reversing his decision.

‘It’s a foul but I see Harry being in an offside position, so someone must have been asleep in that VAR office,’ said Solskjaer. ‘Someone needs to brew some coffee. It could have easily been avoided by saying he’s offside, let’s move on.’

West Brom manager Sam Allardyce agreed, saying: ‘The confusing thing is Harry Maguire is offside before it. What should have been the decision is that this is offside so let’s play on. I’m massively confused. 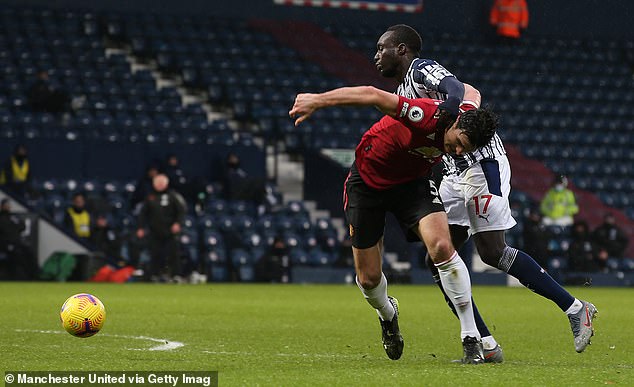 ‘If he gave the penalty and that was the winner then that would have been an absolute injustice.’

Allardyce was delighted with a point that boosted his team’s hopes of beating relegation.

‘If they apply themselves at that level – or better – in every single game between now and the end of the season they will give themselves a chance,’ he said.

‘It’s brilliant the way we controlled United’s threat. The sad thing is for me is Mbaye Diagne could have had a hat-trick.’ 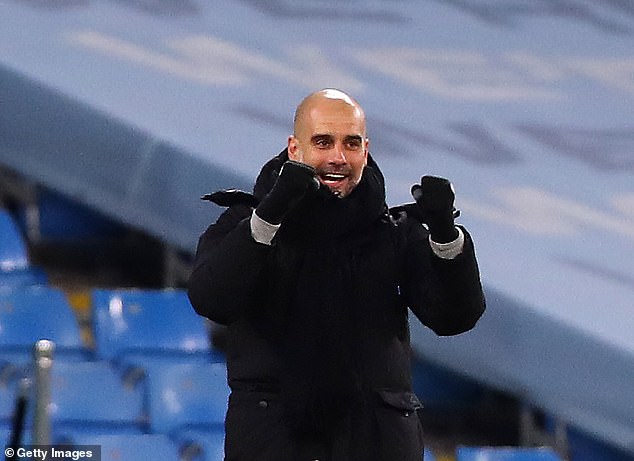