Jamie Carragher has blamed Harry Maguire for Everton‘s last-minute equaliser at Old Trafford on Saturday that has left Manchester United playing catch-up in the title race.

The Liverpool legend has accused the United captain of ‘not being brave enough’ and dropping too deep when defending a set piece that led to Dominic Calvert-Lewin’s goal in the 3-3 draw.

Ole Gunnar Solskjaer’s side had already blow a two-goal lead in the game and now find themselves five points behind leaders Manchester City, who have a game in hand. 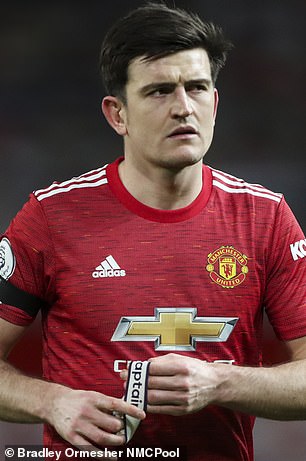 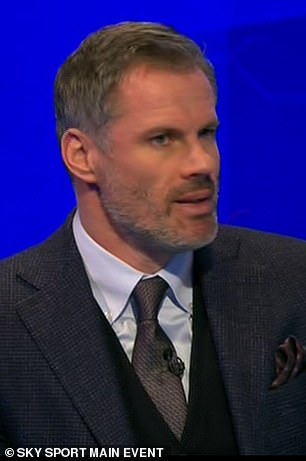 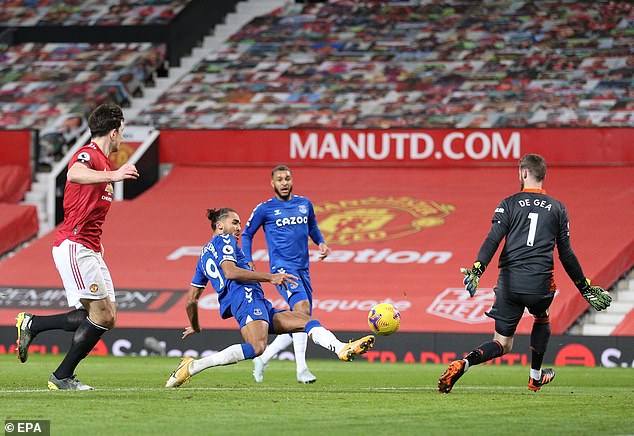 Carragher suggested that Maguire was taking on ‘too much responsibility’ but accepted that he was just as guilty of not holding the line during his playing days.

‘Rafa Benitez used to be on at me, about free-kicks late in the game, constantly. I didn’t have the nerve to hold the line’, he said on Sky Sports Monday Night Football.

‘I’d be that nervous about concending a goal, I’d think ‘I need to head this away’.

‘When you’re Harry Maguire in that position, and it’s the position I’d be in. When you’re at the back of the line – or certainly in the middle – and there’s bodies everywhere, some players are offside, some are making runs. 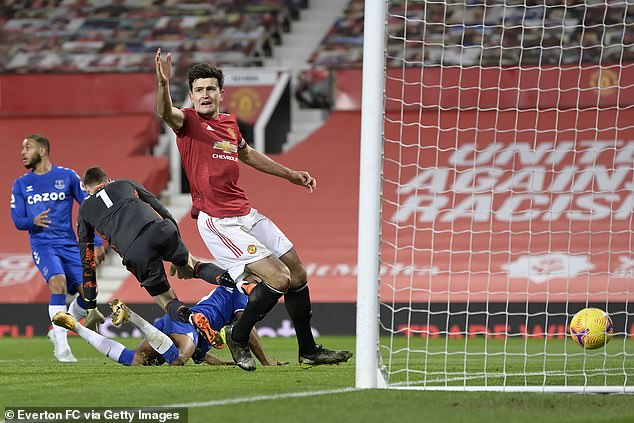 ‘A lot of the time you can’t see the ball. You’re jumping and jostling – and what I would do, which was a mistake all the time, was I’d want to drop two yards so I could almost see the ball.

‘I think that’s the mistake he’s made. He hasn’t been brave enough but I can put myself in the situation.’ 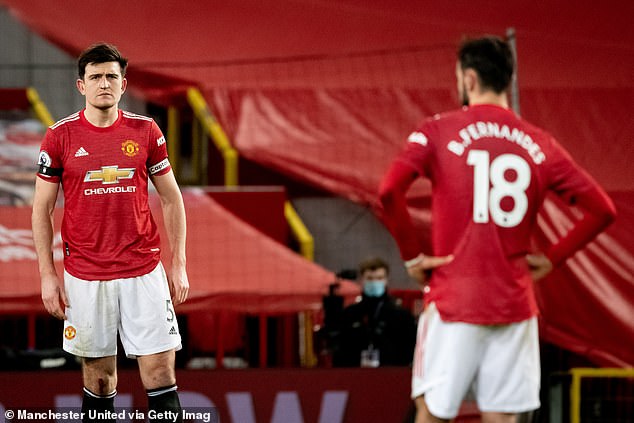 Rio Ferdinand also criticised United’s defensive structure for Everton’s late equaliser, saying: ‘I see Harry Maguire, you’ve got to lead that team from the back and make sure (mistakes) don’t happen.