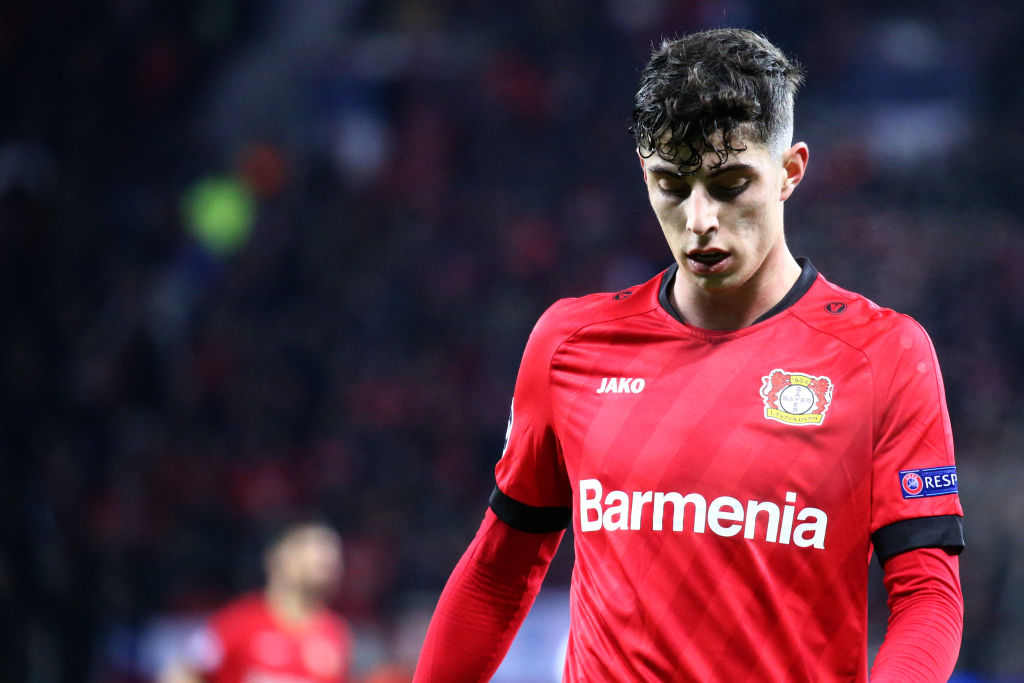 Manchester United have discussed the possibility of signing Kai Havertz as an alternative to James Maddison and Jack Grealish and reached out to Bayer Leverkusen this month.

Ole Gunnar Solskjaer is keen to reinforce his midfield and the club have started talks to sign Sporting playmaker Bruno Fernandes, with the United boss having personally scouted him in action against Porto last week.

However, Fernandes is not the only creative midfielder on United’s radar and the Red Devils are also keeping a very close eye on 20-year-old Havertz, as well as Maddison and Grealish.

According to The Athletic, United had brief talks with Leverkusen this month to see if the Bundesliga giants would sell but were quoted an enormous figure of €100million (£85m).

After a sensational breakout campaign last season, Havertz has struggled to maintain those levels this season and there had been a feeling that Leverkusen’s asking price might have dipped.

After scoring an astonishing 17 times in the Bundesliga last season, he has netted only twice in the 2019/20 campaign and assisted only once.

He was also jeered by supporters when he was subbed off against Hertha in December, though he remains extremely highly rated and has plenty of admirers at major European clubs.

Leverkusen are reluctant to sell in January while United have baulked at their asking price, but they will continue to monitor his performances over the rest of the season and consider making another approach in the summer.

Even at £85m, Havertz would be less expensive than Maddison, with Leicester ready to demand an astronomical transfer fee that would eclipse what they received from United for Harry Maguire.

Aston Villa will likewise demand a big fee for Grealish, though their negotiating position would be significantly weakened if they are relegated from the Premier League – they are currently in 18th place – and he could quickly become the most attractive, and reasonably priced, option.