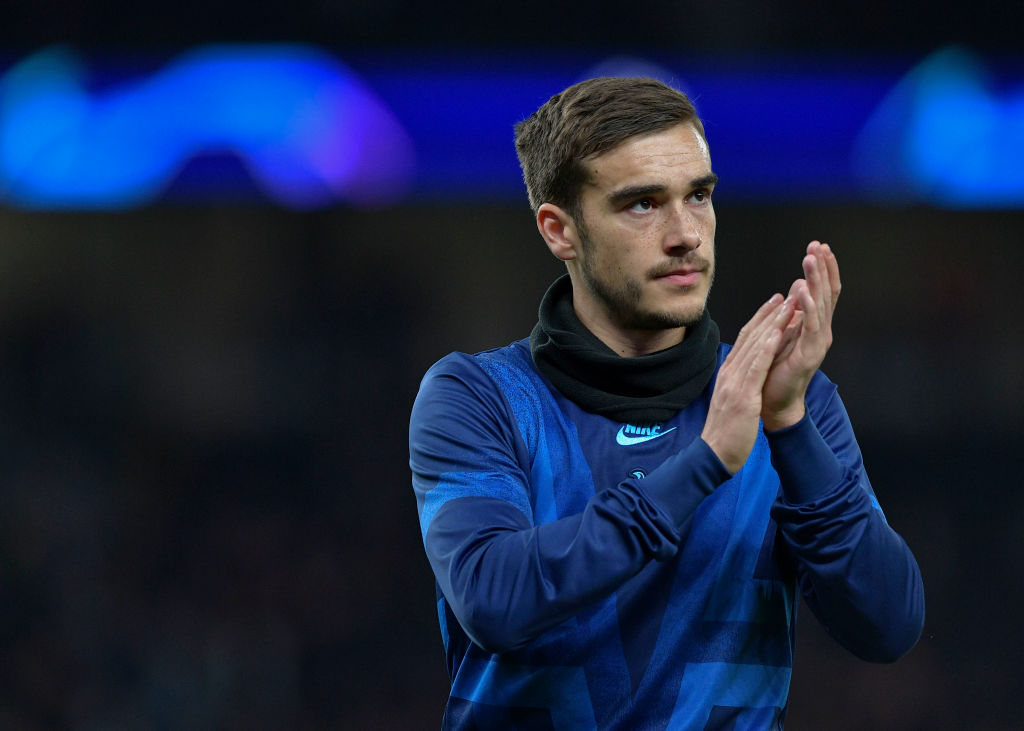 The Red Devils were already light in the middle of the pitch and are now without both club-record signing Paul Pogba and one of their standout performers of the season so far, Scott McTominay.

Solskjaer opened the door to bringing in as many as two new midfielders to ease their current problems, though insisted United will not panic buy.

‘It’s got to be right and that’s the big point here,’ he said last week. ‘And if it’s available and it’s possible we’ll do something definitely, we’re looking at one or two.’

According to The Athletic, one of the midfielders Solskjaer is looking at is Winks, with the young England international fitting the profile of signing United will try to make.

The 23-year-old has fallen out of favour under new boss Spurs Jose Mourinho and there is a sense that he could be prised away from Tottenham.

Although a regular under Mauricio Pochettino, Winks has only started three of Mourinho’s nine Premier League matches in charge.

He has struggled with several injury niggles and again went down clutching his ankle in Sunday’s FA Cup clash with Middlesbrough, being subbed off not long after.

Spurs are already quite light in midfield themselves and will invariably demand a big price for a player who came through the club’s academy and is contracted at Tottenham until 2024.

United are not the only team keeping tabs on Winks, with rivals Manchester City also keen to address their ageing midfield – with Fernandinho turning 35 in May – and have put the Spurs midfielder firmly on their radar too.

Australia finally gets rain but wildfire threat not over yet