Anthony Martial ignored Ole Gunnar Solskjaer’s demand to offer ‘some movement’ to his team-mates during Manchester United‘s win over Newcastle on Sunday night.

According to the Manchester Evening News, Solskjaer was heard telling the out-of-form striker to run twice at Old Trafford after he came to a standstill.

Having shouted ‘some movement’ at Martial during one passage of play, Solskjaer could only watch on as the Frenchman failed to take on board his instructions. 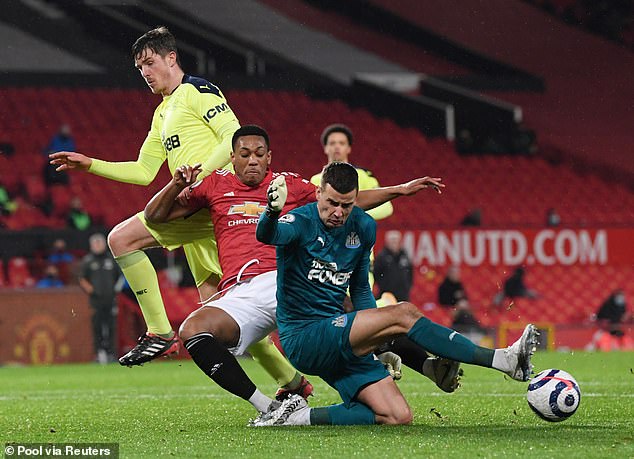 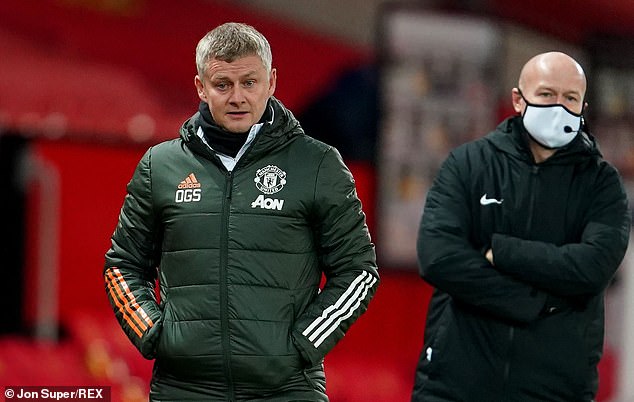 United’s boss is said to have then followed up his initial demand by shouting: ‘Antho, move. Start moving.’

The MEN report that this was the second occasion in the match, which United won 3-1, that Solskjaer had to urge the former Monaco man to get forward.

During one attack which resulted in a low cross from the energetic Daniel James, Solskjaer was heard shouting Martial’s name in a bid to get him attacking the box.

The France international failed to keep up with the play after hanging around the halfway line and was too far behind to meet James’ ball into the Newcastle area. 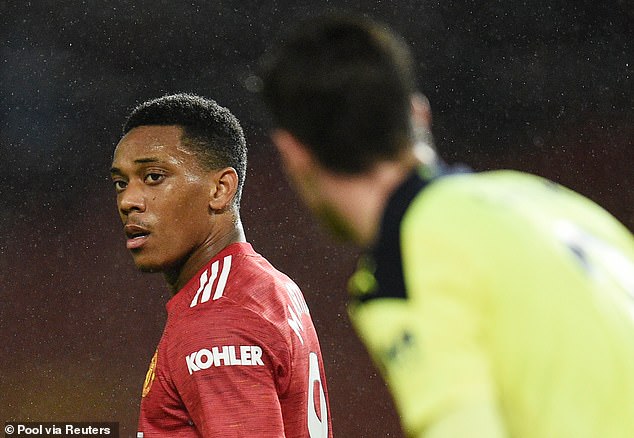 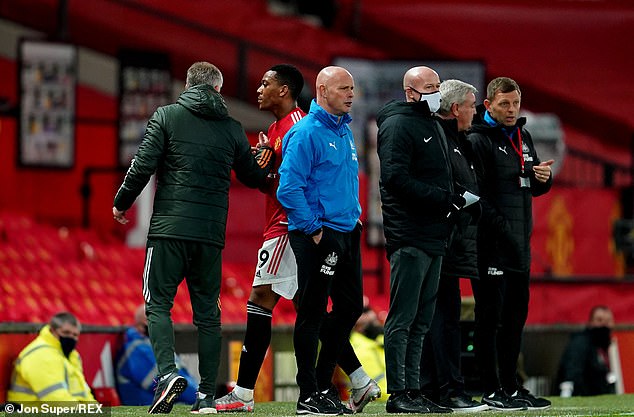 Sunday’s incidents were not the first time the 25-year-old’s lack of effort and, perhaps awareness, has resulted in an outburst from his manager.

Against Tottenham last year, Solskjaer was overheard yelling at Martial to ‘get in the box’. On this occasion too, the forward failed to listen to his boss’ instructions.

Against Newcastle, Martial put in another lacklustre display and was hooked after 70 minutes, with Solskjaer bringing on Mason Greenwood to replace him. 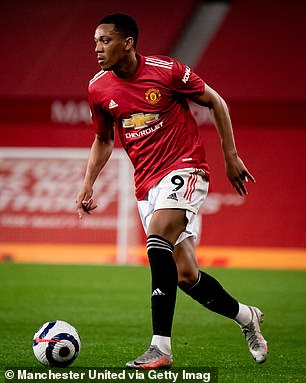 In contrast to the former Lyon forward’s performance, Marcus Rashford and James impressed with their pace and direct running, and also scored either side of Allan Saint-Maximin’s goal at Old Trafford.

Martial’s form has been a major issue for Solskjaer so far this season, with the striker scoring just seven goals in 31 appearances in all competitions.

Although he has provided eight assists for his team-mates, he has failed to build on the impressive performances which saw him establish himself as Solskjaer’s central forward last season.