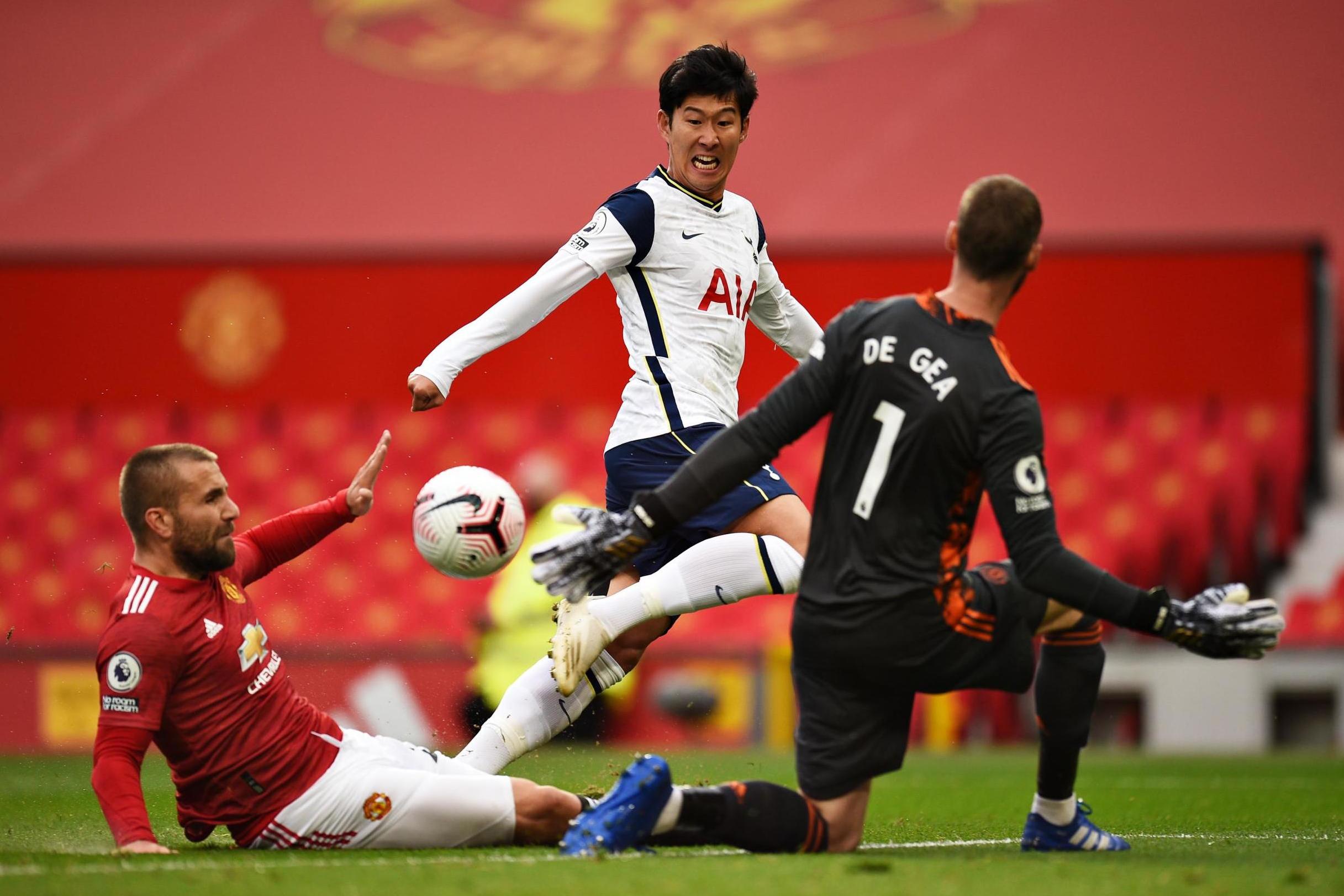 Jose Mourinho returns to Old Trafford today as Tottenham take on Manchester United in a key Premier League clash for both sides.

Ole Gunnar Solskjaer‘s United need a win today as they welcome a Spurs side who have played three times in three different competitions over the previous week.

Neither side has had a perfect start to the new season, and both Solskjaer and Mourinho would dearly love three points before heading into the international break.

With kick-off at 4:30pm BST, follow the action with James Robson at Old Trafford!

Mourinho has made of point of trying to make this Spurs side less ‘nice’ and the Spurs manager will no doubt approve of Lamela’s part in Martial’s red card. Ten men or not, though, the third goal was coming for Spurs and is nothing more than they deserve.​

That was a terrible red card. But that does not and should not be allowed to overshadow the shambolic defending from United all three Spurs goals.

34 mins: Kane goes down from a challenge by Bailey. And VAR is going to be needed once more. It appeared as if Bailey had kicked out, but that would have been very harsh. No red. The right decision.

It’s getting from bad to worse for United. They look to play it out the back but Kane does oh so well to intercept.

Ndombele plays it out to Son, who in turn finds Kane, who fires into the bottom corner.

29 mins: That was very, very silly by Martial. The Frenchman gave Lamela a slap on the face after an altercation. It was very soft, you have to say.

Lamela made a meal of that…

29 mins: Martial has been sent off!

27 mins: Another pair of chances for Spurs!

Just when United were getting a hold on things, Spurs now look the more threatening of the two!

Kane finds Aurier with a fine ball out wide. The full-back cuts onto his left, but De Gea saves his strike well.

Erik Lamela then has a chance of his own,but his volley is cleared out for a corner.

Son will be hugely disappointed there! Erk Lamela played an exquisite ball over the top for the forward – who was totally through on goal.

His touch let him down, however, and the ball dribbled through to a grateful De Gea.

23 mins: It’s another good effort by United, this time from Greenwood. He turns onto his right foot before unleashing a curling effort that drifts marginally beyond Lloris’ left post.

United are coming on strong.

This is as lively as Fernandes has looked in a while. That was a brilliant pass to Rashford that was so close to getting United level. Thrilling game so far.

United go so close to the equaliser! Fernandes plays Rashford through down the right. He fakes a shot and takes it past the diving Aurier, before his shot bounces off the post. There was a hint of offside there – it would have been close.

19 mins: It’s Shaw who takes the set-piece, but Eric Dier rises highest to clear before Hugo Lloris can calm things down with the ball in his hands.

18 mins: This is just end-to-end. Sanchez does well to win possession in the Spurs box but he quickly loses it, with Untied continuing to probe. Lamela then concedes the free-kick about 10 yards outside his box.

15 mins: Fernandes looks to play through the lines but Davinson Sanchez does well to slide in and clear. Spurs then break with Kane down the left, but his shot is blocked.

13 mins: Spurs are awarded a free-kick after Shaw handled Kane’s box-bound cross. It’s wasted by Lamela, however, and United break with Martial. Spurs get back in numbers and regain possession.

Does Manchester do something to Spurs? This game has started almost identically to the Champions League quarter-final win over Manchester City last year, with Spurs falling behind immediately but quickly hitting back to 2-1. Kane and Son are really something as a partnership.

Ridiculous start to this match. United’s defending has been woeful and they’ve paid for it. Lindelof might well be glad he’s sat this one out.

9 mins: Well, here’s my first update of the match that hasn’t been a goal…

After a poor start, Spurs find themselves 2-1 up and in the lead as Moussa Sissoko shows great speed to get back and prevent a Martial attack.

This combination is just lethal. Harry Kane plays Heung-min Son through with a quick free-kick. The South Korean has the composure to dink it over De Gea to hand Spurs the lead!

Wow! What a start this is! Maguire and Shaw make a right mess of it round the back with Erik Lamela looking to pounce and Ndombele jumps in to smash home.

Manchester United vs Tottenham is scheduled for a 4.30pm BST kick-off.

Spurs have the better team on paper and should pile the pressure on Solskjaer on Sunday, but a draw could be most likely.