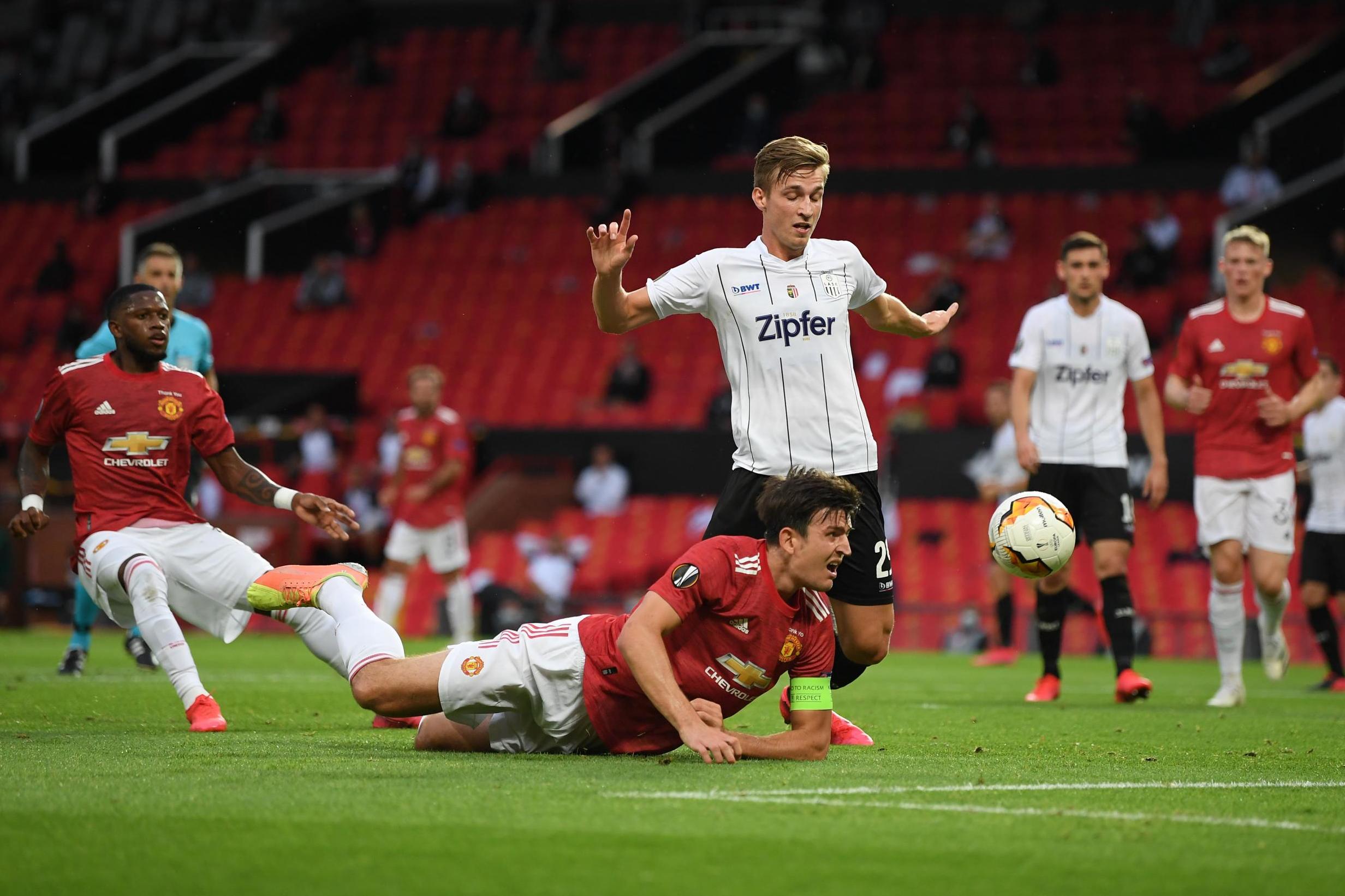 73 mins: The goalscorer Wiesinger has had a night he’ll never forget after that 30-yard strike.

He’s been replaced by Thomas Sabitzer.

The substitute has his moment at Old Trafford, using his weaker left foot to test Romero from a tight angle and the Argentinian didn’t look assured with his block there.

66 mins: LASK make their first change, with Balic heading off and Reiter on in his place.

James Robson on the goals at Old Trafford

“I don’t think there’ll be any panic, but it has not been an impressive performance from United.

But that’s a perfect response as Lingard gets his second in as many games. Mata’s through ball was perfect and Lingard gave the keeper the eyes with James screaming for his square it.

“This game has kicked into life at last.”

62 mins: Andreas Pereira has come on to replace Lingard, and that’s a surprising decision from Solskjaer.

The midfielder doesn’t look too happy either, shaking his head as he comes off.

An instant response from United!

It’s a sloppy pass that allows United to win the ball high up as Mata sets in Lingard, and with only the goalkeeper to beat, he slides it under Schlager with the aid of deflection.

That should put an end to LASK’s (very unlikely) chances of a fightback.

Pick that out! The centre-back goes for goal from 30 yards out and curls it into the top corner, with Romero having no chance of keeping it out.

United will be scratching their heads wondering how they haven’t scored.

It’s another free-flowing move from Lingard and Mata to find Williams free on the left. He has the time to slide it across the face of the goal but somehow, James and Lingard both miss it.

United produce their best move of the match, with Mata and Lingard combining on the edge of the box.

He pokes it through to Ighalo and you’d bank on him to score from 12 yards, but he slips when pulling the trigger and that allows Schlager to save.

Sure enough, James attempts to pick out Ighalo but the cross lacks accuracy. Not been his night so far.

We’re back underway at Old Trafford.

2020-08-05T20:01:32.896Z
Solskjaer will surely be looking to hand some minutes to the younger players tonight considering there’s virtually no risk of them being caught.

Teden Mengi and James Garner may see this as their opportunity to shine with several of their team-mates failing to make an impression thus far.

Ole Gunnar Solskjaer made nine changes to his side with the tie but he will be demanding more from his fringe players after that drab display.

The first half ends goalless at Old Trafford – and LASK have had the better chances after hitting the bar early on.

“Very little to report here and if this is how United see out their final game at home this season, it will be an anti-climax.

“Of course it means little and there are no fans to play up to, but it’s still been a dreary watch. No surprise, but take out Rashford, Greenwood, Martial, Fernandes and Pogba and United suffer.”

45 mins: Just the one minute to be added on in stoppage time.

But it’s that final pass which is lacking again as Schlager claims the cross.

To go in at half-time level would be a favourable result for them, no question.

39 mins: Another booking – this time for McTominay – after scything down Balic on the touchline.

That’s the kind of foul that would infuriate a manager because the LASK man had absolutely nowhere to go.

The Welsh winger tries to return the favour but a timely block from Trauner denies United once again.

34 mins: Michorl leaves Lingard in a heap after lunging in with two feet on the centre circle and you have to say, he’s very fortunate only to see yellow there.

The midfielder was apologetic for the tackle and that just might have saved his skin.