Manchester United edged to a sluggish 1-0 victory over West Brom with Bruno Fernandes on target from the penalty spot for the third time this season in the Premier League.

Fernandes was able to keep his composure and fire beyond Sam Johnstone at the second time of asking, with his first effort superbly clawed out by the impressive West Brom keeper. A retake was ordered with Johnstone caught off his line for the save.

More VAR drama saw the visitors denied a spot-kick of their own before United took the lead. Fernandes, soon to be the hero at the other end, was deemed to have clipped Conor Gallagher inside the box. Referee David Coote was advised to check his pitchside monitor, and soon controversially overturned his decision. 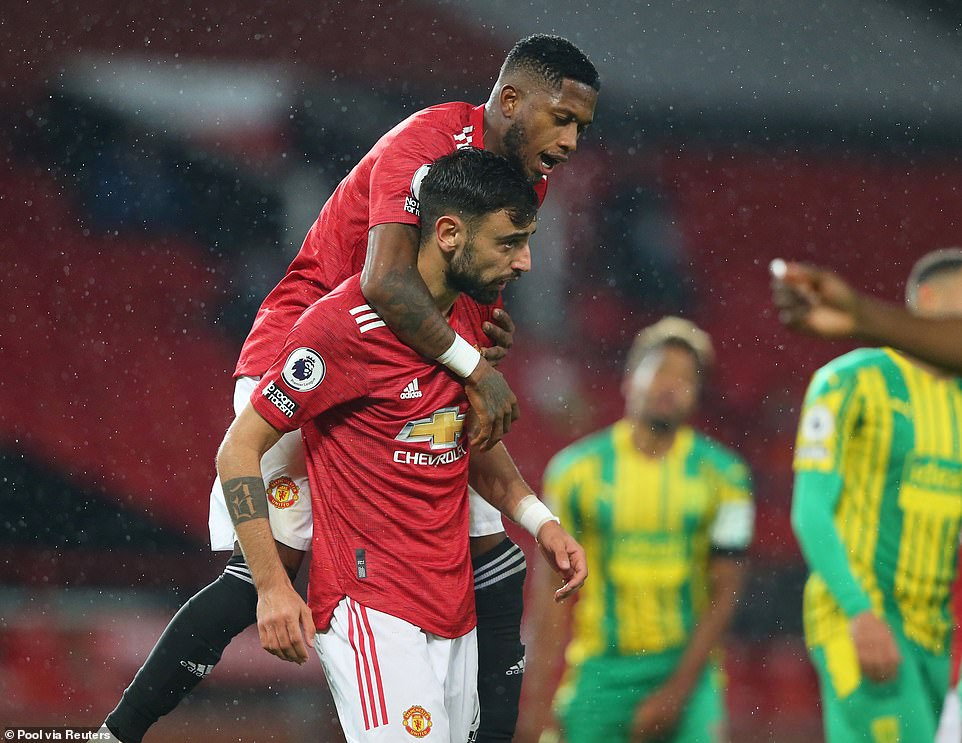 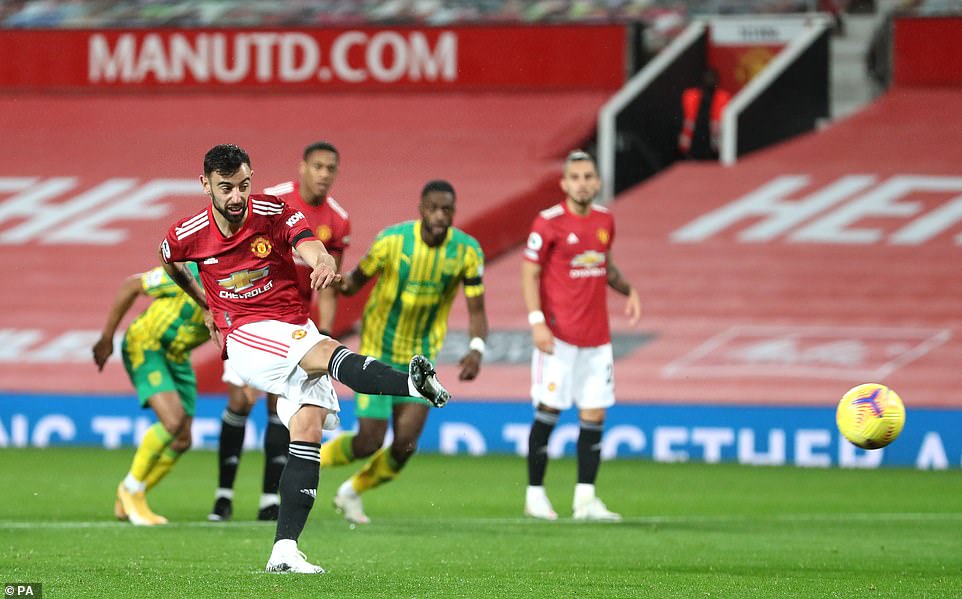 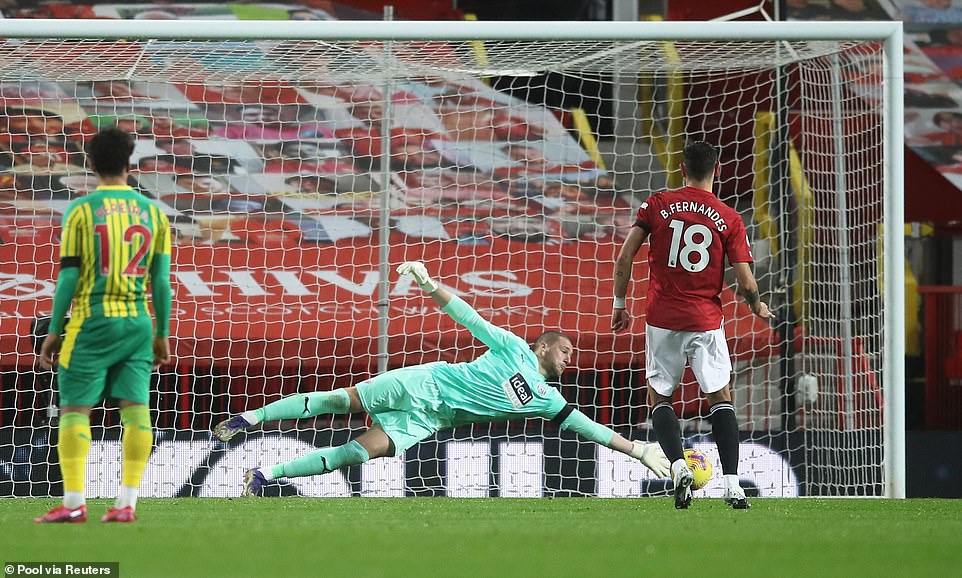 Fernandes saw his initial effort from 12 yards clawed out by Johnstone, only for a retake to be given with the keeper off his line 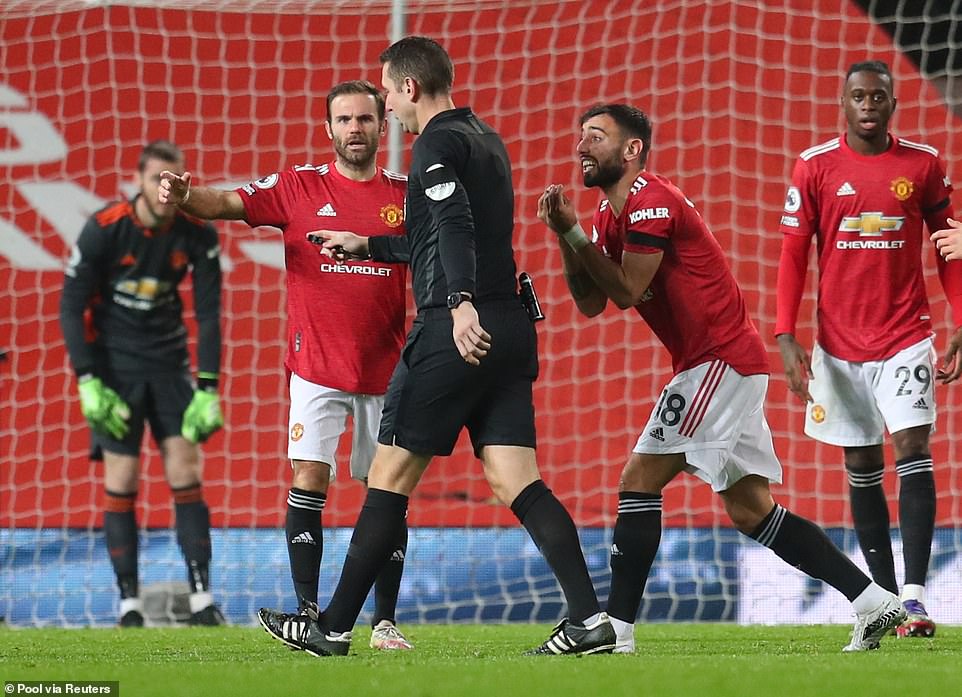 West Brom were awarded a spot kick with Fernandes, soon the hero at the other end, judged to have felled Connor Gallagher 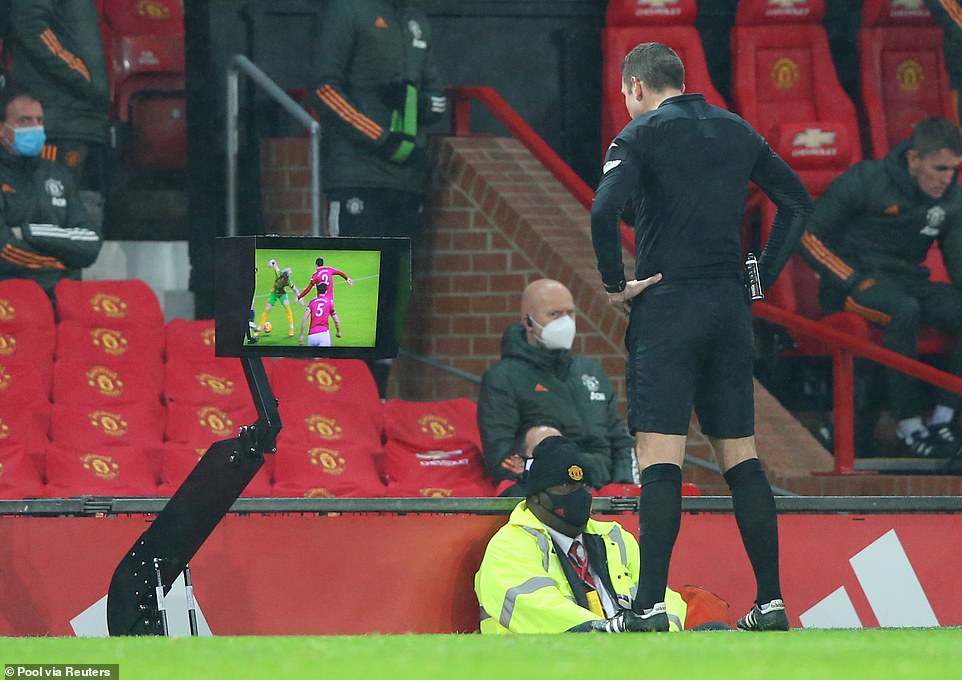 The decision was promptly overruled, however, with David Coote rescinding the spot kick after checking his VAR monitor 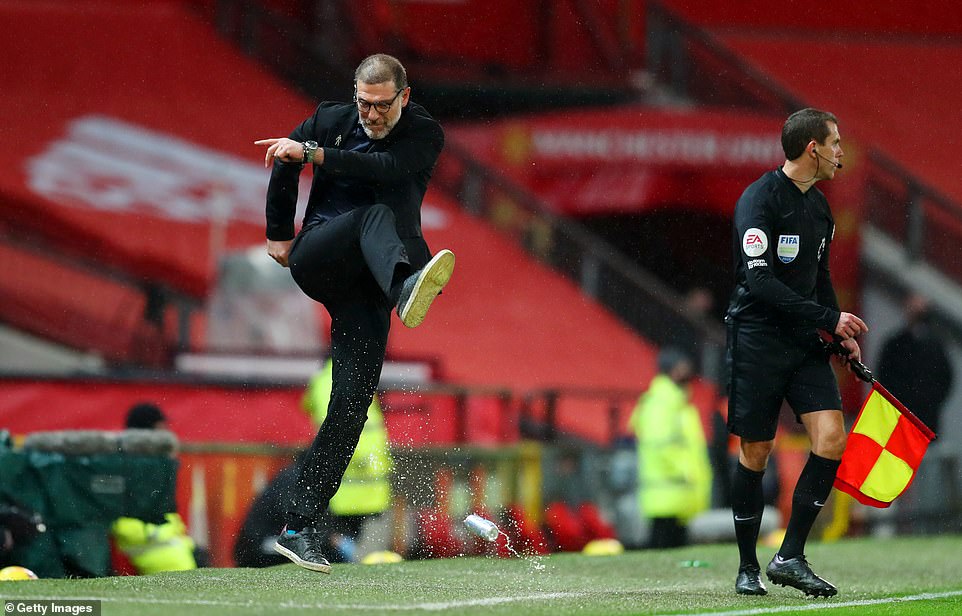 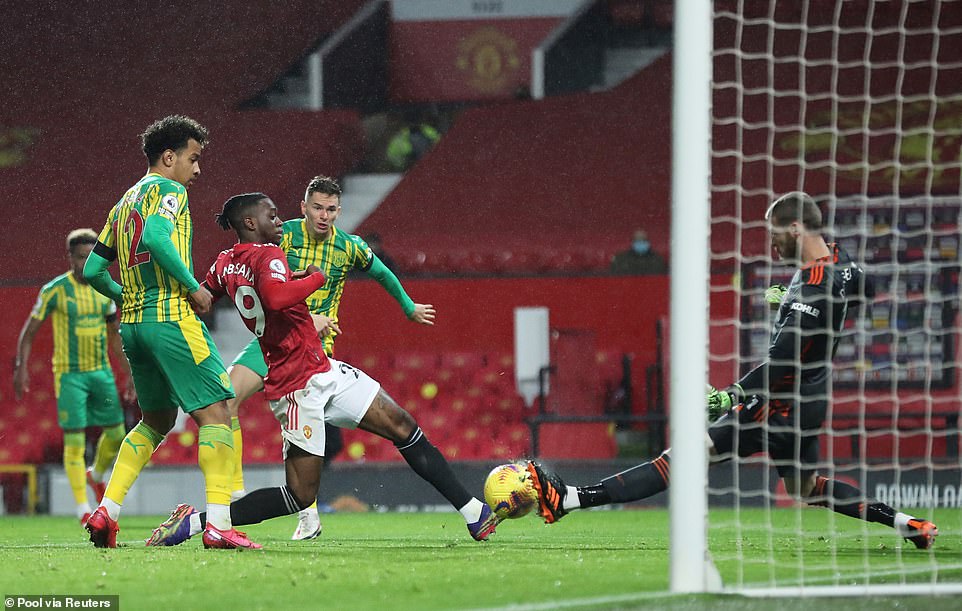 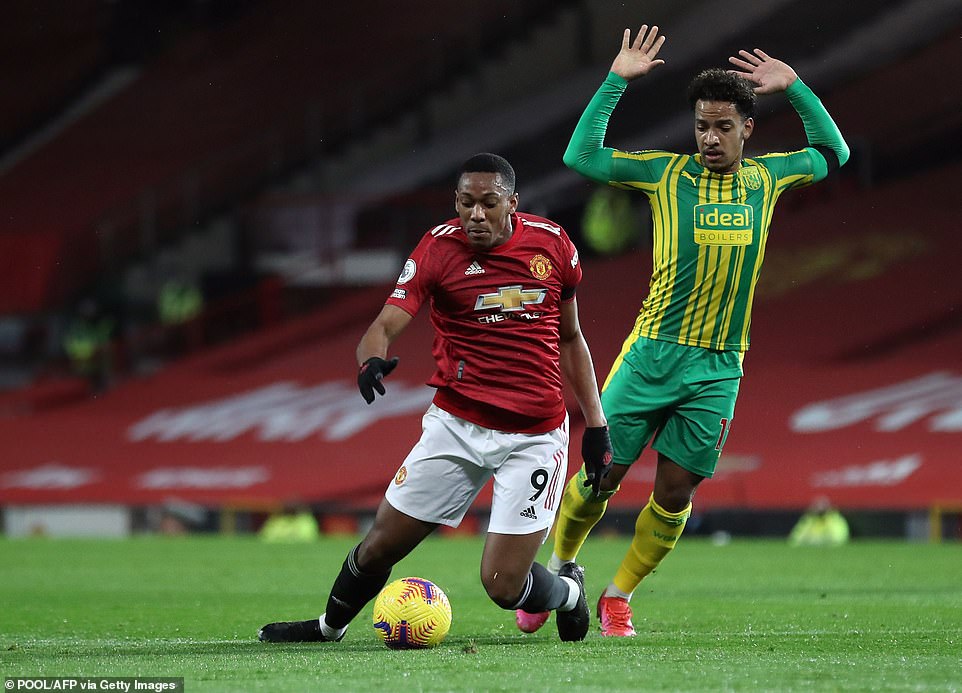 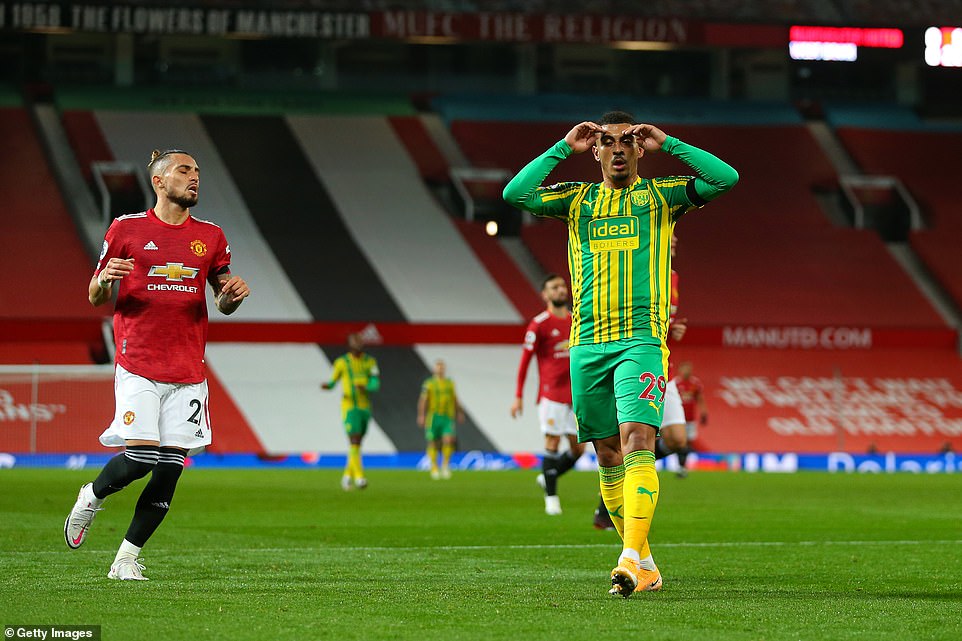 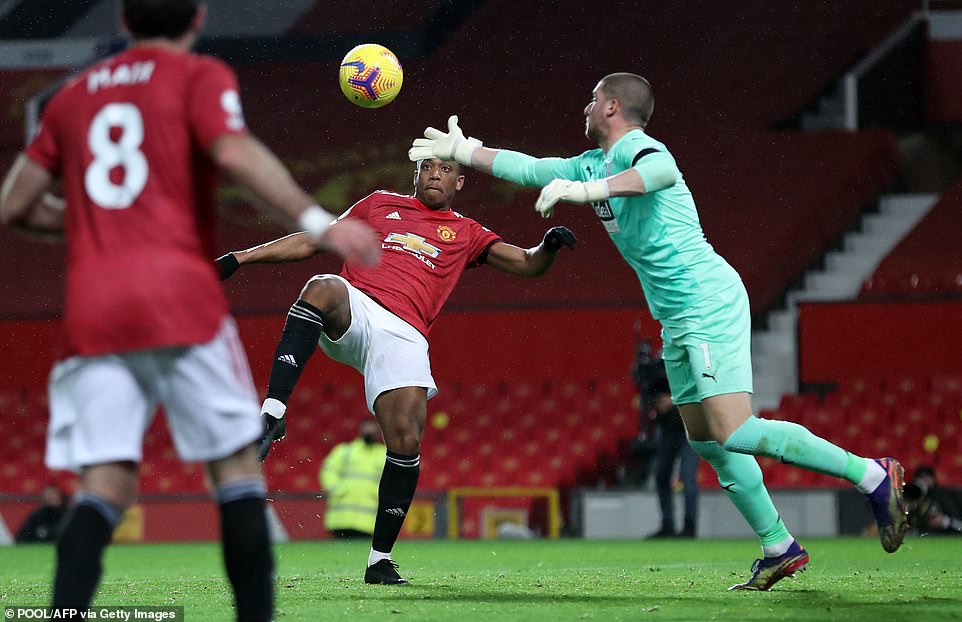 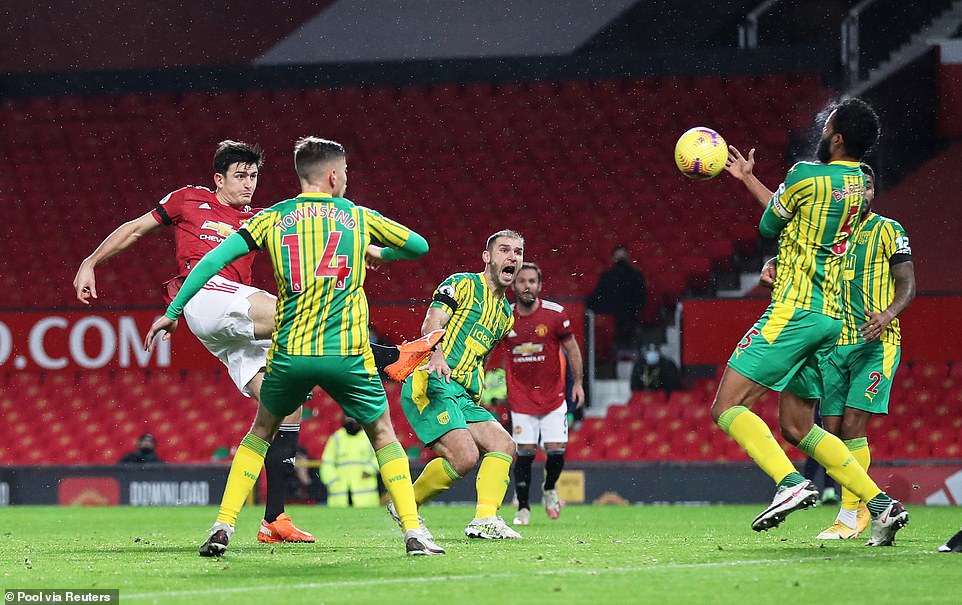 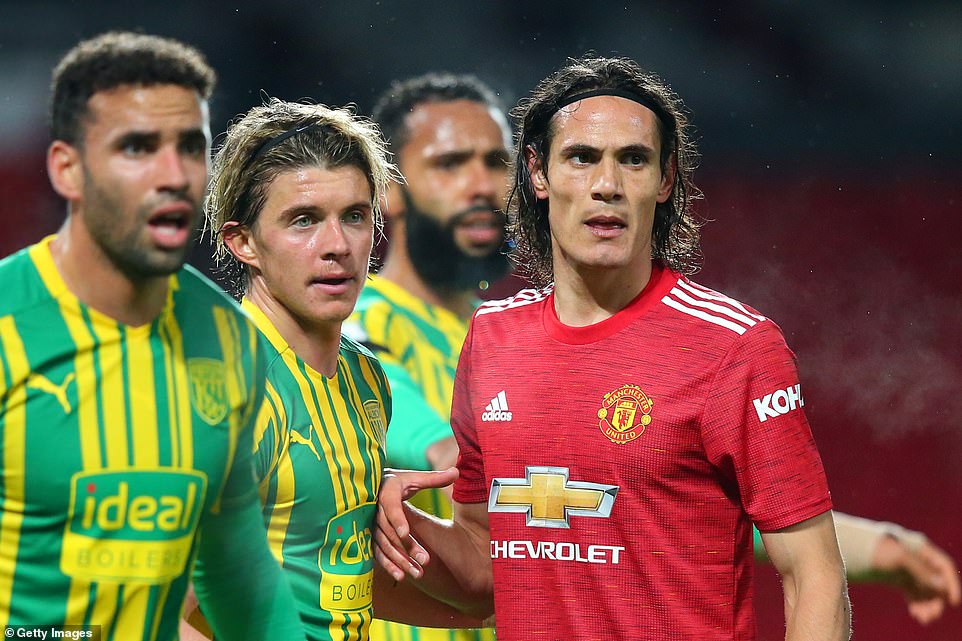 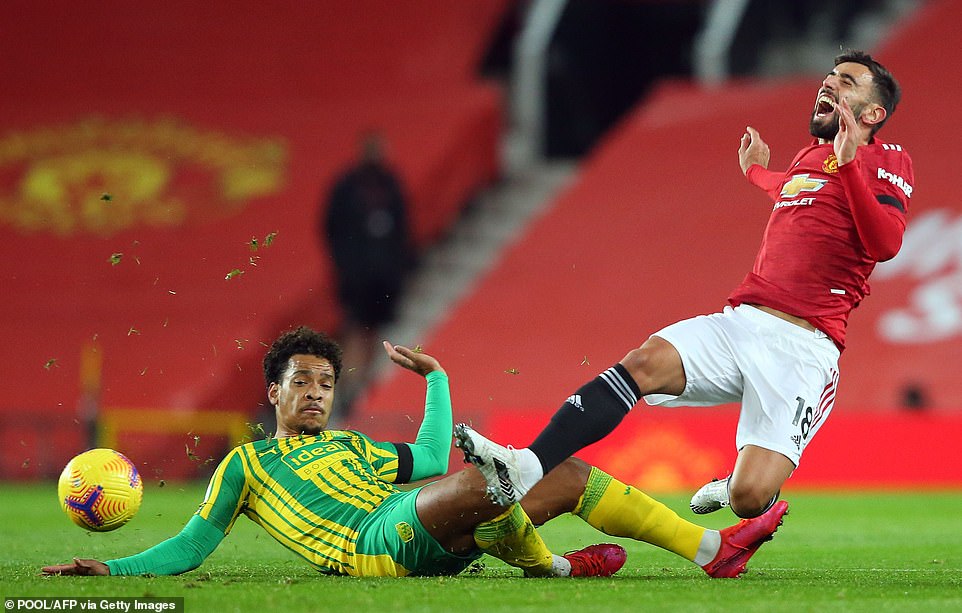 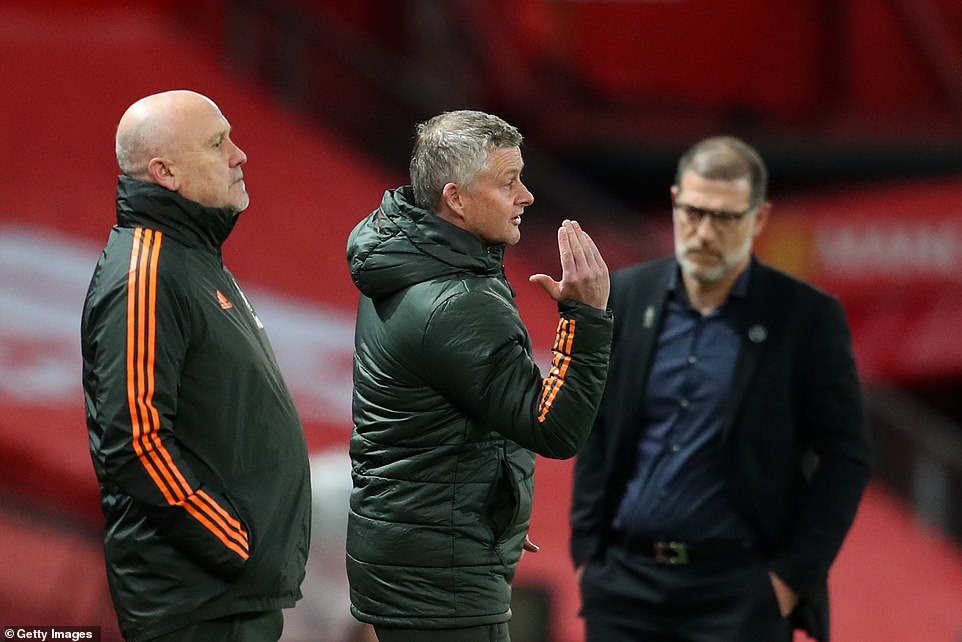 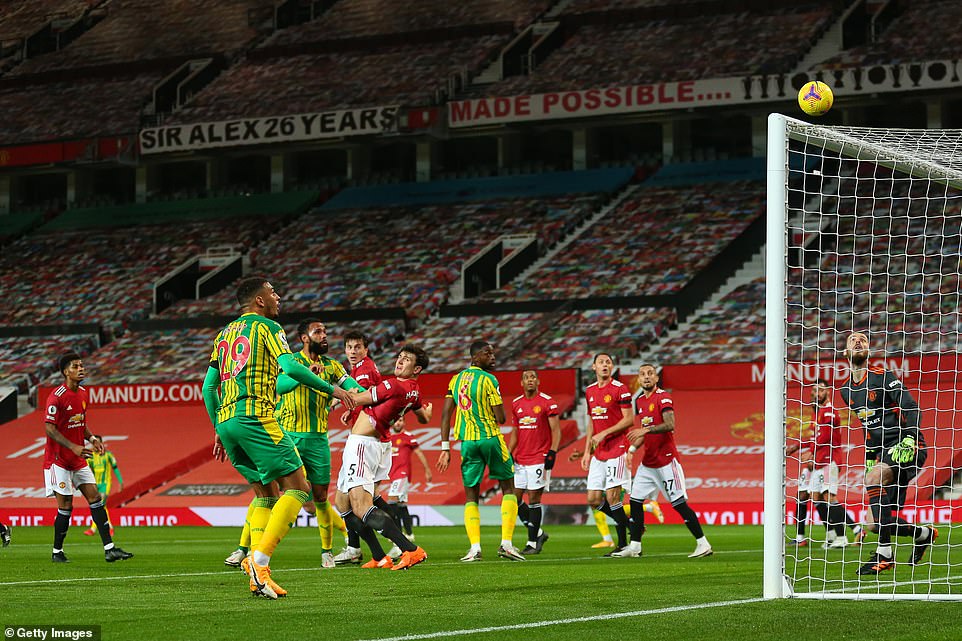 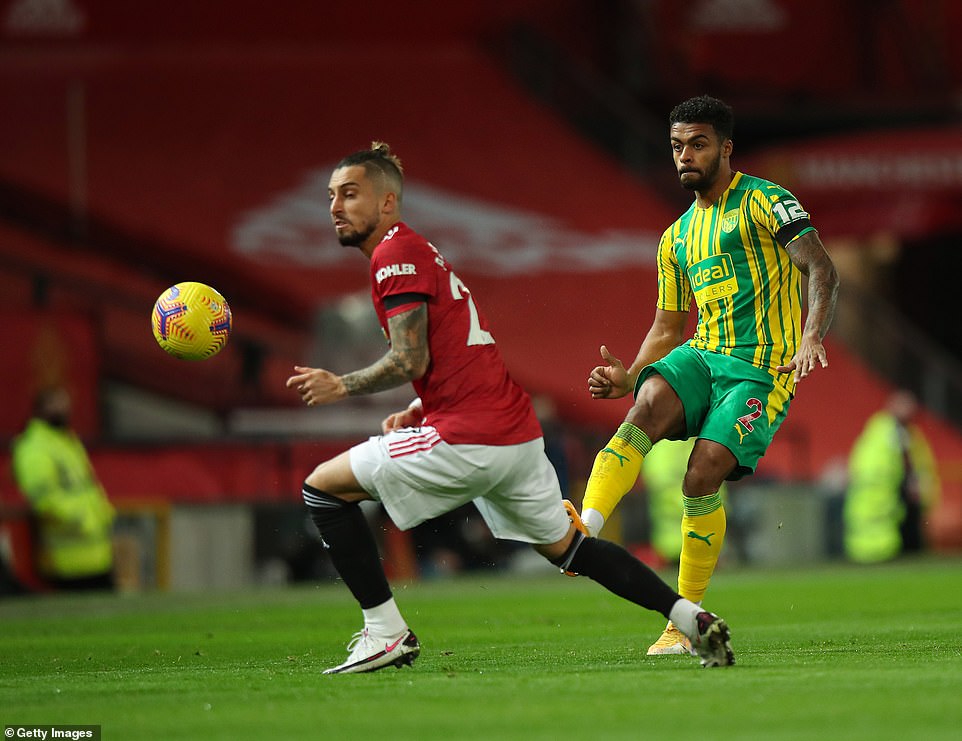 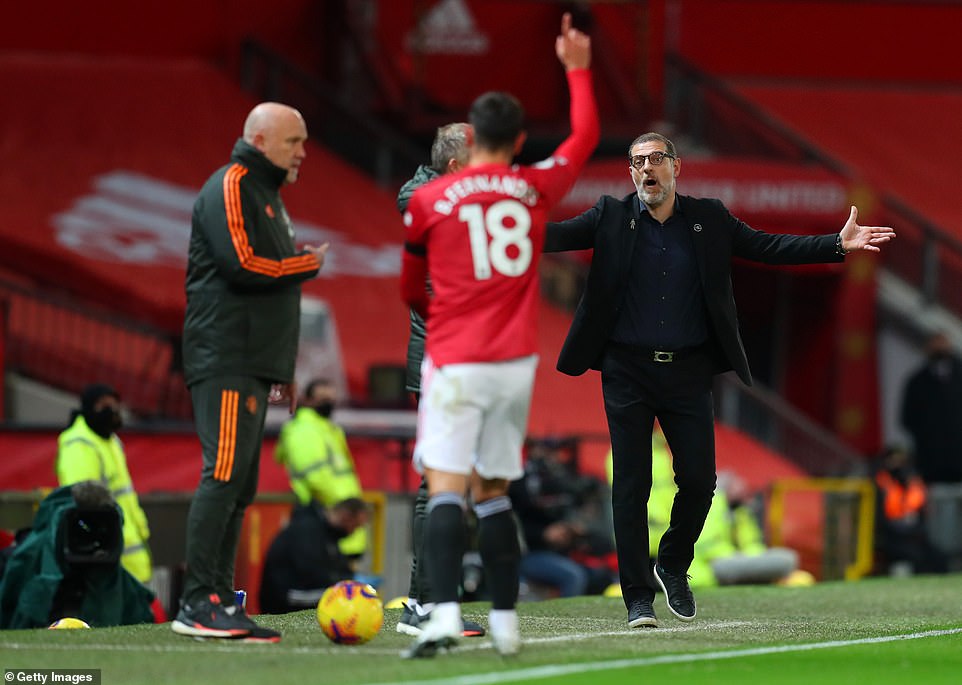