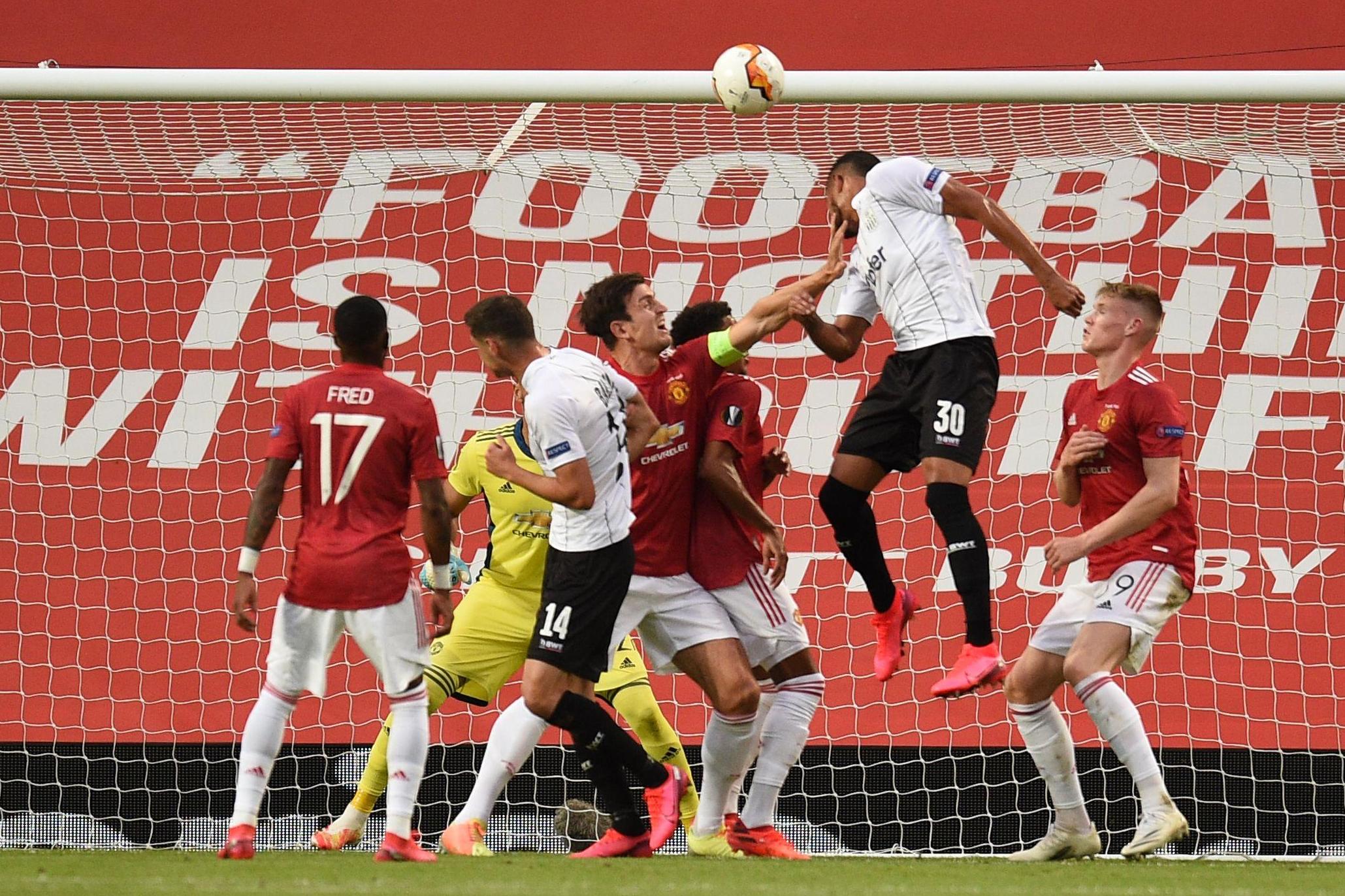 39 mins: Another booking – this time for McTominay – after scything down Balic on the touchline.

That’s the kind of foul that would infuriate a manager because the LASK man had absolutely nowhere to go.

The Welsh winger tries to return the favour but a timely block from Trauner denies United once again.

34 mins: Michorl leaves Lingard in a heap after lunging in with two feet on the centre circle and you have to say, he’s very fortunate only to see yellow there.

The midfielder was apologetic for the tackle and that just might have saved his skin.

Lingard receives the ball in between the lines and he flicks it into Ighalo’s path. The Nigerian takes a clever touch inside his marker but Michorl makes a vital intervention to deny the striker.

Another corner arrives for United and this is where Maguire can be a real handful. So it proves, as he meets Mata’s delivery only to see his header bounce wide of the far post.

LASK are getting closer and United are being undone by long balls over the top.

This time it’s Renner who gets in behind Fosu-Mensah, whips in a fine cross to Raguz and the veteran striker glances over the bar.

“LASK have been very much the better side here.

“Not for the first time, United look a very different prospect when Solskjaer rings the changes. United’s first XI may be top three in the Premier League, but there is a steep drop off when it comes to the back-ups.”

24 mins: Fosu-Mensah gets his name taken for a late challenge on Renner on the edge of the box.

Balic takes it but strikes into the wall and it’s hacked away by McTominay.

The visitors are growing in confidence and United are still struggling to get their rhythm going.

He gets his revenge with a foul on Renner and makes his case to the referee.

18 mins: Ighalo brings it forward from deep and has Mata to his right, trying to delay his run. But the Nigerian goes for goal but scuffs it well wide.

Their passing has felt a little disjointed and lacking fluidity so far, while LASK are showing a lot more ambition than the first leg with absolutely nothing to lose.

An early scare for Man Utd!

Andrade sends his header against the upright before Wiesinger drags his effort wide.

Very nearly the lead there for LASK.

We’ve already seen a 50-yard effort and a couple of diagonal passes that were easy on the eye. They’re not lacking confidence.

From the resulting delivery, Maguire gets up for a free header but sends it over the bar.

2020-08-05T19:06:56.390Z
2 mins: The opening stages have been a bit scrappy after Fred lost possession in his own half, but LASK fail to capitalise with McTominay winning the ball back.

Solskjaer will be looking for his side to control the game and get some goals in the process, despite making nine changes to the team.

The players pay tribute to those who died during the coronavirus pandemic and no doubt also to those who were tragically killed in the explosion in Lebanon.

Now we’re underway at Old Trafford. United are playing in their new home shirt tonight for the first time.

It will take something incredible for United to even be troubled here tonight – given their five away goals in Austria.

It’s far more realistic to suggest the Red Devils will keep their wits about them and grab a few goals in the process.

Manchester United have discovered their quarter-final opponents, should they get through without any hitches tonight.

They will face Copenhagen in the Europa League one-legged tie on August 10 after the Danish outfit overturned a first-leg deficit against Istanbul Basaksehir.

The Superliga side were 1-0 down from the first leg but a double from Jonas Wind and Robert Falk’s second-half strike have put them through to the last eight.

The United captain makes his 53rd appearance of the season tonight – that’s the most of any Red Devils player.

When is the Champions League group stage draw? Date, start time, how to watch, fixture dates and pots

When is the Champions League group stage draw? Date, start time, how to watch, fixture dates and pots