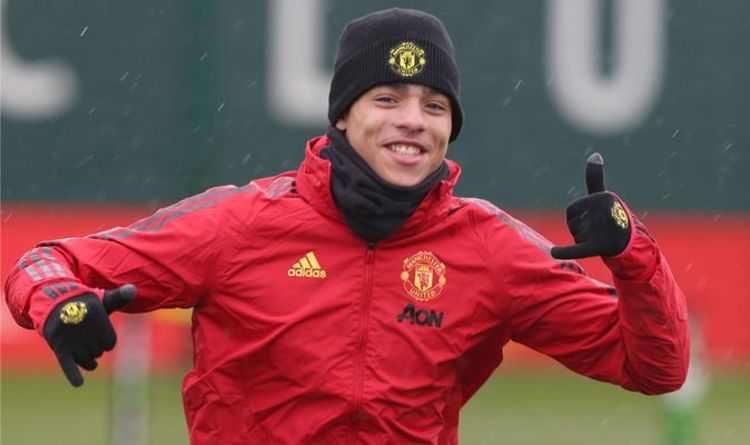 Manchester United have high hopes for Mason Greenwood. According to the Daily Mail, they feel the 18-year-old ‘will have developed into an established first-team player in 12 months’ time.’ And that will be good news for England manager Gareth Southgate, who could have a sensational strikeforce at his disposal for the European Championships next year.

There came a time where United thought the most-talented academy player on their books was Angel Gomes.

But, ever since Ole Gunnar Solskjaer replaced Jose Mourinho as manager, Greenwood has become the talk of the town.

When United travelled to France last year, for a Champions League showdown in which they trailed 3-1 from the first leg, Solskjaer chose to take Greenwood along.

And with minutes to go he was thrown on. On the biggest stage of them all, Solskjaer showed his faith in the teenager’s ability by giving him a chance to make a name for himself.

In the end, that didn’t happen.

Instead it was Marcus Rashford, another academy graduate, who did the impossible by propelling the Red Devils through courtesy of a dramatic late penalty.

Greenwood would go on to make three more appearances for the Red Devils, all in the Premier League, and didn’t score.

But, despite that, Solskjaer decided to show more faith in the teenager in last summer’s transfer window.

The Norwegian knew he had a big task on his hands when he took over from Jose Mourinho in December 2018. And, after missing out on a place in the Premier League top four, he got to work.

Solskjaer could have easily settled for trying to coax the best from Romelu Lukaku, whose attitude infuriated the Norwegian towards the end of his time at the club.

He also had the chance to give Alexis Sanchez another chance to show he was once worthy of one of football’s most-dizzying contracts.

Now, United are hoping Greenwood will be a household name by this time next year.

And that’s a huge boost for Southgate, with Euro 2020 taking place in 2021 instead as a result of the coronavirus crisis.

His England squad could have another ruthless forward next year.

Greenwood, Rashford, Harry Kane and Tammy Abraham would be a deadly four. Especially with Jadon Sancho in the mix too.

United think Greenwood can scale sublime heights. When football returns, the onus will be on him to prove them right.