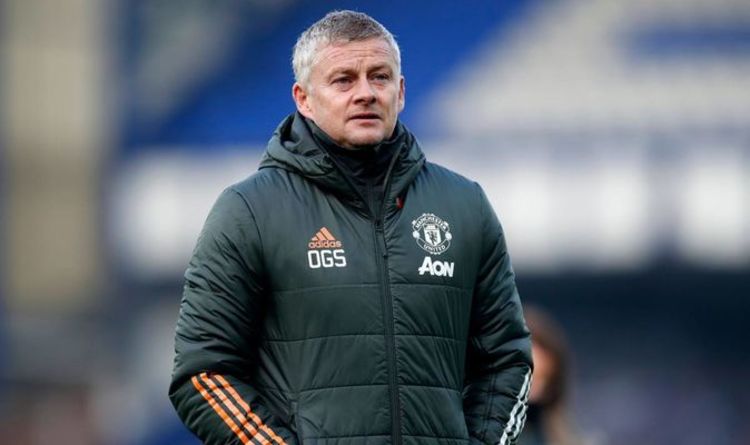 Manchester United have let Timothy Fosu-Mensal leave the club with his contract set to expire in the summer. The 23-year-old has joined Bayer Leverkusen for a fee of around £1.5m but leaves one area of the squad exposed. Aaron Wan-Bissaka is now United’s only senior right-back, while several have been linked.

The decision to let Fosu-Mensah leave right now seems a strange one considering the current challenge Solskjaer is in at United.

Just yesterday, the Red Devils went top of the Premier League, leapfrogging Liverpool in the process after beating Burnley 1-0 at Turf Moor.

It comes ahead of this weekend’s mouthwatering tie between the two titans in the league and marks a commendable turnaround from Solskjaer, who faced early pressure this season.

But depleting his squad of a right-back at a time when the pressure will ramp seems a way to shoot yourselves in the foot.

That leaves Norwich City ace Max Aarons as the ideal cover, who has impressed in the Championship this campaign.

He also took to the Premier League brilliantly despite being just 21 at the time and it even saw Barcelona take an interest.

There are even some who believe the youngster could develop into a better player than Wan-Bissaka, with Aarons’ known for his attacking qualities.

But that offensive flair is not to the detriment of his defensive astuteness and in one-on-one situations, the Englishman is often the winner.

Norwich are currently flying in the Championship and look set to bounce back from relegation last year to return to the Premier League at the first time of asking.

With Fosu-Mensah’s contract expiring in the summer, it most likely meant United officials wanted to offload the 23-year-old to make some money out of him.

But at £1.5m, they hardly recouped much and hardly enough to warrant potentially leaving a massive gap in the squad should Wan-Bissaka get injured.

Whether it means interest in Trippier or Aarons ramps up or another player remains to be seen but it will no doubt mean there will be plans being put in place to strengthen the position.