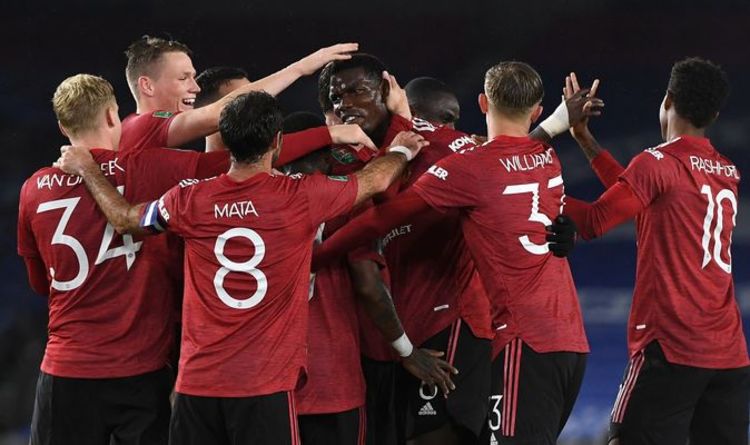 It has been revealed that Edinson Cavani will be earning around £200,000 per week during his two-year stay at Old Trafford, which makes him one of the club’s highest-paid players. However, the veteran striker still falls some way behind David de Gea and Paul Pogba in the rankings, according to Spotrac.com.

They claim the duo earn an annual salary of over £15million each, with De Gea taking home a whopping £375,000 weekly pay packet.

Pogba is United’s next-highest earner on £290,000-per-week, while Anthony Martial and Marcus Rashford tip the scales with weekly wages of £200,000 or more.

This means Cavani is joining an exclusive group at Old Trafford, but it is little surprise considering the Uruguayan’s last club were cash-rich Paris Saint-Germain. In order to compete with offers from China and the Middle East, United were always going to have to front up the cash to tempt a player of Cavani’s pedigree to Old Trafford.

It was a similar story in persuading Bruno Fernandes to join the club almost 12 months ago, as the former Sporting man held out for £180,000-per-week, according to Spotrac. While he has been United’s most influential player during his time at the club, he is still only seventh in the list of best-paid players.

Under-fire defender Harry Maguire is one place above, earning £10,000 more per week than the Portuguese playmaker, while the likes of Juan Mata and Luke Shaw – who could soon be peripheral figures – earn £160,000 and £150,000 each week respectively.

Mata has been celebrated for founding the fundraising initiative Common Goal – a charity which persuades high-profile sportspeople to donate 1% of their salary to good causes.

New boy Alex Telles might replace Shaw in the team but he earns considerably less than the Englishman, pocketing £75,000 in weekly wages according to The Guardian.

Earlier this summer, United signed Donny van de Beek from Ajax, awarding him with a contract that sees him earn £120,000 every week. It has not yet been reported what teenager Facundo Pellistri makes at United, but it is unlikely to be a similarly eye-watering sum given he’s just signed from Uruguayan top-flight outfit Peñarol.

Pellistri may earn somewhere in the same range as Scott McTominay though, who despite his prominent first-team role, earns a £20,000 per week. United third-choice goalkeeper Lee Grant earns £10,000 more despite having just two appearances for the club to his name, as per Spotrac.

There is no information available for Mason Greenwood or Odion Ighalo.