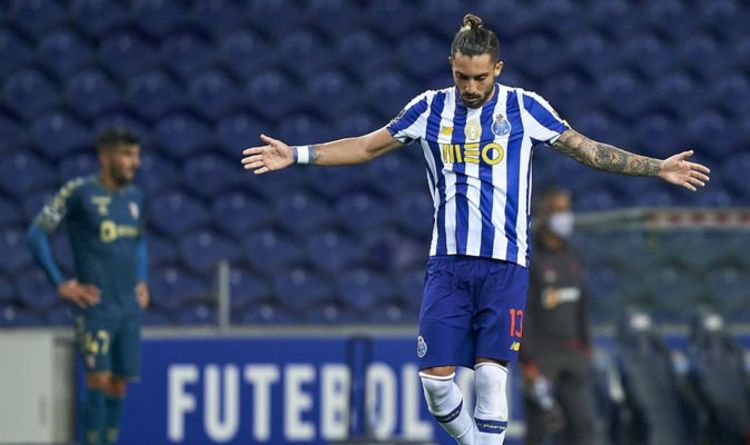 Manchester United target Alex Telles appears to have hinted he wants to join the Red Devils. United boss Ole Gunnar Solskjaer is on the lookout for defensive reinforcements before the transfer window closes on October 5.

It’s understood that Porto’s Telles is one of the players the Norwegian is contemplating bringing in to help alleviate his team’s defensive woes.

An official offer has yet to be tabled for the left-back but is expected to come in the coming days.

As is often the case when United are linked with a player, fans have been paying close attention to Telles’ social media.

And on Thursday evening, a certain Instagram like from the Brazilian set chins wagging amongst Red Devils supporters.

“As I’ve said so many times, I’m very confident in my players and if and when something happens, with ins and outs, we’ll update you,” the Norwegian said.

“In football, you can’t predict too much, but for me we’re just working on getting better.

“My focus is solely on the game, I can’t be thinking any other way. Then we can talk again.

“We’re a week further down the line, it’s been a good week. Some players have been training well and the work has been good.

“We had a bad start last week, we want to kick on and play a better game.

“We played Brighton after the restart, we have good memories from that game, and hopefully we can show something like that.”

United will be back in action on Saturday afternoon, travelling to the Amex Stadium to take on Brighton.