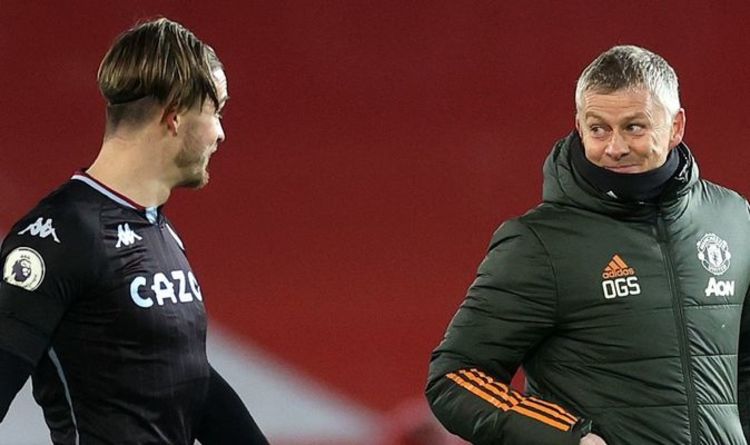 Ole Gunnar Solskjaer will be delighted with the progress Manchester United have made this season with the Red Devils currently top of the Premier League table. However, the Norwegian will be keen to ensure the club’s position is no fluke as they look to establish themselves as the best team in the division once again. In order to achieve that, Ed Woodward will have to dip his hands into his pockets this summer and Express Sport takes a look at four names that could arrive at the end of the season.

It’s a link that just won’t go away. Manchester United have been tracking Sancho for around two years now.

So far their pursuit of the winger has come to no avail but they haven’t lost hope just yet.

That’s because Borussia Dortmund are finally expected to sell Sancho this summer, after his value began to drop this season.

Last summer, United offered around £90million for the player but that was waved away by Signal Iduna Park chiefs.

Sancho wants the move to United and this time around there’s a strong chance it will happen.

United clearly missed a trick when deciding against a deal for the teenager striker last January during his time at Salzburg.

Solskjaer managed Haaland at Molde and has a unique relationship with his fellow Norwegian but United were put off by the agent fees involved in the deal.

Now they’re living to regret the decision following Haaland’s prolific form in Germany, where he has made £18m look like one of the biggest steals in transfer history.

Haaland’s release clause worth around £66m does not become active until 2022, meaning Dortmund are likely to push for at least £100m.

That could prove a worthwhile investment though with Haaland already regarded as one of the best strikers on the planet.

The RB Leipzig man was on Solskjaer’s shortlist last summer but Ed Woodward failed to deliver.

Upamecano ended up signing a new deal with the Bundesliga outfit and that may not have worked in United’s favour.

This summer his £36m release clause comes into play and United are expected to rival Bayern Munich and Liverpool in the race for his signature.

The Frenchman is one of the best defenders in the Bundesliga and made a real impression in last season’s Champions League as Leipzig reached the semi-finals.

Solskjaer may re-evaluate his centre-back options at the end of the season though, following Eric Bailly’s revival and Harry Maguire’s impressive form.