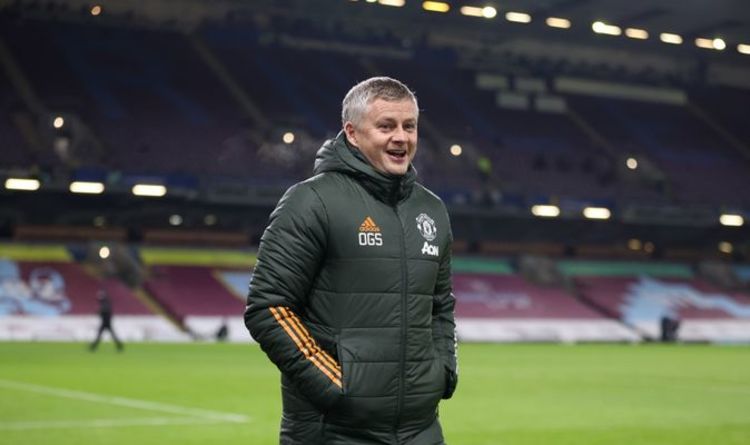 Manchester United legend Gary Neville has claimed Manchester City could be more of a threat to the Red Devils’ Premier League title hopes than defending champions Liverpool. Speaking after United leapfrogged Liverpool to go top of the table, Neville labelled City “the real danger” in the title race.

Paul Pogba’s second-half strike earned United all three points at Turf Moor and ensured they took full advantage of their game in hand ahead of a crunch trip to Anfield on Sunday.

Giving his thoughts on the title race after United’s win, Neville told Sky Sports: “It’s a strange season. If you said it to me at the start of the season, all of us would’ve said ‘no, no chance, they’re nowhere near the consistency levels’.

“But, as I sit here tonight, why shouldn’t Manchester United fans believe? Why shouldn’t this team believe?

“You look at that front-line of Cavani, Rashford and Martial, Greenwood. You look at the midfield four, you look at Fernandes who, to be fair, maybe wasn’t at his best tonight but then Pogba steps up and is absolutely fantastic.

“I don’t think it’ll be a comfortable few days for Liverpool in the sense that I don’t think they expected Manchester United to be anywhere near them or see them as a competitor or a threat this season.

“I think that’s why it can be a little bit of fun for these Manchester United fans. But, I also believe these players feel they can have a really special season.

“No fans in, it’s odd, it’s changing every single week and you don’t know what’s going to happen.

“There’s an element of unpredictability to the season and Manchester United could exploit that.”

United boss Ole Gunnar Solskjaer believes United are well-placed ahead of the clash with Liverpool, saying :“A brilliant position to be in.  Of course, we know we’re going to the champions.

“They’ve had an unbelievable three and and half seasons so we know it’s going to be a difficult game for us but we’re ready for it.

“I think we couldn’t have asked for a better time to play them because we’re in good shape, good form.

“Hungry, that’s the big thing. These boys are hungry, they want to get better and that’s a test, again. A test of character and test of quality.”