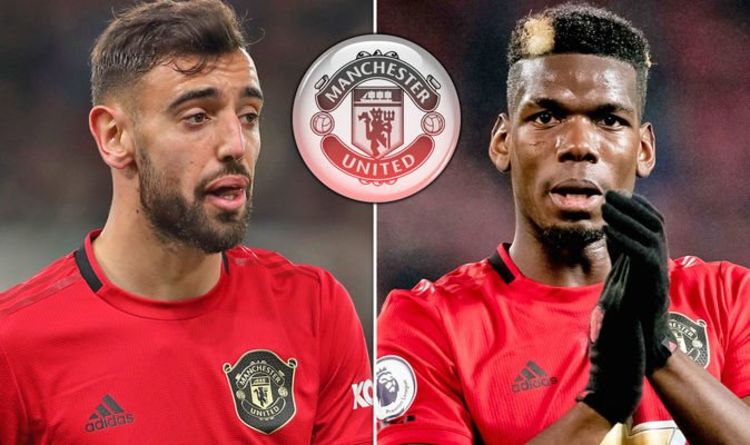 Manchester United reportedly think Bruno Fernandes and Paul Pogba being played together can benefit Mason Greenwood, Marcus Rashford and Anthony Martial. The trio have all been in sparkling form this season. And the Red Devils have high hopes for them, believing they can form the most-prolific attacking trident in the Premier League.

According to the Daily Mail, United believe Rashford, Greenwood and Martial can benefit from the return of Pogba.

The France international has been missing for most of the campaign, with injury restricting him to just eight appearances across all competitions.

Pogba is now fully fit and raring to go and United, it sees, have high hopes for the France international.

They believe he can now kick on at Old Trafford and establish himself as a success, particularly with Fernandes now at the club.

The Red Devils signed the Portugal international from Sporting Lisbon in January.

And he’s been a big success in the short time since, scoring three goals and registering three assists from eight games so far.

United are said to be prepared to walk away from Jadon Sancho and Harry Kane transfer deals because of Rashford, Greenwood and Martial.

And they think that, with Pogba and Fernandes behind the trio, their attack will be on the right track when the Premier League starts up again.

Pogba remains determined to leave the Theatre of Dreams, with Real Madrid and Juventus both emerging as potential destinations.

But it seems like United are planning ahead with the 27-year-old very much in their plans.

The Red Devils have had numerous attacking trios over the years who have propelled them to silverware aplenty.

“Marcus got his injury, on course for his best season, Anthony too, and Mason of course is just a unique talent with his goal-scoring ability.”

Rashford had scored 19 goals before sustaining a serious back injury in a 1-0 FA Cup win over Wolves in January.

Martial has found the net 16 times this term, one short of his best-ever seasonal tally.

And Greenwood, who only made his debut a year ago at the age of 17, has struck 12 goals across all competitions.

Whether they can restore the club to the superpower they used to be, though, remains to be seen.