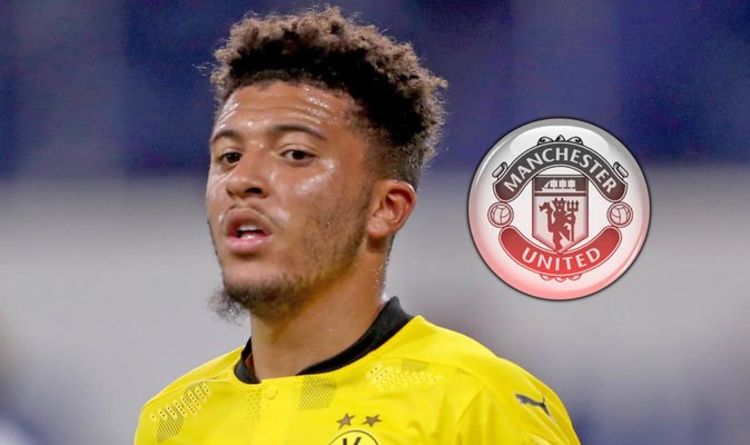 Manchester United target Jadon Sancho has reportedly told Borussia Dortmund that while he’d be content to remain at the club, he’d be ‘happy’ if he joins the Red Devils. Ed Woodward has spent the whole transfer window trying to bring the midfielder to Old Trafford. But they’re yet to make a breakthrough, with the Bundesliga giants holding firm.

They attempted to land the England international back in the summer transfer window of 2017, when the forward was cutting his teeth at Manchester City.

He then ended up joining Borussia Dortmund instead and rejected United a year ago, too, in the wake of their failure to secure Champions League qualification.

But they’ve been unable to secure Sancho’s signature so far, with Dortmund demanding a massive £108million to let their star asset go.

And journalist Fabrizio Romano has claimed on the Herewegopodcast that, while Sancho would be content to stay at the Westfalenstadion, he’s told Dortmund a move would make him ‘happy’.

Meanwhile, speaking recently, United legend Gary Neville opened up on Sancho and expressed a belief that the club should switch focus.

“Like everyone else they had three months off because of coronavirus, so I don’t think it should be the case they didn’t have the resource or time to get things done,” Neville told the Daily Mail.

“Chelsea got their business done, [Manchester] City have got three or four pieces done. I don’t think timing’s the issue.

“They think they can hang on but they always pay it [the asking price] in the end.

He then added: “That’s been the frustration with Sancho.

“The fact that it’s dragged on. Just say to Dortmund ‘leave him there’ and go get another player.

“There are plenty of players around, there can’t be just one player you’re chasing.

“If you can’t get a deal done (for Sancho) you have to move on. You certainly have to give hard deadlines on players.”