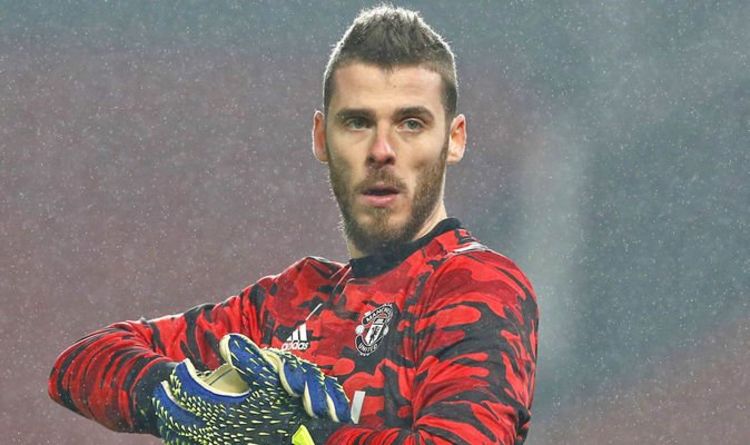 Manchester United star David De Gea is reportedly wanted by three clubs amid uncertainty over his Old Trafford future. The veteran has been at the club ever since arriving from Atletico Madrid a decade ago. However, a parting of the ways could soon be on the cards.

United have seen De Gea shine over the years.

When he arrived as a teenager from Atletico he initially struggled to adjust to life in the Premier League, dropping clangers against the likes of West Brom, Manchester City and Blackburn that season.

However, in the years since, De Gea has established himself as a United legend.

He helped the club win the title in 2013 under Sir Alex Ferguson and, since then, has helped the Red Devils win the FA Cup and Carabao Cup.

Over the past 18 months, though, De Gea has waned. There have been some big mistakes, such as the two he made against Everton earlier in the month.

“I saw David De Gea turn his back on the ball the other week. Manchester United’s goalkeeper, scared of getting hurt. I couldn’t believe it.

“But De Gea isn’t the only one. They’re all happy to pick up their £100,000-a-week wages – but they’re not prepared to get a smack in the teeth or the nose to keep the ball out of their net.

“People might say ‘John Burridge is a dinosaur, what does he know?’

“But when I talk to lads who I played against they all think the same as I do.

“The only thing keepers do these days is the ‘star-jump’ that Peter Schmeichel brought into the game.

“But Peter would only do that if he was close enough to the striker to be able to block the shot.

“If you saw a goalkeeper coming out feet first all the time, you knew he didn’t have the courage to get to the very top.

“Now, it seems they are actually coached to do it.”