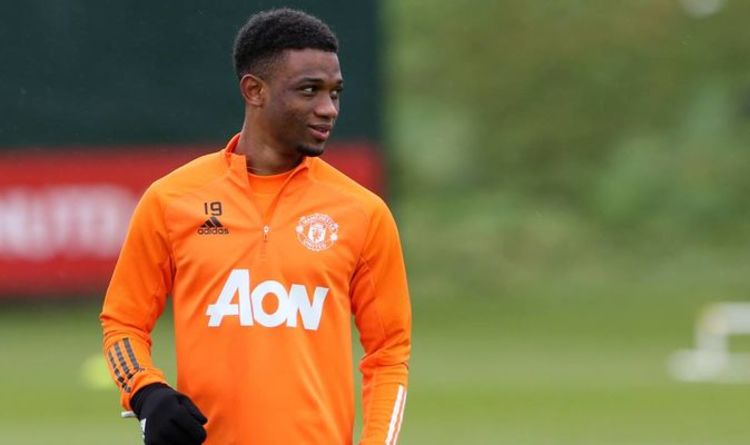 Manchester United star Daniel James has given fans an update on how Amad Diallo is getting on in training. After signing from Atalanta in January, Ole Gunnar Solskjaer has been patient with the 18-year-old.

United star James has revealed how Amad has wowed him in training – despite the two competing for the same spot.

The Ivorian was brought in for a fee of up to £37m in January and big things are expected of the youngster.

He is yet to make his debut for the Red Devils – with Solskjaer sticking to his patient philosophy when it comes to young players.

Fans are desperate to see him in action but the Norwegian coach does not want to rush him and is working with him behind the scenes.

And James has opened up over the 18-year-old, admitting that he has been blown away by the forward.

“Amad has come in and, as a young lad, he’s been unbelievable in training,” the Wales international told United Review.

“I mean his professionalism [is very good] and he’s settled in straight away, I’d say, do you know what I mean?

“We see his quality in training, he has unbelievable feet, but we’ve seen he also presses well and wins the ball back, which is exactly what we want.”

James and Amad are competing for that spot on the right-hand side with the former enjoying a short spell of fine form following his goal against Newcastle and stellar display in the Europa League.

After beating Real Sociedad 4-0, United could hand an opportunity to Amad with the tie in the bag.