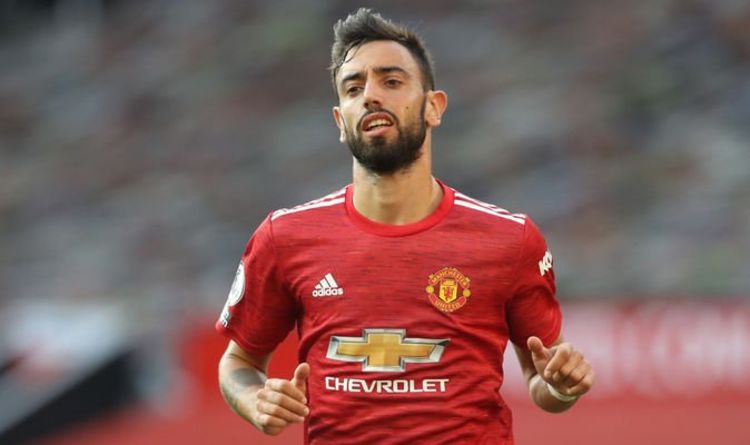 Deals were also struck for teenage wingers Facundo Pellistri and Amad Diallo worth in the region of £10m and £37m respectively.

Uruguayan Pellistri could be an immediate first-team option but Ivory Coast’s Diallo will not join United until January.

Donny van de Beek, signed for £40m from Ajax, is another whom United will presumably hope can share Fernandes’ workload.

The Dutchman has yet to start a league match but did score in the loss to Palace after coming off the bench late on.

Meanwhile, new boy Telles revealed that he spoke to Fernandes before moving to United.

The left-back played against Fernandes in Portugal with Porto and Sporting rivals at the top end of the Primeira Liga table.

“I’ve spoken to Bruno Fernandes and he’s said how welcoming the boys are. I believe I will settle very well into the group.”

On how he help Fernandes at the business end of the pitch, he added: “I like to think of myself as a very intelligent player, a set-piece specialist and I’m always looking for opportunities to create passes to score goals.