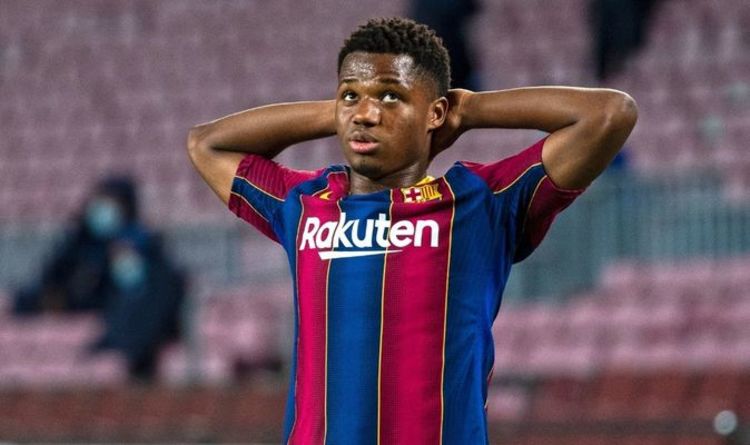 Manchester United reportedly had a deal worth £133million (€150m) in place for Barcelona star Ansu Fati, but the La Liga giants were not ready to cash in on the teenager, who remains one of few shining lights at the Camp Nou. Fati is represented by super-agent Jorge Mendes and it’s now emerged that the Portuguese tried to set up a deal which would have seen the young talent move to United.

Ed Woodward and co were in the market for a right-forward, with Jadon Sancho top of United’s shopping list.

However, the club were not prepare to fulfil the demands of Borussia Dortmund, who wanted around £108million for Sancho.

The player was keen on moving to Old Trafford but Dortmund’s firm stance on the England international saw them explore other targets.

By the close of play on deadline day, United had young stars Facundo Pellistri and Amad Traore through the door.

Barcelona were starved of cash this summer and therefore could not spend big themselves to repair their faltering squad.

Yet the report adds the Barca board blocked the exit of Fati, who they deemed far too important to their project.

There was already huge uncertainty surrounding the future of Lionel Messi and for that reason, Barcelona could not afford to lose the 18-year-old.

Fati’s father, Bori, recently dismissed speculation surrounding his son’s potential exit and instead claimed his son is happy at Barca.