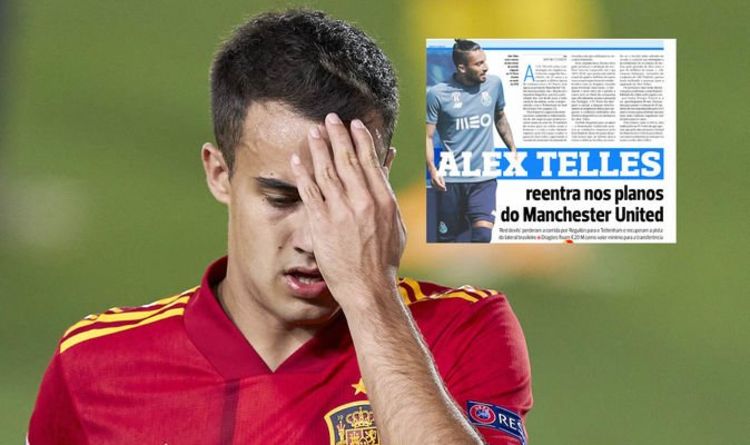 Manchester United are facing a ‘decisive few days’ when it comes to signing Porto star Alex Telles, reports say. The Brazil international has emerged as an alternative transfer target to Sergio Reguilon, who is poised to join Tottenham. And, should he sign, he’d compete with Luke Shaw and Brandon Williams for a starting berth.

Manchester United have made just one signing so far this summer, with Donny van de Beek arriving from Ajax in a £40million deal.

That’s in stark contrast to their Premier League rivals, who have strengthened all around them.

Tottenham have recruited well, too, with Gareth Bale and Reguilon now set to join the likes of Pierre-Emile Hojbjerg and Matt Doherty in north London.

And Arsenal have also been active, landing Pablo Mari, Willian and Gabriel Magalhaes.

United know they need reinforcements and had been interested in Reguilon. Now, however, they’re poised to miss out.

Speaking recently, Solskjaer admitted it had been difficult operating in the transfer market because of circumstances beyond his control.