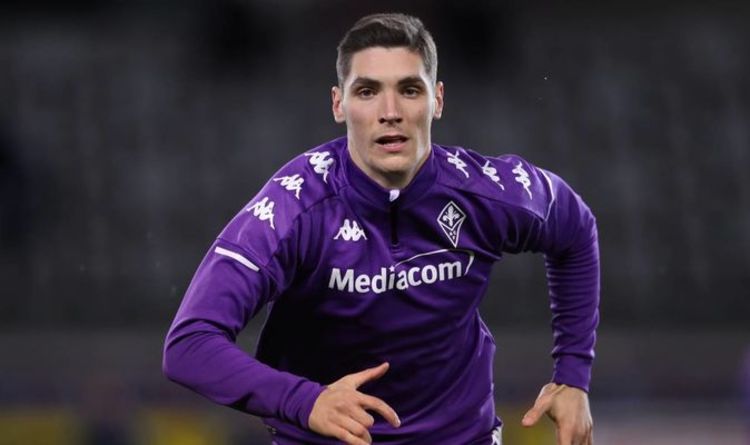 Manchester United are looking to sign Fiorentina star Nikola Milenkovic to strengthen their backline as Ole Gunnar Solskjaer desperately searches for a partner to Harry Maguire.

United have taken huge strides forward in their plan to snap up Fiorentina star Milenkovic with the price tag a huge incentive.

The Red Devils are desperate to bolster their backline after Solskjaer made it a priority area to strengthen.

Last summer, there were plans to move for a defender with several players linked but they opted against it in the end, with the Red Devils coach happy with his current options.

But a season that has seen the likes of Victor Lindelof and Eric Bailly encounter multiple fitness problems, Solskjaer wants a more reliable defender to deploy next to Harry Maguire.

The Serbian has long been on the club’s radar from when Jose Mourinho was in charge but it was believed he did not have enough experience.

But now at 23 and after two seasons of consistent performances in Serie A, the Red Devils are prepared to ramp up their efforts to land the centre-back.

For Fiorentina, he is one of the first names on the teamsheet and missed just one league match last season.

According to Constantin Eckner, United are one of several sides taking a closer look at Milenkovic and have been spurred by his comparatively low price tag.

At £30m, that would provide a snip compared to the other prices they have been forced to pay in the past.

Fiorentina are in a position to sell this summer with his contract set to expire in 2022 – with no plans to renew.

Milenkovic has many commendable attributes, including his versatility and is able to play at right-back.

That would kill two birds with one stone for Solskjaer, who is also keen on a player in that position to contend with Aaron Wan-Bissaka for the first-team spot.

The defender is also brilliant from set-pieces and has scored eight times in Serie A since the beginning of last season.