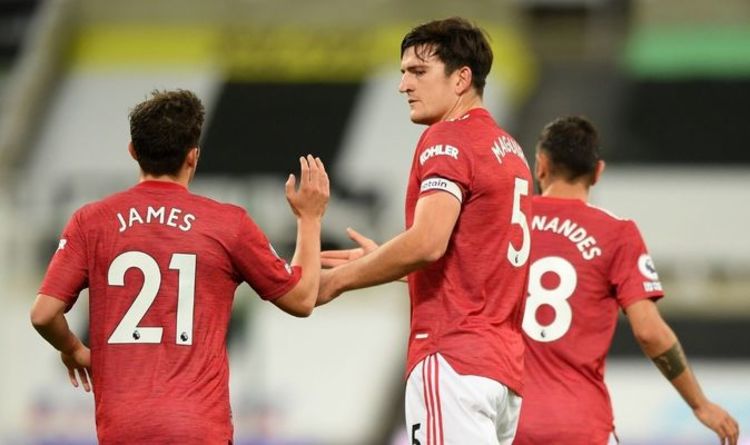 Ole Gunnar Solskjaer has explained that there was never any doubt in his mind that Harry Maguire was going to start at Newcastle. The Manchester United captain has endured a tough time both on and off the field in the past few months and many felt he was in need of a rest ahead of the trip to Tyneside.

Maguire was sent off in midweek for England against Denmark, following two yellow cards.

Solskjaer was more than willing to call upon him for the clash with the Magpies, despite his poor form.

He lined up alongside the returning Victor Lindelof at the heart of defence and ahead of the game, Solskjaer revealed Maguire’s mindset made the decision easy for him.

When asked whether the United boss considered dropping him, he told Sky Sports: “If he was fit, no.

At this point it was clear that Solskjaer was planning to start with Maguire in the North East.

“Yeah, we even gave Harry a rest in one of the games in the Carabao Cup [versus Brighton ], which we normally don’t do, because we wanted him to do some training. But he’s adamant that he’s ready to play,” he said.

“I don’t doubt his resilience in that respect and he’s very professional, so he wants to put himself ready for selection and then it’s up to me to choose him or not, if I want to take him out of the firing line.

“I haven’t considered that without him coming to knock on my door, to be honest. I speak to him regularly and he’s been very positive in his communication.”