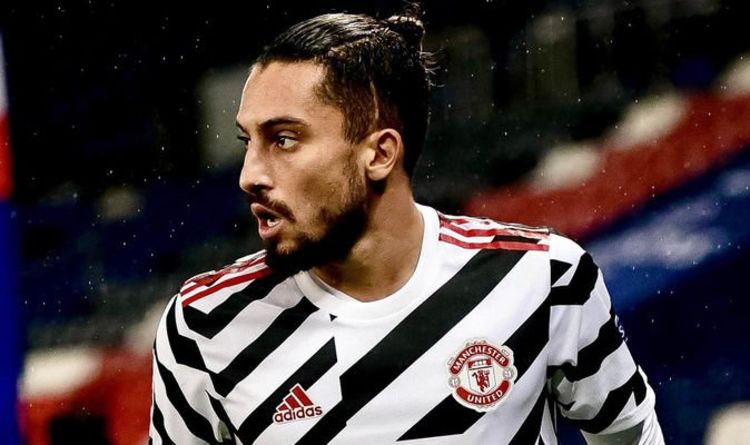 Manchester United boss Ole Gunnar Solskjaer has hailed Alex Telles’ set-pieces after the club’s 2-1 win over Paris Saint-Germain on Tuesday night. The Brazil international was making his first appearance for the club since moving from Porto on transfer deadline day. And he barely put a foot wrong, shining before being taken off for Paul Pogba in the second half.

Manchester United beat PSG on a dramatic night in France.

The Red Devils went ahead through Bruno Fernandes, who scored a penalty at the second attempt after Keylor Navas had saved his initial effort.

For a while, it looked as though United would have to settle for just a point with Anthony Martial inadvertently heading into his own net to bring PSG level.

But, in the closing stages, they struck again through Marcus Rashford.

The England international beat Navas with a powerful low drive, giving the club a much-needed three points in the process.

There were many positives for United at the Parc des Princes.

Aaron Wan-Bissaka and Axel Tuanzebe both stood tall amid the heat of the battle, while Fernandes, Fred, Scott McTominay and David De Gea were all at their best.

And Solskjaer, speaking after the match, hailed Telles’ deliveries on his first outing for his new club.

“I think we’ve shown today that we have a squad that can play different ways, different systems,” Solskjaer said.

“We played well against Newcastle.

“Alex was very, very good on his debut. We know his delivery is fantastic and we’ve got players back home with Harry [Maguire], Edinson [Cavani], Mason [Greenwood], Jesse [Lingard] and Eric [Bailly].

“So I’m looking forward to the next few months.”

Solskjaer also hailed Fernandes and Tuanzebe after the match, saying: “It’s a different feeling from the last time we won here, it’s at the start of the group stage but we’ve beaten a fantastic team.

“Last time it was a knockout and it was euphoric, this is sterile without the fans but it’s still excellent and we deserved to win.

“When you go away to a team like this against Neymar and Mbappe you have to defend well and your keeper will have to make saves. Axel Tuanzebe is a top defender and his first game in 10 months was a testament to the quality he has.

“Bruno missed two penalties in a row but he’s not going to stop taking them – he showed focus and character.

“We know we need 10 points to get through so next week’s game is very important. There are so many games.”

“We’re in a strong position now in the group but it’s the first game. The concentration levels we showed today we have to take forward into the next game.

“For me, they were both opportunities to win the game. As a striker, in the game late on, that’s the mentality. You might only get one chance. It gets us three points.

“It’s a good performance but also one where we have a lot to build on. I always believe in the team.

“As players, it’s important to believe in the system that the manager chooses to play. We did that fantastically.

“It was tough but we kept the intensity high. We had to defend very deep at times. They have some amazing players. In the low block it can be tough but the guys on the sides – the full-backs – they defended unbelievably. When we defend like that man-to-man, we can do really well.

“Every game requires different tactics and a different performance but what has to stay the same is the intensity. The intensity was key for us tonight.

“We kept going for 90 minutes. We are very happy today.”