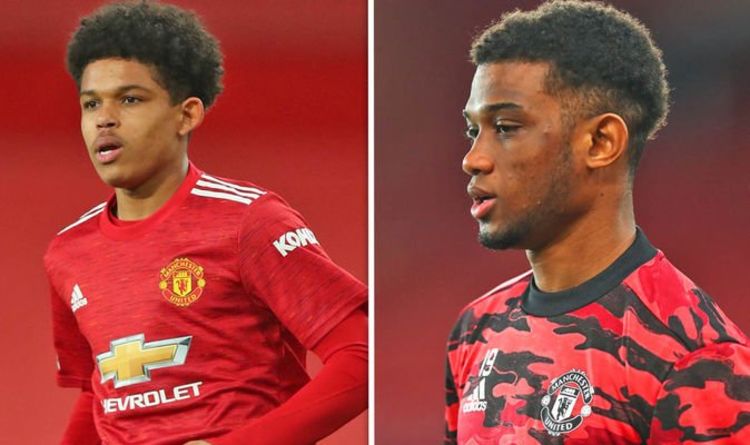 Manchester United boss Ole Gunnar Solskjaer has guaranteed fans Amad and Shola Shoretire will be in the squad for Thursday’s Europa League showdown with Real Sociedad. Both players are highly-rated behind the scenes at Old Trafford. And they’ve both given some minutes in recent matches.

United signed Amad from Atalanta in January and, against Sociedad last time out, gave him his debut.

Shoretire, meanwhile, came off the bench as the Red Devils beat Newcastle 3-1 on Sunday.

And now, speaking in the aftermath of their hard-fought win over Steve Bruce’s side, Solskjaer has guaranteed both will be in the squad for Sociedad.

However, he did insist they’d likely not start because it wouldn’t be ‘fair’ on them.

“Probably not,“ he said.

“Something might happen. It’s not something we think about – we just think about our own performances.

“To build momentum by going on the pitch and playing well is important.

“We have had a couple of setbacks in West Brom and Sheffield United where I can sit here and explain why we did not get the points we deserved but that’s not what I want to do. For me, the boys are really focused.

“We have been good at recovering mentally and physically. It’s not easy playing Thursday night [In the Europa League] and coming back here. Maybe that’s why we needed 45 minutes to get going.”

Meanwhile, Newcastle boss Steve Bruce has insisted his side will avoid relegation – despite falling to an eighth defeat in 10 games.

“Fulham have had a good week and won a couple of games, which at the bottom end of the table is big,” Bruce said.

“My message to the supporters is that I’m convinced we’ll be OK.”

Bruce also insisted he was happy with his side’s performance, adding: “I agree with you, it’s gloomy, but I was pleased with the performance today, especially in the first hour.

“But you have to turn those performances into results and I’m still quietly confident we will get the results we need.

“Of course fans don’t want to see their team at the wrong end of the table, I understand that totally.

“We have a unique fan base which makes us the club we have got, and of course they are anxious.”

United will go into the game against Sociedad 4-0 up from the first leg.

And they’ll look to rubber-stamp their progress to the quarter-finals of the competition as they hunt a first trophy since 2017.