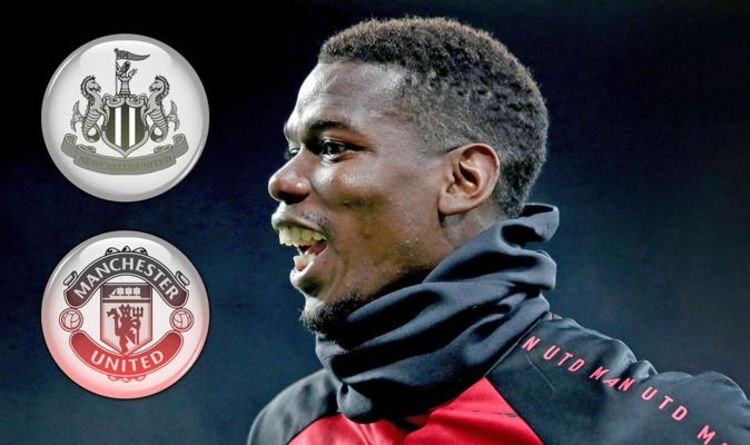 Manchester United boss Ole Gunnar Solskjaer has claimed he benched Paul Pogba against Newcastle because of minor injury problems. The France international was surprisingly absent from the Norwegian’s starting XI for Saturday night’s match at St James’ Park. But it seems he only missed out on a starting berth for precautionary reasons.

Pogba was awful for United as they lost 6-1 to Tottenham before the international break.

And, days after that defeat, the France international sparked anger among fans by talking up a potential move to Real Madrid.

Pogba has endured a nightmare start to the new season and, prior to Saturday’s match against Newcastle, had been substituted in matches against both Crystal Palace and Brighton.

But Solskjaer has insisted the 27-year-old was only left out of Saturday’s match because of minor injuries sustained with France during the recent international period.

“Paul had some back and hip problems when he was away with France so it wasn’t right to start him today,” said the 47-year-old.

For Maguire, it was a huge moment.

The England international has struggled for form since the summer and, in midweek, was dismissed for England as they lost 2-1 to Denmark in their Nations League clash.

And Solskjaer expressed his happiness for the Leicester star after the match, saying: “I thought he was excellent.

“He scored a goal and led by example. [He did some] great defending. When we’ve got the ball, he’s so calm and we can control it with him.

“And he had some great chances [to score more goals] as well.

“He’s always a good character around the place and I’m very happy for him because he’s had a couple of tough weeks since his last game for us.”

On Rashford, the Norwegian hailed the England international.

“What a centre-forward’s performance,” he said.

“He didn’t get too many balls to work with into his feet but he was working for every single one of them.

“He was running in behind, he was pressing, he was tackling, winning headers, everything a centre-forward should do.”