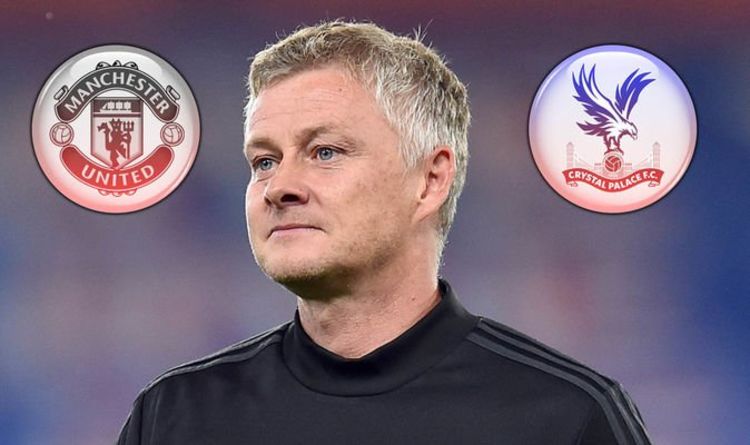 At the start of the season, both Marcus Rashford and Anthony Martial were under pressure. The Manchester United pair had blown hot and cold during the Jose Mourinho era and, with Romelu Lukaku and Alexis Sanchez both heading to Old Trafford, fans were expecting more. After Thursday night’s 2-0 win over Crystal Palace, however, there’s no denying Ole Gunnar Solskjaer has a double act up there with the very best in the Premier League.

After failing to beat Southampton on Monday night, slipping to a 2-2 draw at Old Trafford, Manchester United knew they couldn’t afford to drop more points.

Leicester upped the pressure on the Red Devils before their match against Crystal Palace, beating Sheffield United 2-0 at the King Power Stadium to boost their hopes of a top four finish.

And United, having lost against the Eagles on home soil earlier in the season, could have been forgiven for being fearful.

They certainly looked nervous at times against Palace, with Victor Lindelof particularly shaky and vulnerable at the back.

But, thanks to Rashford and Martial, they got the job done.

Rashford opened the scoring just before half time, keeping his cool to neatly slot past Vicente Guaita in the Palace goal.

And, just as the tide of the match was starting to turn in Palace’s favour, Martial then got a crucial second goal.

It was a big contribution from the pair in the biggest of showdowns. Dropping points, at this stage of the season, would have been a hammer blow.

Instead, they can now dare to dream of Champions League football again. They have just two matches left to play in the league and, if they win both, they’ll be rubbing shoulders with Europe’s elite next season.

And Martial and Rashford both deserve immense credit.

When Lukaku went back in the summer, moving to Serie A giants Inter Milan in a huge £73million transfer deal, many were critical.

How could Solskjaer hope to start a United revolution by placing his faith in two players who had yet to score 20 goals in a single season? That was, by and large, the overwhelming consensus.

In fairness, they had a point.

Last season, Martial only managed 12 goals across all competitions as the club toiled under both Jose Mourinho and Solskjaer, finishing sixth in the table.

And Rashford could only equal, and not better, his tally of 13 goals from the previous season.

Lukaku had also toiled last time out but had the advantage of being an established goalscorer. One season of underwhelming displays hardly suggested his time at the top of the game was over.

Yet it was at United.

Solskjaer chose to cut him loose and Lukaku was happy to go to Inter to play under Antonio Conte, somebody he’s always deemed one of the best managers on the planet.

And, in the time since, Martial and Rashford have stepped up.

Both men were given the chance to prove themselves at United by Louis van Gaal who, upon leaving, tipped them for a very bright future.

And the Dutchman’s prophecy appears to be right, with the pair now arguably one of the best double acts in the entire Premier League.

They’ve both got 22 goals to their name and, with United still having two league games as well as FA Cup and Europa League matches to play, few would bet against them scoring more.

Solskjaer has spent hours on the club’s Carrington training ground attempting to coax the best from the pair. And that now looks like time well spent.

With Martial and Rashford only poised to get better, so will United. A season that at one point offered precious little could now end with a top four finish – and silverware.